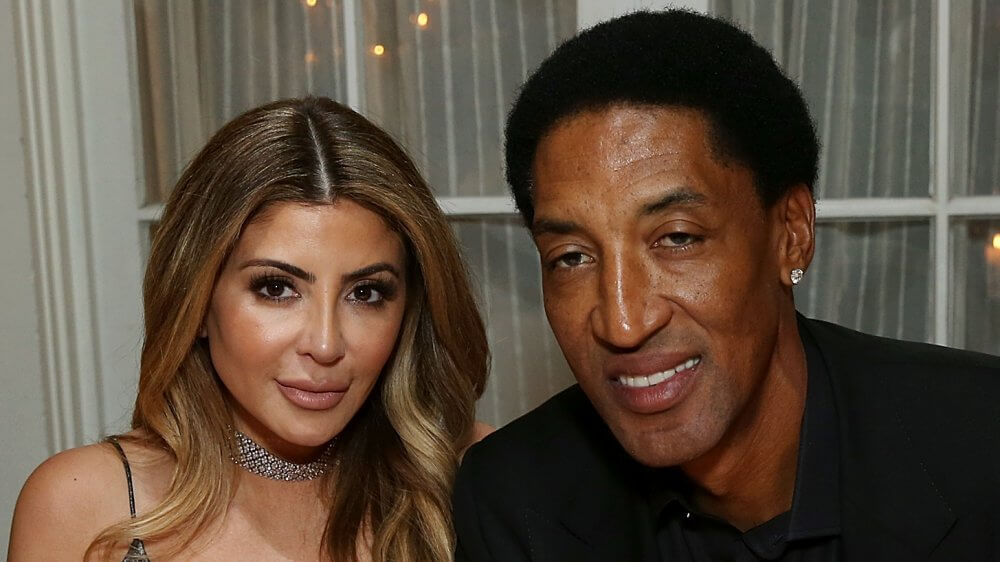 Larsa Pippen dished about what her ex-husband, Scottie Pippen, said about her relationship with former boyfriend, Malik Beasley, during the most recent episode of the “Real Housewives of Miami.”

Larsa became emotional during a discussion about selling her longtime family home with co-star, Lisa Hochstein.

Larsa said—“I think it’s just hard because we are a family,” adding that it had been three years since the couple filed for divorce for the second time, in 2018.

Larsa split from the former NBA star in 2015, but the pair reconciled in 2017. Lisa responded by suggesting that a “serious relationship” might incentivize her to finalize her divorce. She asked the mom of four if Scottie becomes “upset” by her dating other men. Larsa revealed that Scottie had weighed in on her romance with the 25-year-old Minnesota Timberwolves player.

Larsa was first romantically linked to Beasley in November 2020, but the duo split after four months.

As reported in February—Larsa doubled down after insisting that she did nothing wrong when she decided to date the married NBA star.

The former Keeping Up With the Kardashians drop-in spoke to “Hollywood Unlocked” about her decision to become involved with Beasley, alleging that he was separated from his wife, Montana Yao, at the time. Larsa pointed out that his status could be confirmed: “if you spent a minute Googling their situation.”

She admitted that she wasn’t happy about how their relationship was exposed. Photos surfaced of the couple walking hand in hand through a mall, in late November 2020. The viral images blindsided Montana, who swiftly filed for divorce.

People confirmed that the pair had split after a four-month relationship.

“They’re friends and still in communication but are not together,” an insider told the outlet at the time. “Distance played a role in the breakup.”

Beasley was sentenced to 120 days in jail, as his romance with Larsa was making headlines. He served 78 days for one felony count and three threats of violence.

Larsa also spoke out about the end of her marriage to Scottie, on the recently aired RHOM episode.

“Going through my divorce, I felt really guilty,” the reality star said in a confessional spot. “I felt like I let my family down, even though other people on the outside thought like, ‘Oh, you have everything. Why are you not happy? You have everything.’ And I’m like, ‘But the things I really need to feel good about myself are not things that you would see.’ Like, there’s stuff that goes on in our home and most people don’t know what really goes on in your home.”

Larsa continued— “We were fighting a whole lot. It just didn’t work anymore. We kind of were living two separate lives. I was in one state, he was in another. We just kept purposely missing each other. But then, we were still together. I didn’t want to stay in a relationship that didn’t work. But you’re always a mom, that never changes. You might be married, you might be divorced, but you’re always a mom.”

“The Real Housewives of Miami” is currently streaming on Peacock.