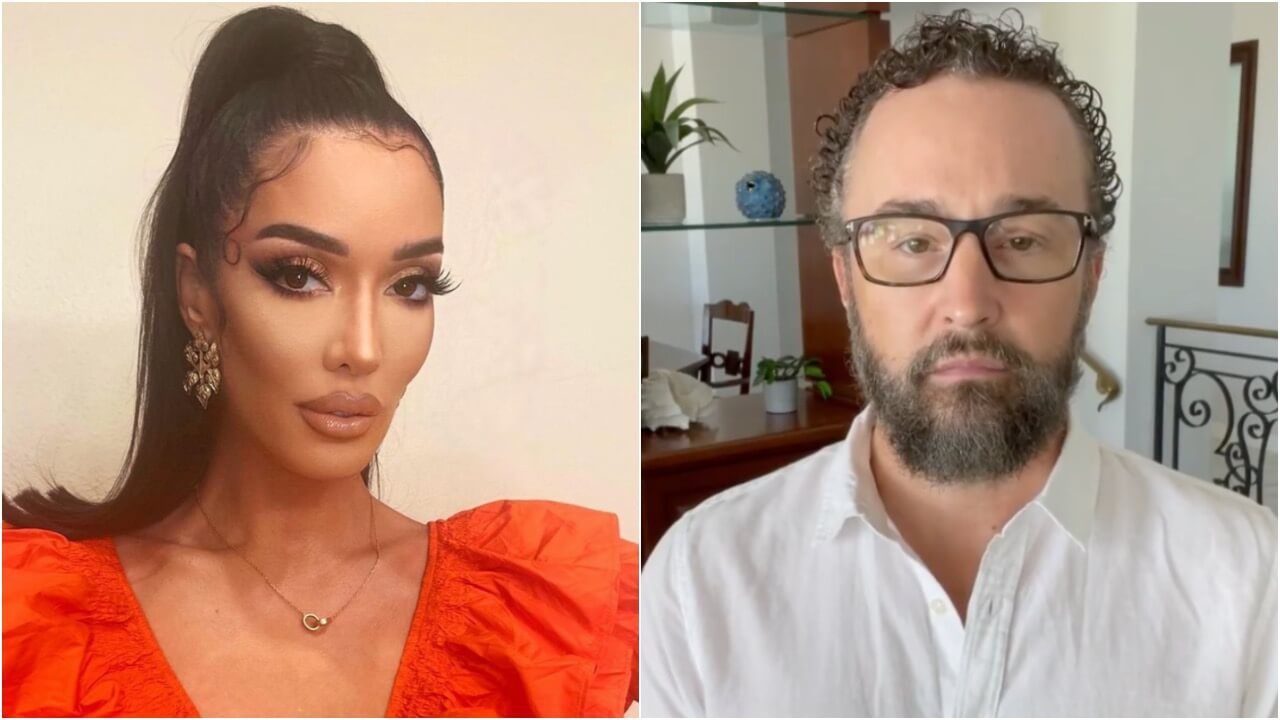 James Bergener continues to fight back against claims made by his estranged wife, “Real Housewives of Orange County” star, Noella Bergener. The personal injury attorney has put out a lengthy statement after being slammed by accusations circulating on social media and/or highlighted on the Bravo show, in recent weeks.

James posted a previous three-part video series on Instagram in response to Noella’s allegations and recently enlisted his legal team to draw up a timeline of events that relate to the estranged couple’s crashed relationship and subsequent divorce.

Marissa A. Oxman and Simon Aziz Budhwani of Core Law Group put out a statement on Wednesday night, in an effort to fact-check the Bravo newcomer.

They continued—”Sadly, online public shaming can be a tool for emotional and financial leverage. Noella Bergener has used social media and television to do just that. Our goal is to provide the public with the facts related to James Bergener‘s ongoing divorce from Noella Bergener.”

The lawyer’s disputed Noella’s claim that James had abandoned his autistic son, writing that James has supposedly “not and will never abandon his son. He loves his son dearly. Any insinuation to the contrary is a lie.”

“James hopes this public release speaks truth to the derogatory statements Noella continues to spread,” the statement read. “James will not tolerate Noella exploiting their son for fame or financial leverage. James asks everyone to, please, respect his son’s privacy and to not believe everything they see on social media and Real Housewives.”

James’ lawyers claim that the duo dated five years before tying the knot on June 18, 2020. They say that the couple moved to Puerto Rico in late 2020 and were granted permanent residence in January 2021. The attorneys claim that the “only house they own is in Puerto Rico” and that “Noella made several social media posts in 2021 sharing the family’s excitement” about residing there.

In May, Noella allegedly “left the family home in Puerto Rico and returned to California to pursue a television role on ‘Real Housewives of Orange County.’”

James alleged that Noella changed after joining the cast, and even put the show above her family. James supposedly stayed put in Puerto Rico, while Noella moved back to California to film RHOC.

“In late July 2021, James told Noella he did not want their son to be part of the Real Housewives television show,” his lawyers claim. “James does not want their son exploited for fame and ratings. (We aren’t mentioning their son’s name for the same privacy concerns.)”

James’ team claims that Noella‘s attorneys “told our firm that Noella was going to file for separation from James,” prompting James to file “for divorce the next day in Puerto Rico.”

The statement does not address James’ massive $5.8 million tax debt, which Noella cited as her reason for seeking legal counsel.

“After multiple hearings, a Puerto Rico judge ruled Puerto Rico is the appropriate jurisdiction for the divorce proceeding,” claims James’ legal team. “James and Noella both appeared, represented by Puerto Rico lawyers, and made their respective cases. Noella’s public claim that there was a ‘fraudulent divorce’ is simply false.”

James alleged that a Puerto Rico court granted their divorce on December 8.

“Custody and financial issues will be addressed separately if a settlement is not reached,”  the statement read, adding that the estranged duo “participated in mediation and ongoing settlement discussions about custody and financial issues of the one-year marriage. A retired judge acted as mediator. James and Noella have both been represented by lawyers during settlement discussions. James believes his proposals are fair, generous, and within the bounds of the law.”

The legal team added that James had “repeatedly asked to see his son since August 1” and that he’s “paid substantial sums in childcare, housing, therapy, health insurance, food, other expenses for his son, and amounts that supplement Noella‘s lifestyle.”

“James feels Noella is withholding their son and using the media to get more than she is entitled. James feels extorted.”

James posted screenshots of the statement on his Instagram Story, along with past comments that he believes bolster his claim that Noella and his son lived with him in Puerto Rico as a family unit.

“I’m confused, does your son live in Puerto Rico and your daughter here in the states?” an Instagram user asked the reality star, last spring.

“To call it confusing is saying the least. My daughter is from my previous relationship and in an effort to support her relationship with her bio dad I make the commute,” she replied.

Noella spoke to another curious commenter about a week later, writing— “We’re 3 months in Puerto Rico and have never felt more at home.”