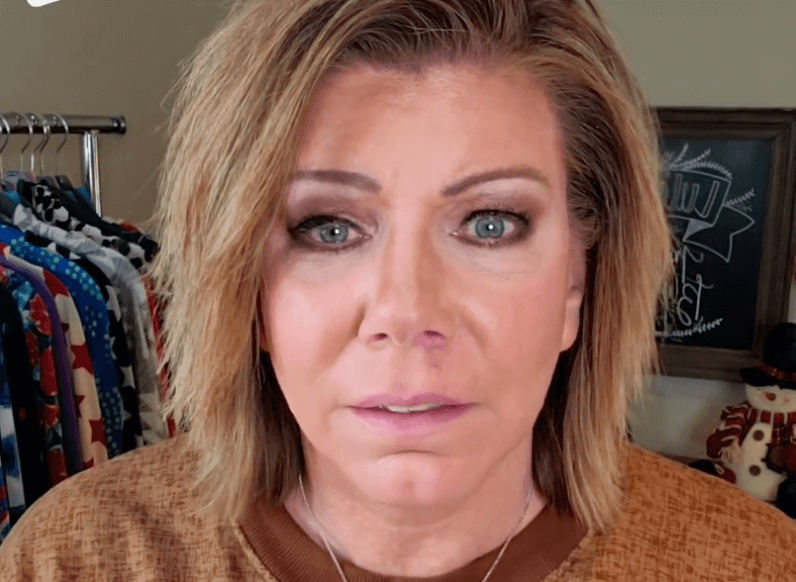 Meri Brown fired back at a viewer who labeled her “desperate” as “Sister Wives” continues to feature her awkwardly platonic relationship with her husband, Kody Brown. Meri has made it clear that she would welcome any attention from her disinterested spiritual husband on the current season of the TLC show—and was forced to defend her behavior on social media, earlier this month.

Fans of the show have long encouraged Meri to walk away from her marriage, especially after the already shaky relationship collapsed during  Meri’s messy involvement with an online catfish. Kody has repeatedly stated that their romance is over, and both sides have acknowledged that their relationship exists only in the friend zone. Kody does not spend time with Meri, who has lived alone throughout the pandemic. Meri has made several comments on the show pointing to a growing desperation for Kody’s time and attention.

Meri even half-joked to “send” Kody her way, after Janelle, Christine, and Robyn complained about spending too much time with their communal husband.

Meri recently shared a video on Instagram and captioned the post—“Knowing who I am, knowing my value, knowing my worth, loving my life and all it’s adventures, that’s Livin’!”

A viewer sounded off in the comment section, writing—“Yea I like the quote but if it’s true you’re striving for this why the desperate act all [sic] of a sudden this season. I thought you’d be [miles] ahead of Christine as the wife that breaks away.”

Kody’s third wife, Christine Brown, announced that she had left Kody and the Brown family, in November.

Meri fired back, writing—“Oh I’m SO not desperate. I’m sorry that’s the interpretation you’re putting on it! Peace!”

The Instagram user clarified the meaning of the comment, writing—“No I never thought you were desperate. That’s why I said ‘act.’”

The person explained that Meri’s behavior on the show does not match the confident persona she puts out on social media.

The person wrote—“You must see how the comments regarding Kody wanting any scrap of attention seems completely different from the persona we see here in ig. Maybe it’s the editing? But it’s still you saying it with a little laugh but still.”

“Who has the energy to be married to a casual acquaintance who basically tells you it’s irreparable??” the viewer asked.

The fan ended on a nice note, wishing Meri freedom from her lifeless marriage.

Meri took to Instagram on Thursday to share how she plans to shake things up for 2022. She shared a quote from Boss Babe to communicate her message.

The quote read—“2022 is going to be different. I’m not the same after these last two years. I’ve grown, I’ve been humbled, and I’ve changed for the better. I know who I am and what’s important to me. I’m no longer tolerating s**t that takes away my peace.”