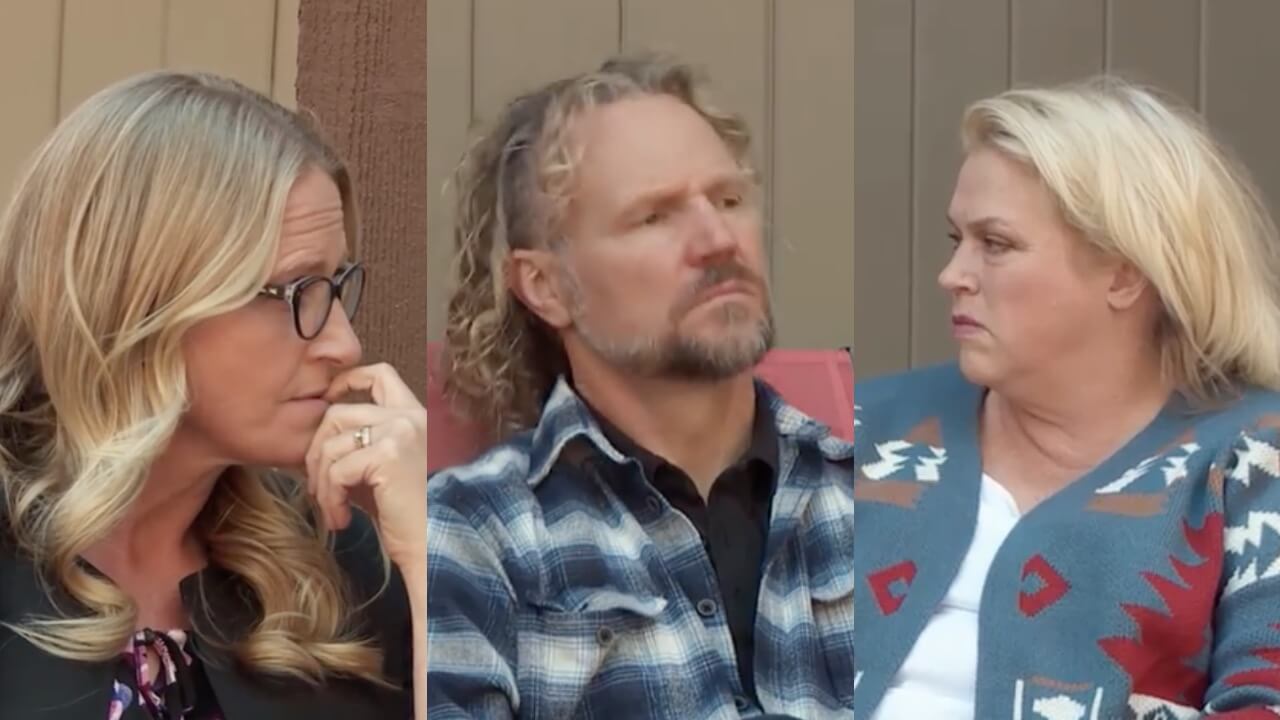 Christine Brown and Janelle Brown choose their kids over their shared husband, Kody Brown, in the upcoming episode of “Sister Wives.”

In a released sneak peek preview of Sunday’s episode, Kody makes it clear that he isn’t happy that two of his wives are spending Thanksgiving with their children instead of with him.

The group gathers to discuss their holiday plans in a socially distanced discussion, where Janelle and Christine confirm that they’re headed to Utah to spend Thanksgiving with their kids.

Kody reveals how he feels about their decisions in a confessional spot.

“They’re all saying they want to get back together, but Christine has made it clear to me now that she would rather be with [her daughters and sons-in-law] Aspyn and Mitch and Tony and Mykelti than with me,” the polygamous patriarch says before shifting his attention to Janelle.

“Janelle is indicating by her actions that she would rather have the boys around than me,” he says.

Meri Brown and Robyn Brown confirm that they plan to spend Thanksgiving in Arizona—but Kody remains frustrated over the two women fleeing the state.

Meri shares her own frustrations over the family’s holiday divide.

Kody continues to push his point but denies that his intent is to guilt the ladies into staying in Arizona.

“Our struggles in our family relationship are probably because I suck at them,” he says. “I’m not telling you how to live your lives anymore. You guys are independent women, you can do whatever you want.”

The TLC dad pushes his wives to consider the “bigger picture” commenting— “I would ask you to consider a much bigger picture, the picture that I have to see. No guilt trip, just a little prick to your conscience and you guys decide what you do.”

“Because I am not gonna tell this family how they do it. I am going to lead the way that I think is the right way,” Kody adds.

Christine shades Kody’s motives in a confessional spot, remarking—”He’s not trying to guilt-trip us? I’m pretty sure that was a guilt trip.”

“If he wants me to make a choice between him and my kids, my kids will always win. Every single time,” Christine concludes.

The TLC show’s 17th season was filmed ahead of Christine’s decision to leave Kody and the Brown clan. She announced that she was splitting from Kody after being together for 25 years, in November.

“After more than 25 years together, Kody and I have grown apart and I have made the difficult decision to leave,” she wrote on Instagram. “We will continue to be a strong presence in each other’s lives as we parent our beautiful children and support our wonderful family. At this time, we ask for your grace and kindness as we navigate through this stage within our family.”

Christine shared about how she and Kody were co-parenting their children post-split in a shared video.

“We’ve been high-key communicating with each other and stuff. We have good and bad days, don’t get me wrong,” she said. “But, we have a life still together after this because we have kids to raise and Truley’s 11. So we have to be good and amiable and things like that. I think it’s just important to remember that.”