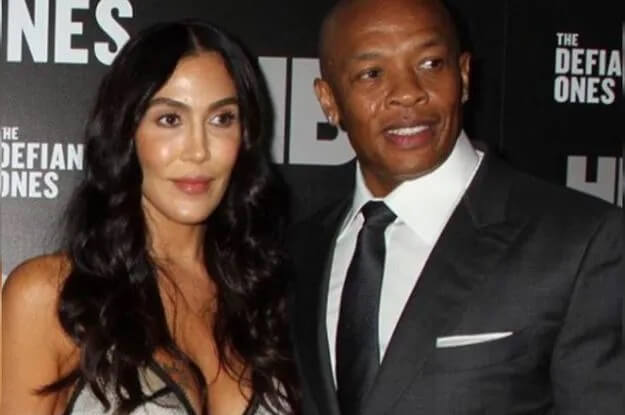 Dr. Dre and Nicole Young have finally settled their lengthy divorce war. TMZ reported Tuesday that the music mogul will pay his ex-wife $100 million. Dre, who has an estimated worth of $820 million, will pay out the first $50 million now and the second half in a year.

Andre Romelle Young, aka Dr. Dre, will retain ownership of the couple’s real estate and keep rights to his music and stock options, which include all income from the sale of Beats by Dre. Nicole will keep four vehicles, a Rolls Royce, a Cadillac Escalade, a motorcycle, and a Range Rover. She will also hang onto her pricey collection of clothing, jewelry, bags, and furs— which are reportedly worth millions.

A source close to the 56-year-old musician told the outlet that Nicole could have raked in more cash if she had settled the financial beef a year ago.

“She could have even been on the field for the Super Bowl halftime show as a friendly ex-wife,” the source said.

Nicole, 51, will not be receiving spousal support, per the settlement agreement.

The rapper filed documents in April, asking to be declared legally single amid the couple’s nasty divorce case. He was ordered to pay his ex millions in legal fees and spousal support as the case played out. A judge restored Dre’s bachelor status in June, granting the musician’s request. Dre asked the court to grant his divorce request back in March, after declaring that there was no saving the relationship.

Nicole asked the court for a restraining order amid their ongoing divorce war, describing details of multiple alleged domestic violence incidents, including one that accused the rapper of knocking her “out cold” in a drunken rage.

Nicole requested a restraining order against her husband after giving a graphic list of violent assaults she claimed went down during their marriage.

Nicole accused Dr. Dre of punching her “squarely in the face” knocking her out “out cold,’ in one shocking claim. Nicole outlined many alleged “incidents of domestic violence he perpetrated against me prior to‚ throughout our marriage,” in the restraining order request.

Dre denied all physical violence against his wife, in his response to the filings.

The famous producer responded to the accusations via a filed opposition to the restraining order. He denied all violent acts and accused his ex-wife of lying in order to “obtain money” from their divorce.

“I have never hit, attacked, stalked‚ molested, assaulted, threatened, or abused Nicole in any fashion‚ at any time,” Dre said.

He added— “Nor have I ever surveilled or followed her or had anyone to do so. At no time were the police ever called during our marriage. There were never any domestic violence claims made by Nicole during our marriage, formal or informal. There is no documentary evidence of any alleged abuse.”