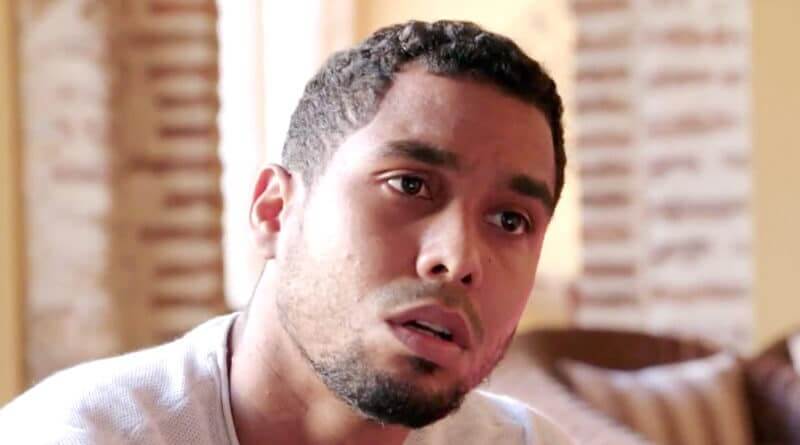 The Family Chantel star, Pedro Jimeno, has been busted in a fake storyline and AllAboutTheTea.com has the shocking details.

A 2014 photo obtained by AllAboutTheTea.com reveals Pedro Jimeno smiling alongside his half brothers, his sister Nicole Jimeno Morel, and wife, Chantel — an image that flies in the face of “The Family Chantel” narrative.

The recently concluded season of the TLC show chronicled Pedro Jimeno’s search for his absentee father. His search involved speaking to a paternal cousin in New York, followed by a supposed first-time meeting with his father’s other two sons, Pedro Jr. and Jonathan.

The snap was reportedly grabbed from the Instagram account of the wife of one of Pedro’s half-brothers. The discovery upends Pedro’s storyline, as his quest to find his father was based on the TLC star not knowing his two half brothers. Pedro’s search was motivated by a desire to hold his father accountable for abandoning him, his sister, and his mother.

The Fake Sit-down Filmed For TV

Pedro and his sister, Nicole, were born as a result of their father having an affair with their mother, Lidia.

During a recently aired episode of The Family Chantel — Pedro sat down with his half-brothers in the Dominican Republic to hear about their experience with their father. One brother noted that they were “shocked” to find out about their father’s infidelity.

“And truth is he was an exemplary father in that sense,” one brother said. “At home he was very strict. But he was always there, like, real responsible with work and so on. I know that’s a painful thing for you too, for one that longs to have a father. I mean, it’s hard, I understand. But yeah, that’s the dad we got.”

“So for me, it was very shocking when we found out,” he added, about their father’s affair.

Proof Pedro and Nicole Have Known Their Half-Brothers Since 2014

The 2014 photo pictured below, which has been circulating on social media, features a years younger Pedro, his wife Chantel Jimeno (with her old nose),  and sister  Nicole Jimeno Morel, and Pedro’s two half-brothers. The photo is captioned — “Jr2 Bday.” See below.

The fan page that exposed the photo captioned the revealing snap — “I swear. Some people are miserable. Yes this is real. Yes Chantel & Pedro are together for at least 8 years. Yes this is from 2014. No this is not fake. I didn’t want to out his brother’s wife on blast but here you go. ( you want to believe that i am the Villain when TLC is doing fraud).”

The photo presents a significant credibility issue for Pedro, TLC, and the “90 Day Fiancé” spinoff series. Fans are questioning the entire premise of the just concluded season, putting all involved in the hot seat.

Fans have been expressing outrage over the photo, and have been slamming “The Family Chantel” for manufacturing what appears to be phony drama.

“The Family Chantel” is currently on hiatus.