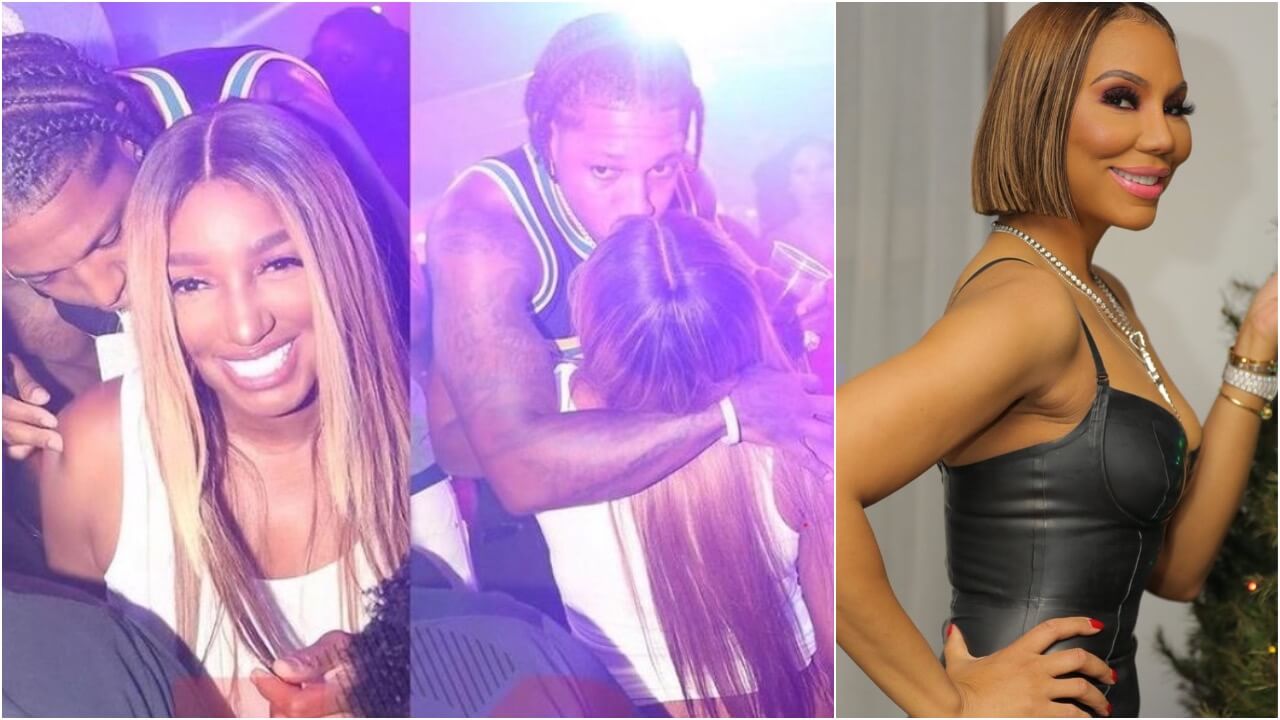 NeNe Leakes’ alleged young lover wants to “clear up” rumors about his reported love connection to the “Real Housewives of Atlanta” alum, amid her seeming denials.

Videos and photos of NeNe cozying up to a much younger man hit the internet last week, leading the former Bravo star to take to Instagram to reaffirm her romance with her new man, Nyonisela Sioh, to her millions of followers.

NeNe’s alleged side piece, Temper Boi, then took to the platform to write—”Since y’all think I was hurt, Imma clear all that s–t up. This week!!”

As reported—Nyonisela Sioh was recently snapped by NeNe’s side during her 54th birthday bash, three months after Gregg’s passing. The former “Glee” actress posted a series of photos from the event, which was organized as a surprise by the reality star’s son, Brentt. The celebration was held at NeNe’s club, the Linnethia Lounge.

NeNe was seen snuggled alongside Temper, a barbershop owner/ promoter, in a bed on social media, last week. Another video revealed Temper kissing the reality star’s forehead while dancing close to her in a nightclub. The Neighborhood Talk scored the videos and reported that local rumors point to NeNe snagging not one but two new men.

Temper later tried to brush off the rumors as “false headlines” but many believe that he was the one who leaked the eyebrow-raising videos and photos. He never clarified what headlines he was labeling false, and appeared to hint that a romantic relationship did occur at some point in time.

“Since mf’s wanna leak my s–t and run false headlines might as well share the truth… last few months been amazing and eye opening,” Temper wrote on his IG Story. “Nothing but love for you Linnethia and I wish you the best.‼️‼️‼️”

He also told The Shade Room that he and NeNe were “more than cut buddies but less than exclusive.” He added that their relationship “hasn’t really ended.”

Tamar Braxton, a close friend of NeNe’s, was pulled into the drama after sounding off in the comment section of the outlet’s post, calling Temper “messy.” He fired back, claiming that the pair had met when he wrote— “I knew ur a** was fake when I first met you at the dinner table [rolling eyes].”

He also set a photo snapped with NeNe against “My Collection” by Future. Temper wrote out the lyrics “Even if I only hit you once, you part of my collection” for his pointed post.

Neither NeNe nor Tamar responded to his comments.

NeNe’s alleged boy toy has been hit by accusations of “clout chasing” and NeNe has seemingly laughed off all of the allegations. The ex RHOA star recently shared a series of photos and videos captured during a holiday date night with Sioh, teasing her followers when she quipped “Almost Christmas Eve. Having dinner with…” before panning the camera over to her new boyfriend and breaking out in laughter. NeNe later added two selfies of the duo punctuated with a heart emoji and a video of the pair smiling during a drive.