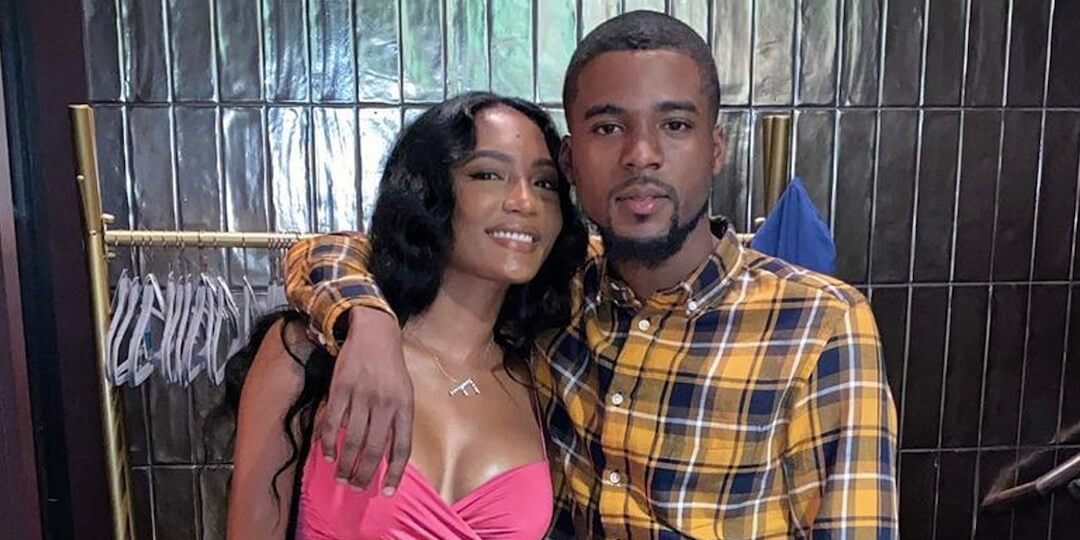 Falynn Pina shared the first image of her newborn daughter on Instagram, Monday. The former “Real Housewives of Atlanta” star welcomed her daughter, Emma, with fiancé, Jaylan Banks, in November. Falynn has three sons, Troy, Dylan, and Liam, from a previous relationship.

“Emma is the easiest baby,” Falynn told E! News about her first daughter. “Troy, Dylan, and Liam love helping out and being big brothers to her.”

Falynn and Jaylan announced that they were expecting their first child together in August, by posting a video announcement on Falynn’s YouTube channel.

“We’re adding another little one to the crazy bunch,” Falynn revealed. “It is Jaylan‘s first baby, so welcome aboard.”

Falynn and Jaylan got engaged in October.

The reality star added that she believed that Jaylan would make a great dad because he was already “an amazing father figure” to her sons.

“Falynn did such an amazing job,” Jaylan told the outlet in November. “She’s literally Superwoman. Emma is beautiful and perfectly healthy.”

Earlier this month, Falynn gushed over how Jaylan had jumped into the roles of caring father and doting fiancé.

“This man really knows how to warm my heart. Emma had an upset tummy last night and for you parents out there, you know this can be brutal,” she wrote. “Let’s just say I didn’t get but an hour of sleep. My fiancé woke up this morning, took Emma from me, cleaned the house, and woke me (hours later lol) with breakfast in bed, flowers, and a card with a special surprise inside that had me cracking up bc it did not need no expiration date!”

“I woke up with breakfast, a clean house and a laugh with my best friend. Life couldn’t get any better,” she added.

Falynn took to Instagram on December 11 to reveal her “push gift” from her fiancé—a 2022 Range Rover.

“OMG OMG!!! I know they say Scorpios do it best but my fiancé is truly full of surprises!” she wrote. “I’ve never received a push gift before but I definitely DID NOT expect this. Though I absolutely love my gift, I love having you as my husband-to-be even more.”

Falynn’s cute Instagram share comes after she lashed out at Porsha Williams for mentioning her child during an appearance on “Watch What Happens Live.”

Bravo fans know that Porsha is currently engaged to Falynn’s ex-husband, Simon Guobadia. Porsha worked to set the record straight about her relationship with Simon during a recent press tour.

Andy Cohen asked Porsha if the opinion that she “stole” Simon from Falynn was the biggest fan misconception.

“I talked about it on the show at the beginning that I just beared through the tough social media bashing..all that. And it’s okay because I’m a grown woman and I make my choices,” Porsha said. “She’s also grown. She has had her baby. Congratulations. I’m happy for her and her fiancé. It’s just grown folks making decisions. That’s all it is.”

Falynn delivered a heated response to Porsha’s mention of her newborn during a subsequent interview with Tisa Tells.

“A lion does not acknowledge a sheep. And I’ve always said nothing but, ‘I’m happy for her union.’ Don’t get me twisted. Ever…ever. Don’t mention my child. Ever,” Falynn warned.

She continued—“You can say whatever you wanna say…Anybody can say whatever they wanna say about me. This is my career. I didn’t choose it. But I was thrown into it and I ran with. I made lemonade out of lemons. I get it. Cool. So be it. I’m as real as they come. But I’m too real. Okay? Don’t mention my child. And we can leave it at that.”