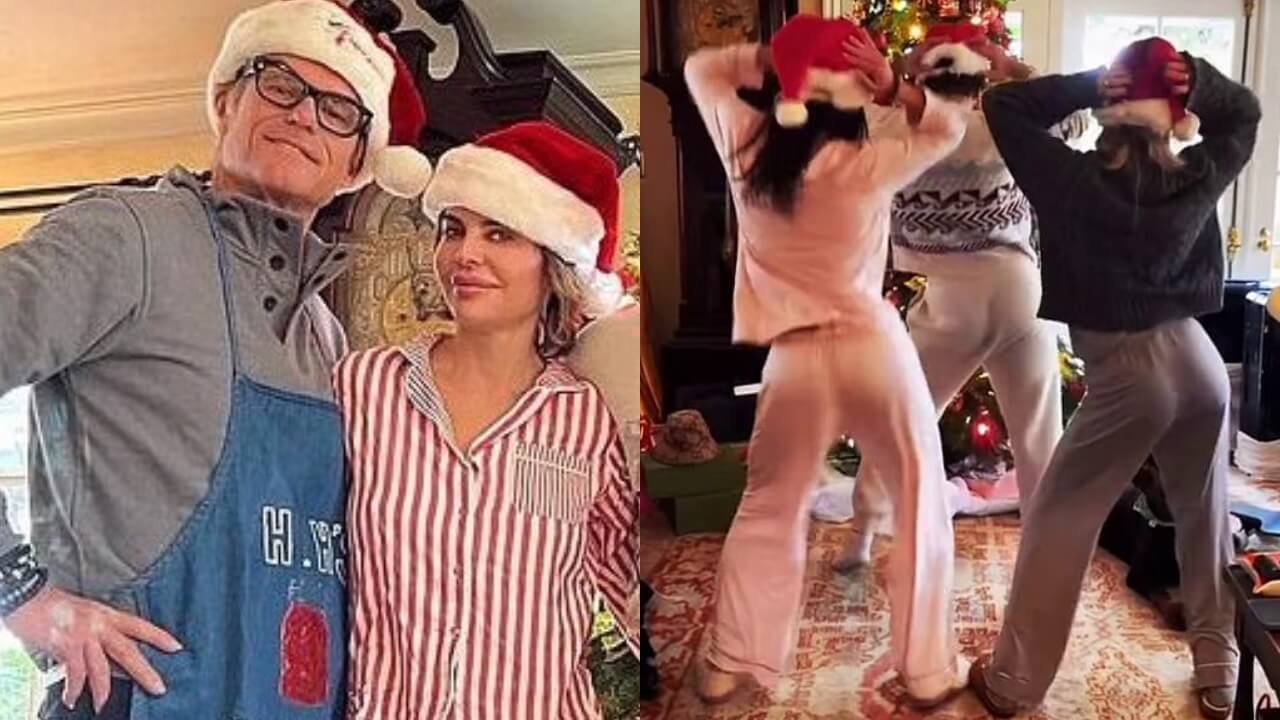 Amelia Hamlin was mortified after her mother, “Real Housewives of Beverly Hills” star, Lisa Rinna, posted a group dance video captured during the family’s Christmas festivities, without her consent.

The reality star posted the booty-shaking video on TikTok before sharing it on Instagram. The video featured her two daughters, Amelia Gray, 20, and Delilah Belle, 23, dancing to “Do Ya Think I’m Sexy” by Rod Stewart.

“No way you posted this,” Amelia commented which led to Rinna, who has 3.1 million followers on the platform, deleting the post.

Amelia, Delilah, and Delilah’s boyfriend, Eyal Booker, shook it for the camera in the choreographed performance, which featured a few hip thrusts. They all wore Santa hats and pajamas during the Christmas-themed routine.

The model wrote—“No way you posted this. Plz no. Like we said we’d do it for you not for the internet thank y,” after seeing that the Bravo star posted the video on Instagram.

Rinna, 58, commented back—“Of course I did. Duh,” but eventually deleted the video from her page after seemingly feeling the heat from her daughter.

Booker, a former Love Island personality, added under the video “Hahah oh no.”

Rinna captured the silly video as part of the family’s Christmas Day celebration, alongside her daughters and her husband, actor, Harry Hamlin. The clan wore matching hats embroidered with their names as they opened their presents. Amelia shared that her “most special gift” was a book of photographs of her maternal grandmother, Lois Rinna, who passed away last month at the age of 93.

The family moved the festivities to the beach the next day, as Amelia shared a photo of the sisters hugging their father. The model posted another series of selfies later that evening— captioning the sexy pics “Happy Holidays.”

The holiday fun comes after the RHOBH star was slammed for “profiting off” the death of her mother by offering a free lipstick named after the deceased 93-year-old, only days after her death. The Bravo star announced a special offer for the “I Love Lois Lipstick,” on Instagram, in November.

“Last chance to get a free I Love Lois Lipstick with every order! Offer ends tonight at 11:59pm PST so don’t miss out!” a caption read alongside an image of the vibrant red lipstick.

The giveaway invited lots of blowback from the brand’s followers—as many believed it to be a tacky marketing ploy. Customers were required to make a purchase in order to receive the Lois-themed freebie.

Lois DeAndrade Rinna passed away on November 15, after suffering a stroke.

The backlash did not stop Rinna from continuing the promotion the next day. The Bravo star showcased her famous pout during a Monday morning video share, rocking a different shade of lip color from the “I Love Lois” shade.