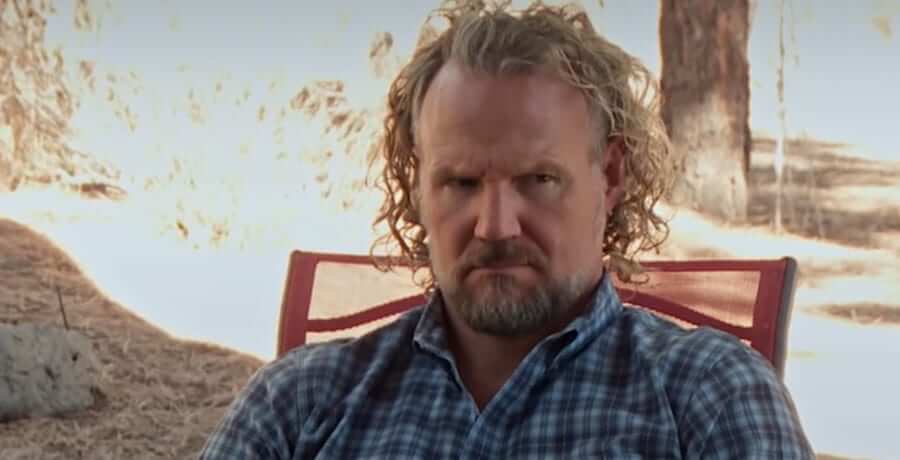 This week on Sister Wives, every wife is in an uproar. After her recent surgery, Ysabel Brown has been socially distant and following Kody Brown’s Covid protocols and wants to see her siblings, and Ysabel’s mom, Christine Brown, is upset that Ysabel is denied in seeing Robyn Brown’s children, but there is a nanny who comes and goes from the house. Viewers were shocked in the last episode to hear that Robyn and Kody have a nanny. Janelle Brown loses it over holiday gathering discussions. And Meri Brown is following every rule and still can’t get Kody’s attention.

As the show opens, Kody says something very telling. He says he’s going over to Christine’s “just to visit.” When it’s your wife and your home, you are not visiting. Kody sits outside, distant from Christine to check on Ysabel. Kody says he wants to be united as a family, and he’s asking Christine to maintain this post-Ysabel-quarantine so that he can come to her home again. He wants her to stop going places and to stop having people over so that he can come back. As we wonder why he doesn’t go into the house, it’s later shown that Mykelti Padron and Tony Padron were there visiting.

Christine says he used to be there two times per week, but the other wives validate that he had a two-day rotation (2 Robyn, 2 Christine, 2 Janelle, 0 Meri) and then during Covid, he tried to do more days with each wife before moving on. Kody really does think that Christine is being irresponsible, particularly with Truely Brown’s former kidney failure.

Christine says it’s not about her behavior. It’s about her misbehavior. Christine wants to revisit the “family agreement” made six months ago. Robyn and Janelle say in the production interviews that they are doing normal things like wearing masks, hand sanitizing, and distancing in public. Then Robyn says, “We don’t have visitors and we don’t go visit people.” Christine says to Kody if her household does quarantine, and she’s the only one going to the grocery, that’s just like what’s happening at Robyn’s with the nanny.

Kody says, “Robin and I have an employee. We call her a nanny. She comes over. She helps with caring for the kids, and she helps with schooling the kids.” Christine is upset that the nanny is at Robyn’s house “all the time.” If the nanny doesn’t go anywhere and the nanny’s husband does the shopping, Christine thinks Ysabel should be able to come see her brothers and sisters.

In Christine’s production interview, she asks, “What is the nanny and her husband doing that makes it so they can come over? Cuz when I’m home, I do exactly as I should, yet my girls can’t see their siblings.” And Kody’s solo interview, he says that Christine isn’t following the guidelines and is “so full of bullsh*t.” Christine gives Kody another ultimatum that either they all meet for Thanksgiving as a family, or she’s leaving. Kody agrees to have a family meeting the next day and he leaves. She rolls her eyes, slams the door, and says, “Good talk.”

At Christine’s house, Mykelti and Tony, are visiting. Kody was right. Christine really isn’t even quarantining right now by having her adult children visiting from Utah. The family plans to gather everyone outside and distantly to reveal the gender of their baby. To reveal the gender, they are making elephant toothpaste? So, after their mad science experiment, it’s orangey-brownish goop. But they do announce that they are having a girl.

The Covid-rule meeting is at Meri’s house. The adults gather again. Christine hopes to find out what it is that the nanny’s doing so that they do those things and can hang out. The wives want to have Thanksgiving and Christmas together. Once again, just like the plot talk about the division of the land, someone should have figured out if Kody was ready for this conversation. He just sat down, and he’s already scowling.

When the long list of Covid rules is revealed (and why hadn’t they been revealed six months earlier?), Meri jokes that these are Robyn’s rules. And Robyn is really upset that she’s being blamed. Then when Meri tries to explain that she was just joking, Kody tells Meri, “Meri, this is not about you. Don’t make it about you.”

Robyn says that she follows the rules so that Solomon Brown and Ariella Mae Brown don’t have to quarantine for two weeks away from their dad over and over. Robyn is torn up about it. And Kody says that these rules are his doctor’s advice. Janelle is upset that she’s been asking for rules, and no one produced a list.

Change clothing after visiting shops, other homes or businesses

In Janelle’s production interview, she’s reading the list. Continuing on…

No eating at sit-down restaurants only takeout.

Janelle tells Kody that she has birthday presents for him that she will just leave on the porch. And Kody says, “You can mock it, or you can find a way.” Kody says in his production interview, “Are you too lazy to do a few chores? All these are little chores.” Kody is angry when the wives ask Robyn about it instead of him. He snaps at Robyn saying, “Are you the head of the family?” And then he says in his production interview, “It’s pissing me off. They’re looking to Robyn for some kind of approval. I don’t have a head wife in this family.” Robyn denies making the rules. She says, “I know Kody’s like this. He’s not gonna have a wife come in and try to tell him what to do. He’s just not.”

They are at an impasse. Janelle and Christine feel stifled. Robyn just wants the family back together. Meri is desperate to do anything for Kody to pay attention. And Kody feels betrayed. Janelle thinks that even if everyone agreed to the rules, they still wouldn’t get together because they don’t trust each other. Someone might be lying about their compliance. Janelle says she will follow all the rules if it means they can be together at Christmas. Janelle won’t be in Arizona for Thanksgiving. Christine is going to talk to her girls and likely will go to Utah for Thanksgiving. Meri is following all the Covid rules, and Kody still doesn’t come around, and Christine seems to just be realizing that. Meri still doesn’t get to see Robyn, and Meri thinks that the two of them decided that, but Robyn says that Kody decides. And Robyn is worried about Meri coming over and the others, not, and what that means for their family.

After everyone leaves, Robyn comes back to give Meri a hug. They make amends. They want to work together to make getting together a possibility. Robyn is struggling in a different way when her husband is having trouble in other marriages, and she needs to stay out of it, but it completely affects her, she feels frustrated.

Next time, Janelle’s sons are increasingly upset that they can’t see their dad. When Kody asks Janelle to choose between her children and him, she is so frustrated, she tells him off.