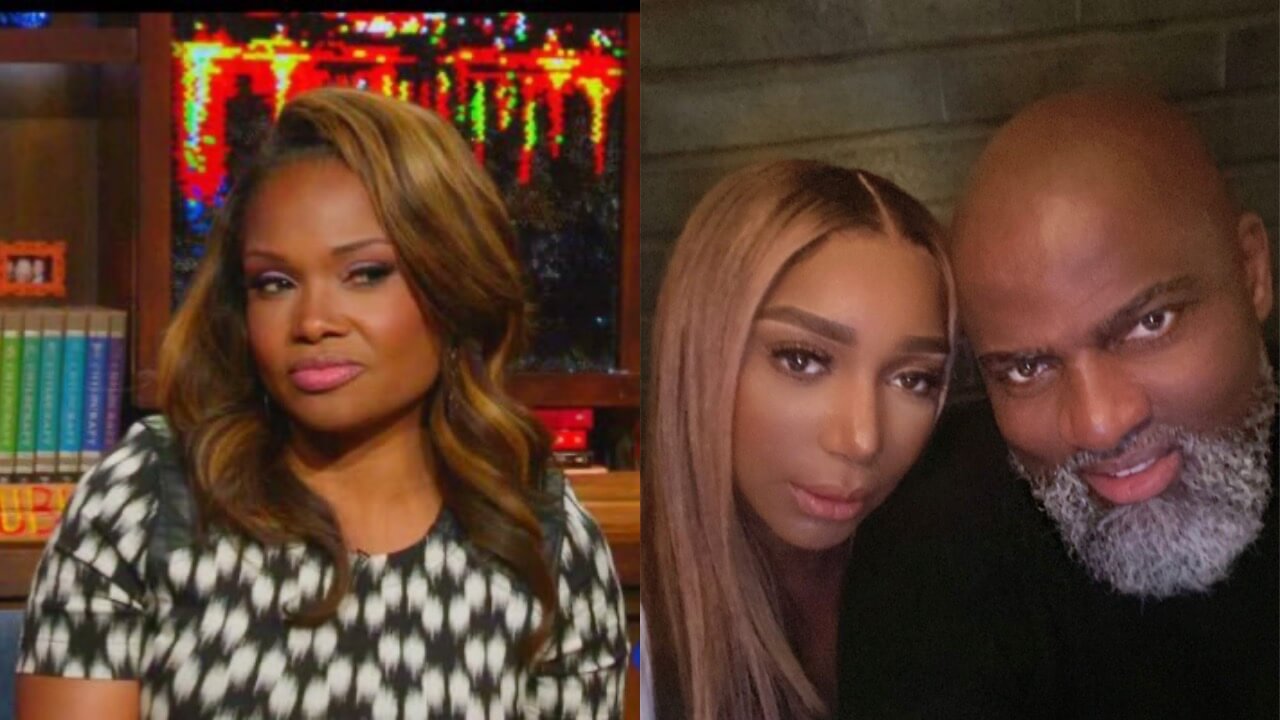 Dr. Heavenly Kimes is weighing in on NeNe Leakes’ hot new romance. The “Married to Medicine.” star sounded off during a YouTube Livestream, sharing her thoughts about the “Real Housewives of Atlanta” alum’s new man, and her decision to splash the new relationship on social media.

The reality star previously revealed that her late husband, Gregg Leakes, gave her his blessing to find new love, in one of their last discussions.

Gregg died after battling colon cancer, on September 1. The couple was married for over 20 years.

“I will love Gregg forever & ever! Grieving is hard! Even harder & depressing alone,” NeNe told The Shade Room, earlier this month.“Gregg and I had a very tearful conversation before his passing. His words to me were ‘be happy, keep smiling and he who finds you has found a good one.’”

NeNe’s romance has remained a hot online topic since news of the relationship broke—with some fans supporting her new stage in life and others dissing NeNe’s decision to become involved with someone new so soon after Gregg’s death.

One of Heavenly’s followers remarked that NeNe was receiving hate for moving on only three months after losing her husband. Heavenly agreed with the fan, who commented that NeNe should be able to move on in the wake of her husband’s passing.

Heavenly said—“You know, honestly, and I know I’m wrong to even discuss this, I agree with her. That’s NeNe’s life. Her husband gave her the go-ahead to live her life and do what she wanna do. It’s hard being out there by yourself. She’s a celebrity. Probably a lot of dudes at her. And she’s been on a long road knowing this man. She stood behind him, which is great, for a long time while he was sick. So I think it’s okay for her to move on. I just think I wouldn’t have toted no dude this soon. Not me, I probably wouldn’t have had nobody this soon.”

“But even if I did, I wouldn’t have posted him. I’d kept that secret,” she added. “I would have done a Quad. Whoever Quad is sleeping with, we don’t know. Everything ain’t for Instagram.”

Heavenly added that she believes that NeNe might have misstepped when she decided to post photos of her new man on social media.

“Some sh*t is just too soon. That’s our opinion, and everybody got one. You know?” the Bravo doc said.

Watch the full video below!

Heavenly also responded to a question about a rumored altercation that took place while filming the upcoming season of “Married to Medicine.”

Heavenly quipped—“Frank, I ain’t giving you nothing. But a b*tch knows better. Nobody put they hands on me. Not me.”