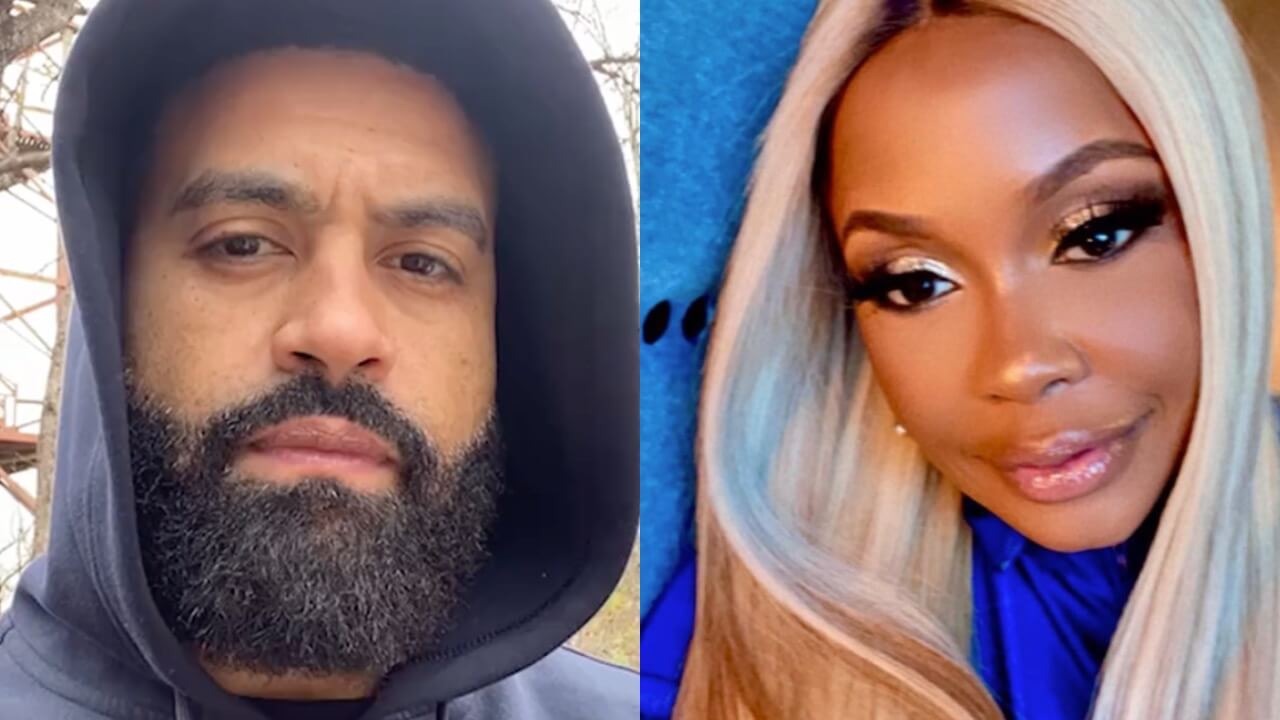 The ex-husband of “Real Housewives of Atlanta” alum, Phaedra Parks, Apollo Nida, wants out of his criminal probation period after being arrested under the radar, earlier this year. Court documents reveal that Apollo recently filed a petition to end his supervised release, years early.

Apollo was sentenced to 8 years in federal prison back in August 2014, after being arrested for his alleged role in an expansive money laundering operation. Prosecutors accused the former RHOA dad of laundering more than $2 million through fraudulent accounts. Apollo was able to cut a potential 30-year prison sentence by cooperating with the feds. He and Phaedra divorced in 2016, while Apollo served his reduced prison sentence. The couple was married for five years and share two sons.

The judge ordered Apollo to complete a five-year, supervised release probation period. He has been under the watch of probation officers since his release from prison on May 27, 2019. Apollo mentioned his past reality star status in the legal papers.

“Mr. Nida earned income as a guest speaker; Mr. Nida was also paid to host parties and events in various cities and states throughout the country. In fact, while on pretrial release (bond) Mr. Nida continued to travel and earn income through these same means,” Apollo’s attorney stated, in the docs.

Apollo explained that after he was released from prison, he relocated to Philadelphia where he resided with his fiancée and minor child. His attorney noted that his client had held down a job and had successfully “reintegrated into society.”

Apollo moved back to Atlanta to be closer to the boys he shares with Phaedra but alleges that his probation officer did not stay in touch with him for months after his relocation. The officer claimed that his file had been “overlooked” after Apollo reached out to establish contact. He explains in his motion that he has had five different probation officers overseeing his case.

Phaedra’s ex cited a pre-approved work-related trip to Miami, alleging that the officer gave his verbal approval but did not fill out the necessary paperwork, for the May trip. Apollo was arrested on May 30, 2021, by Miami police for violating a local ordinance while trying to enter a hotel. He posted bail on June 1 and immediately alerted his probation officer. Court documents clarified that Apollo was arrested for resisting an officer/arrest without violence. He was released after posting a $1k bond and was picked up by the ex-husband of RHOA alum, Cynthia Bailey, Peter Thomas. The charges were dropped on August 5, but Apollo was ordered to remain on a GPS monitor and to abide by rigid curfews which he says “affected his livelihood and family.” He alleges that he’s lost a substantial amount of income due to the restriction. Apollo also accuses his probation officer of making false statements to the court pertaining to the Miami arrest. He is requesting that a judge terminate his probation period early.

A judge has not yet ruled on Apollo’s request.