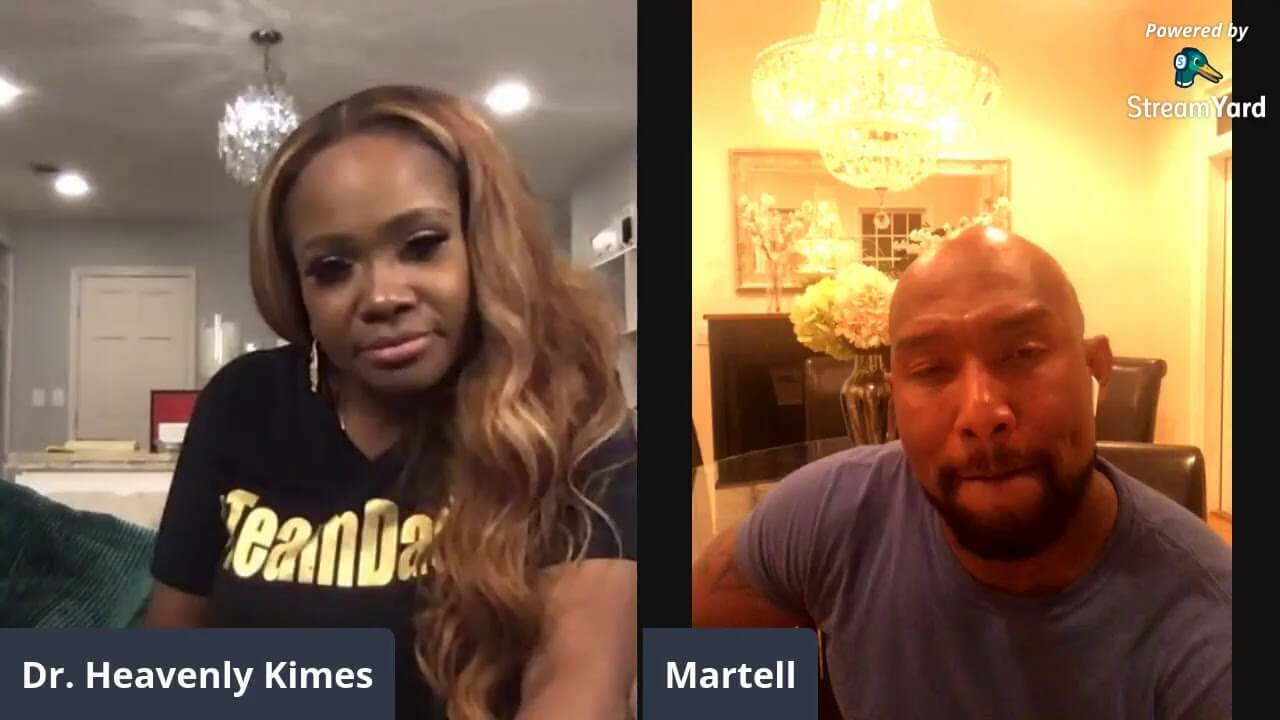 “Married to Medicine” star, Dr. Heavenly Kimes, called out Martell Holt during a YouTube interview with his ex-wife and “Love and Marriage Huntsville” co-star, Melody Holt.

Martell and Melody continue to clash over their impending divorce on the series, and Martell even admitted that he felt justified in cheating on his wife, due to their lackluster marital sex life.

Heavenly has called out Martell multiple times for his self-absorbed perspective and recently interviewed Melody on her YouTube channel. Heavenly advised Melody to not reconcile with Martell—who the Bravo star labeled a narcissist.

Melody assured her that she was truly done with her marriage and would prefer to be alone than to be with Martell.

Melody said—“In terms of getting back together…cause I know I’ve seen some people say that online also and everything…for me that’s not anything I’m interested in, I would never be interested in. I literally would die alone before I’d ever be with Martell. And I don’t say that…I don’t want you to think I’m trying to be mean about it but it’s the honest to God truth.”

She continued—“When a person does so much and kind of shows you their character, shows you their lack of morals, integrity, and different things like that, why would you want to be with someone like that? It’s just not anything that even crosses my mind. Honestly, it doesn’t.”

Heavenly noted that she could see the duo reconciling in the future, leading some to accuse the M2M doc of encouraging Melody to patch things up with her husband.

“I’m not encouraging you, we know it’s very toxic. I spoke to Martell,” Heavenly clarified. “He made me sick to my stomach talking to him.”

Heavenly pointed out that Melody had reconciled with Martell several times in the past, which Melody admitted was true.

Melody added—“I will say this, what I’ve learned, especially being out of the situation, being able to look back and evaluate, I can say that I’ve learned that unfortunately there are some people who are really good at lying and manipulating you. They can make you think, they can really make you think what they’re saying is the truth. ‘I ain’t doing it no more. I want my family.’ Blah, blah, blah, blah. And they will say it so convincingly that you fall for it and I did.”

Melody explained that because she gave her marriage many chances, she feels free to move on without regret.

“But I think for me, Dr. Heavenly — the fact that I gave my marriage as many chances as I did and as many years as I did, that’s why I have no regrets since I walked away,” she said. “That’s why I can sit here and say when you ask me if we’ll ever get back together, that’s why I can say no. Cause I already know what that over there is like over there, and I’m good with that.”

Heavenly further clarified that she was not in favor of the couple giving their marriage another shot— calling it the “worst” move Melody could make.

“They keep saying I am encouraging you to go back…I am not encouraging you to get with that narcissistic man,” Heavenly said. “I don’t know how people hear that. What I said was I could see how you could get back…women do it all the time. I’m not saying it’s right. It’s wrong, wrong, wrong. I do not want you to get back with that man. That’s probably the worst sh*t you could ever do. But don’t listen to me. I just feel like in a world, in a perfect world, I lot of women do it. And you still love that man and he still loves you.”

She added—“That’s why I say I can see it happening. I’m not encouraging you to do it. I’m thinking that’s the worst thing you could do.”