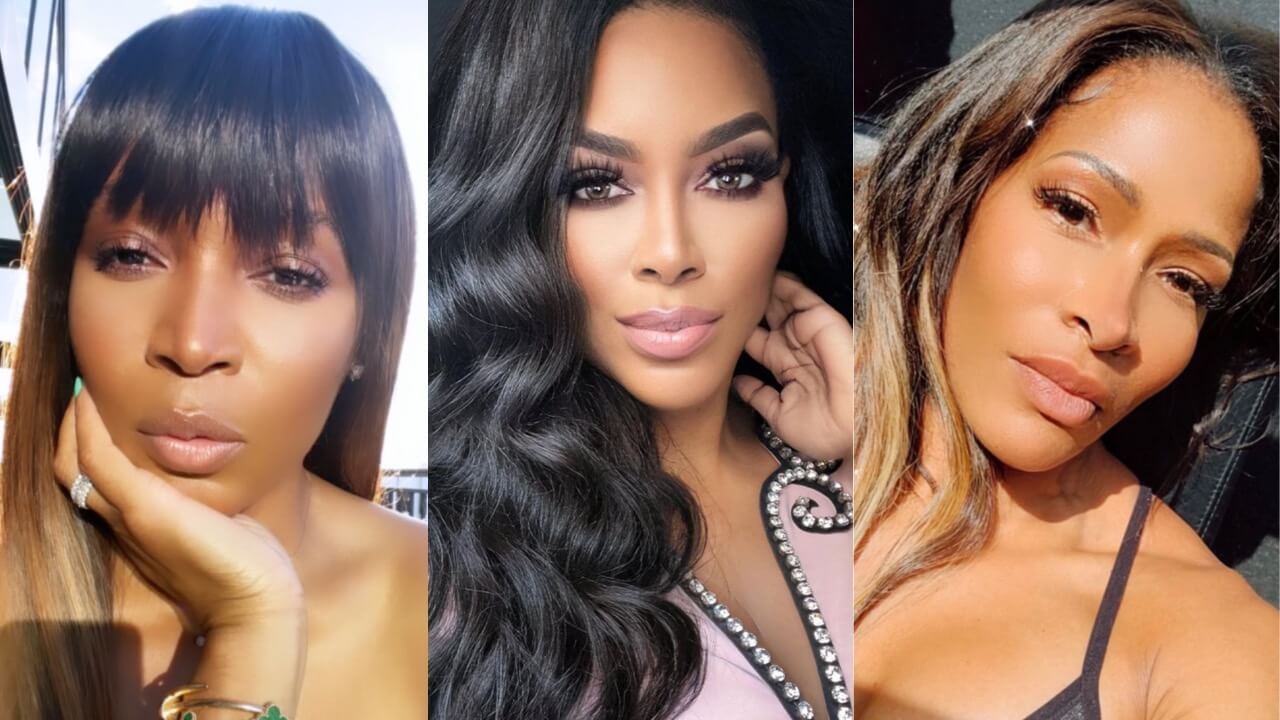 The “Real Housewives of Atlanta” cast shake-up has seemingly sparked a feud between Kenya Moore and co-stars, Marlo Hampton and returning cast member, Shereé Whitfield. Porsha Williams and Cynthia Bailey made their exits at the end of last season, shifting the cast dynamic heading into filming season. Producers were counting on following Shereé‘s romance with her paroled boyfriend, Tyrone Gilliams, but that plan crashed and burned when he fired off a cease and desist letter demanding to be left out of Bravo’s narrative. The duo is reportedly not speaking over the incident, leaving producers stuck with a wide-open storyline.

LoveBScott reported early this month that production was upset that Shereé had promised a compelling storyline but had only delivered a legal headache. The dramatic shift could cut filming opportunities for Shereé, despite her full-time position.

Gilliams’ legal team reportedly sent Bravo a cease and desist letter that accused the show of using his name and image without his permission. The letter stated that because Tyrone had been discussed many times, he had provided a storyline.

It now appears that Kenya Moore is on the outs with both Shereé and Marlo. Kenya and Marlo united to expose Porsha’s alleged risqué romp with a male stripper last season, but it appears that the duo’s friendship did not stick. Kenya and Marlo recently unfollowed each other on Instagram, and Kenya and Sheree also reportedly decided to hit their unfollow buttons.

Interestingly, Kenya recently shared that she was happy about Sheree’s return to the show.

“It’s been really amazing having her there. We have great chemistry. We are just like ladies who lunch. We are so in tune with each other right now. So it’s been really fun,” she said during a recent appearance on “Watch What Happens Live.”

It looks like things went sideways quickly for Kenya and Marlo, as evidenced by a cryptic message posted by the new peach-holder on Instagram.

Marlo spoke to Entertainment Tonight in April about her hesitation to bond with Kenya.

“Loyalty is really big when it comes to an Aquarius, and when Kenya didn’t invite me to her housewarming party and her birthday party because her and NeNe [Leakes] reunited, that crushed me,” Marlo explained. “Because Kenya and I would be on the phone, she’ll be FaceTiming me outfits, I was out in L.A. at her house. So, it’s going to take time.”

As previously reported—sources dished to the LoveBScott early this month that there are cast feuds brewing that will unfold during Season 14. Drew reportedly came for Shereé, but insiders report that Shereé was ready and “ate her right on up.” Drew and newcomer, Sanya Ross-Richards have also supposedly butted heads. Drew is reportedly working to develop a friendship with Kenya, due to Porsha being out of the picture.