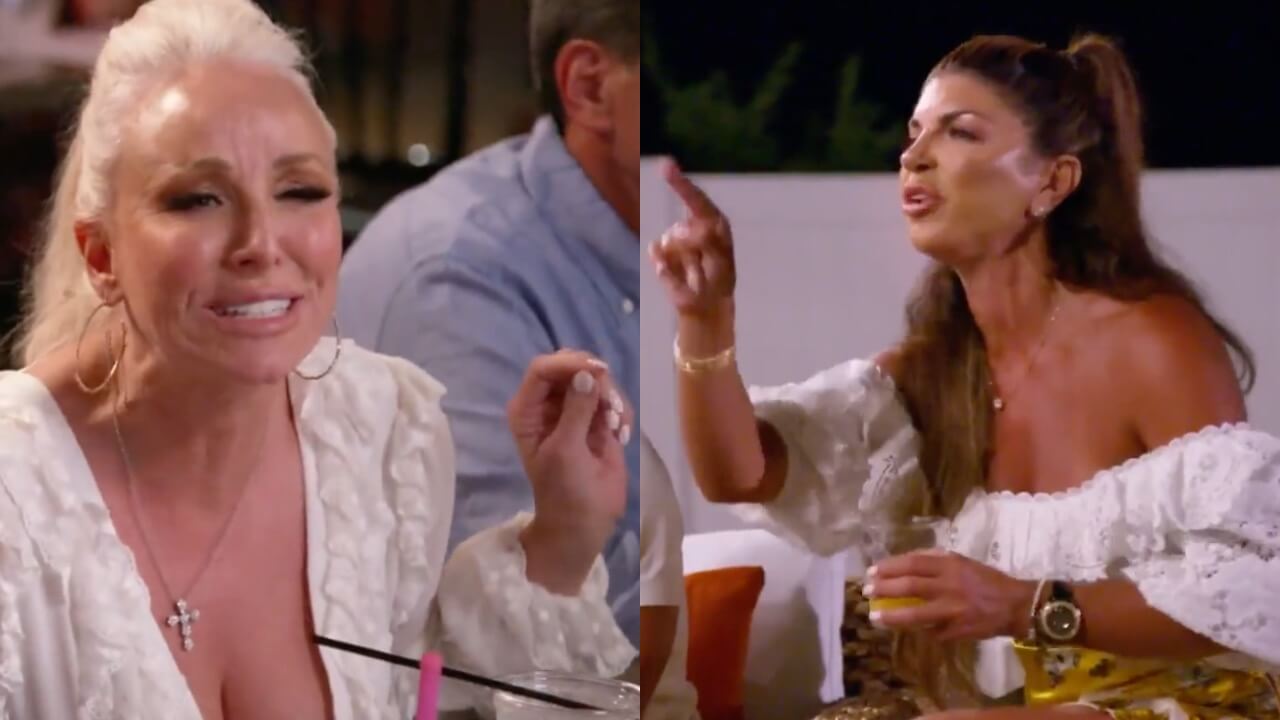 The Season 12 trailer for the “Real Housewives of New Jersey” dropped on Monday—and the sneak peek reveals Teresa Giudice in the center of lots of drama.

Teresa’s teenage daughter, Milania, is featured sounding off about her uncle, Joe Gorga, over talking too much about her father, Joe Giudice.

“Your brother is saying things about dad,” Milania, 15, tells her mom and her older sister, Gia, in the teaser.

“She looks at me like I’m the devil. Her father was the devil!” Joe says about Gia. The 20-year-old tells her uncle in the next scene — ”That’s when I walk away from you.”

Several of the Bravo ladies express concern over Teresa’s relationship with her now-fiancé, Luis (Louie) Ruelas, 46, who Margaret compares to a “car salesman” in response to Melissa labeling him “charming as sh*t.” Melissa Gorga, 42, questions why her sister-in-law is being secretive about her new romance.

The preview reveals Teresa, 49, and Margaret Josephs, 54, at each other’s throats, and things only get worse when the RHONJ cast travels to Nashville.

Teresa lashes out at Margaret in one scene, telling her co-star—“You better stay the f–k out of my face. You want to try and pop my love bubble? It’s not going to happen.”

Teresa defends her boyfriend calling Margaret “nasty” for “talking behind my back about my boyfriend.” The issue explodes when Margaret calls Teresa a “sick, disgusting liar” during a group dinner, which leads Teresa to react with a tamer version of her Season 1 table flip.

Margaret comments at one point—“He’s lying, Teresa,” to which Teresa screams back— “Disgusting white trash bitch.”

There appears to be trouble in paradise for Bill and Jennifer Aydin, 42, as Jennifer is seen distressed over her marriage several times.  Jennifer tearfully comments that if her husband “doesn’t want to be in this marriage, he doesn’t need to do me any favors.”

Melissa comments at one point— “She sounds like a f—— hater. I don’t give a f— what you say” —before getting into a physical altercation with Jennifer.

In August, celebrity gossip account, Deuxmoi, dished an insider tip that claimed that Season 12 would focus on an unnamed husband’s past indiscretions. The tip didn’t identify the Aydins, but the source implied that the plastic surgeon’s past was coming back to haunt him.

“I got some tea to spill straight out of New Jersey,” the emailed tip said. “This HW husband from NJ had an affair 10 years ago (not Jackie) and Marge found out and told everyone at Tre‘s party.”

Teresa celebrated her birthday in May, but the source did not specify the nature of the referenced party.

“Wife is super pissed because only they knew about it and had already worked past their issues and now she has to tell her kids about it,” the email continued.

“Everyone is apparently being super mean to her and calling her a hypocrite for continually slut shaming and coming after Marge for her affair,” the email read. “Big story line for upcoming season.”

“The Real Housewives of New Jersey” premieres on February 1, at 8 pm, ET, on Bravo.