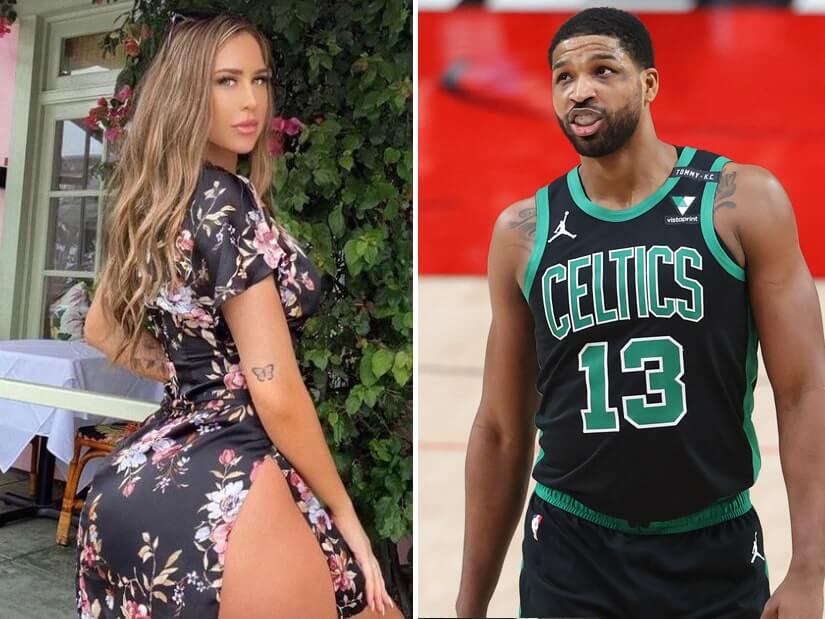 Maralee Nichols has posted a photo of the baby she claims was fathered by Tristan Thompson. The fitness model shared the mother/son image on Friday, alongside a statement in response to the dismissal of a parallel paternity lawsuit filed by the NBA star. The photo was snapped on December 6, less than a week after the newborn’s arrival, on December 1.

Nichols is seen cradling her son, wearing Grinch-themed sleepwear while sitting in front of a silver, gold, and white trimmed Christmas tree. The child’s face cannot be seen in the photo.

“Instead of focusing on any negativity, I am choosing to embrace being a mother and doing the best I can for my son,” Nichols said in her statement. “I do not want any further media attention, nor do I want a romantic relationship with Tristan.”

Nichols is suing the on again-off again boyfriend of Khloe Kardashian for child support and pregnancy costs, after giving birth to a baby she claims was fathered by Thompson. The Sacramento Kings player has not denied a past sexual relationship with Nichols but has disputed being the child’s father. He is demanding a paternity test.

Nichols filed the paternity lawsuit against the basketball star after relocating to California, earlier this year. It appears that the case will go forward in Los Angeles, since a Texas judge dismissed the case filed by Thompson, on Thursday.

Tristan, 30, confessed in a declaration filed on December 8 that he used Snapchat to arrange meetings with Maralee while he was involved with Khloé Kardashian. Tristan and Khloe share a 3-year-old daughter, True.

“We never had any telephone calls, emails, nor did we exchange text messages. We only communicated via the Snapchat application,” Tristan said in the filing, which was obtained by the Daily Mail.

“We did not have any dates in the traditional sense at any time; there were no dining at restaurants, going to movies, traveling or any other indicia of a normalized relationship,” he said. “There was only Snapchats of ‘where’ and ‘what time’ we would hook up and what hotels would be used.”

“My username on Snapchat has always been ‘blkjesus00.’ We used Snapchat to communicate to protect our privacy,” he said, adding that the app “automatically” deletes read messages.

Nichols explained in her statement that Thompson assured her that he was single and no longer involved with Kardashian when they first met.

“I met Tristan in 2020 at a party at his home in Encino, California. He told me he was single and co-parenting… I would never have gotten involved with Tristan if I thought he was in a relationship.”

Nichols also disputed Tristan’s claim that their relationship was “based on sex only.”

“Tristan told me he was not having a sexual relationship with anyone else; it was not casual sex nor did we have any arrangement. Tristan and I communicated daily and talked on the phone. We would see each other several times a month,” Nichols said, denying that their communication was limited to Snapchat.