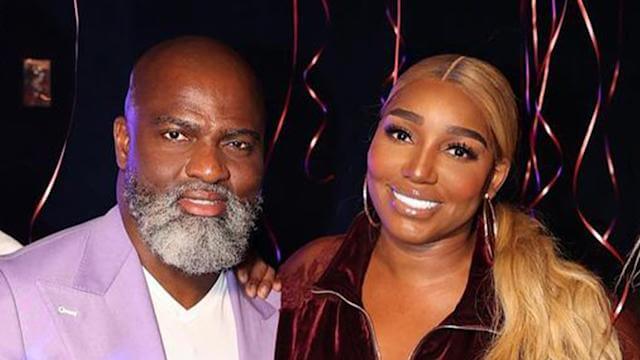 Real Housewives of Atlanta alum, NeNe Leakes, has revealed that her late husband, Gregg Leakes, gave her his blessing to find new love in one of their last conversations. NeNe’s new romance with couture tailor, Nyonisela Sioh, has made headlines in recent days.

“I will love Gregg forever & ever! Grieving is hard! Even harder & depressing alone,” NeNe told The Shade Room, on Saturday. “Gregg and I had a very tearful conversation before his passing. His words to me were ‘be happy, keep smiling and he who finds you has found a good one.’”

Gregg died after battling colon cancer, on September 1. The couple was married for over 20 years.

“Today, the Leakes family is in deep pain with a broken heart. After a long battle with cancer, Gregg Leakes has passed away peacefully in his home surrounded by all of his children, very close loved ones and wife NeNe Leakes,” read a statement released by a family rep.

The statement continued— “We ask that you pray for peace and strength over their family and allow them to mourn in private during this very, very difficult time.”

Nyonisela Sioh was snapped by NeNe’s side during her 54th birthday bash last week, three months after Gregg’s passing. The former “Glee” actress posted a series of photos from the event, which was organized as a surprise by the reality star’s son, Brentt. The celebration was held at NeNe’s club, the Linnethia Lounge. Family, friends, and celeb guests, including Keke Wyatt and Porsha Williams, all came to honor NeNe’s special day.

NeNe gave her son a shout-out for pulling off the surprise shindig, on Instagram.

“This year i didn’t want to celebrate my birthday in a big way! I just wanted to chill wit a few love ones but my fam would NOT let it be that way! My son decided to throw me a surprise birthday party!” NeNe captioned the post.

“This is the first party he has ever thrown me! He did so GOOD! Love you @kingbrentt Not to mention, this is the 3rd gathering I’ve had this week. I love all of y’all for loving me and making sure am good during this time❤️.”

NeNe, who was rocking a sizzling leopard-print catsuit, was spotted with her new beau on Saturday night, in Miami, leaving Mr. Chow hand-in-hand. The smiling couple was reportedly celebrating Sioh’s birthday in the Sunshine State and flaunted their new relationship with some noticeable PDA. Instagram account, realityentertainmenttv, shared a video of the duo sharing a smooch during the birthday celebration.