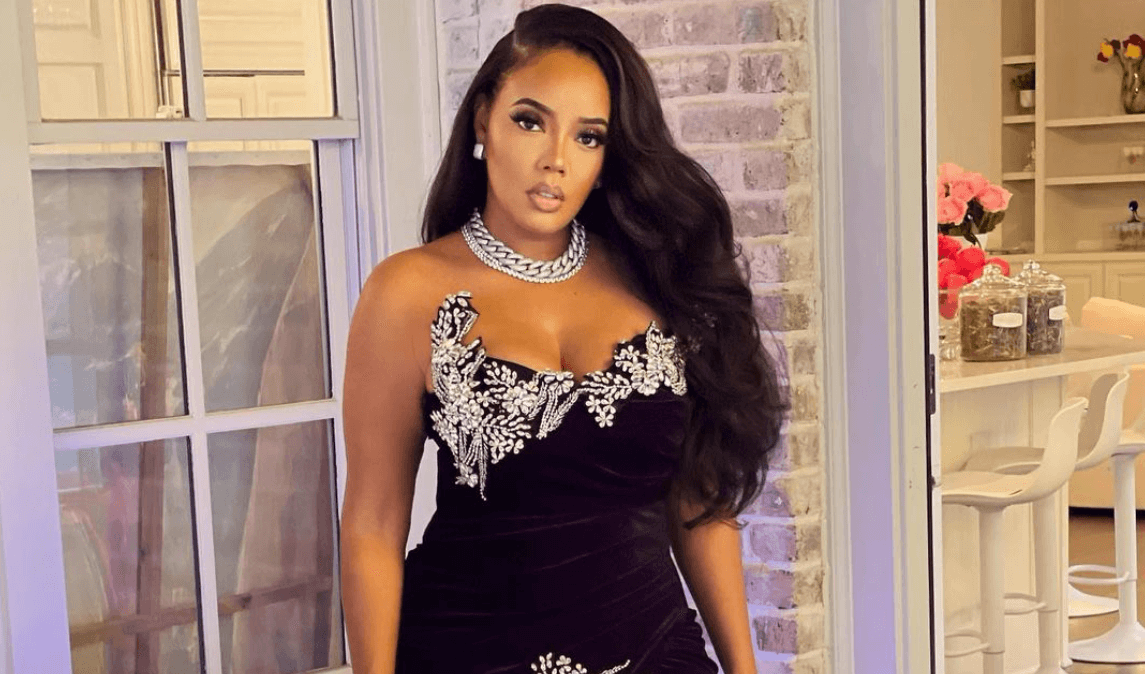 Angela Simmons is shooting down speculation about reportedly joining the cast of “The Real Housewives of Atlanta,” despite evidence seemingly pointing to the “Growing Up Hip Hop” star filming scenes for Season 14.

Production insiders told TMZ that reports alleging that Angela had signed on to the RHOA cast are false. Angela was reportedly spotted at Marlo Hampton’s party at “Le’Archive,” in Atlanta—but was purportedly not there to mix it up with the Bravo ladies. Her appearance led to widespread rumors claiming that she had been brought on board the Atlanta franchise.

As reported last month—Angela Simmons was rumored to be in the running for a “friend” role on the Bravo show after she was spotted filming at Marlo’s event.

“Growing up Hip Hop star, Angela Simmons, is a supposed friend to the show on the upcoming season. She was also present at Marlo’s Le’Archive event last week! #RHOA” the account tweeted.

Viewers know that RHOA producers wanted to shake up the cast after crashed ratings vindicated outspoken fans, who made their opinions known throughout the lackluster season. Many viewers called for a return of fan favorites, such as NeNe Leakes and Phaedra Parks, after Cynthia Bailey and Porsha Williams announced their departures.

Sources close to Angela told TMZ that she relocated from New York City to Atlanta, but not to land a role on RHOA. Angela is reportedly still working on her other reality TV projects—”Growing Up Hip Hop” and “Just Angela.”

The clarification comes after LoveBScott spilled some insider tea about the upcoming season, earlier this month.

The outlet reported that producers became upset after Shereé promised a compelling storyline but only produced a legal headache. The dramatic shift could cut filming opportunities for Shereé, despite her full-time position.

Fans know that a plot twist went down after Shereé Whitfield’s boyfriend, Tyrone Gilliams, fired off a cease and assist letter demanding that the network remove all mention of his likeness and name.

As previously reported—Tyrone’s legal team reportedly sent Bravo a cease and desist letter that accused the show of using his name and image without his permission. The letter stated that because Tyrone had been discussed many times, he had provided a storyline. He believes that Bravo is profiting off his name without his consent, and reportedly threatened to take legal action if the network did not remove every snippet of his persona from social media and captured RHOA footage. He has yet to film any scenes for the upcoming season.

Sources dished to the outlet that brewing cast feuds will unfold during Season 14. Drew reportedly came for Shereé, but insiders reported that Shereé was ready and “ate her right on up.” Drew and newcomer, Sanya Ross-Richards have also supposedly butted heads. Drew is reportedly working to develop a friendship with Kenya, due to Porsha being out of the picture.