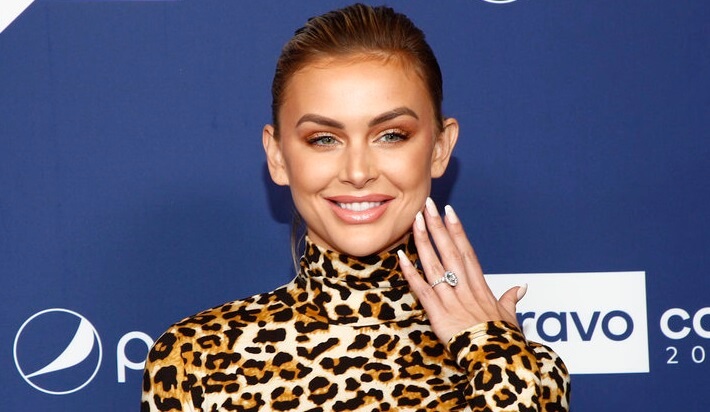 Lala Kent spilled more details about her crashed romance with ex-fiancé, Randall Emmett, on Wednesday’s episode of her podcast, “Give Them Lala,” which included the “fake” ring the producer used to pop the question.

The Vanderpump Rules star recalled how a conversation between Randall and her mother about “how some rappers take s—— diamonds and make them pretty” sparked curiosity about her own engagement ring. Lala claimed that she discovered that her 6-carat round cut diamond ring was “fake” after investigating the matter.

Lala tearfully said that she discovers new information “daily” about the film  producer’s alleged secrets, which she described as a “punch in the gut.”

Lala explained that she decided to have a “highly recommended” jeweler check out the engagement ring after Randall’s jeweler allegedly said  several times that “the ring is around $150,000.”  She found the GIA certification which confirmed that the diamond had “been treated by one or more processes to change its color.” The jeweler told her that the diamond was “mostly brown,” before the treatment and that its value was “in the teens” not the six-figure range.

Lala said that she contacted Randall’s jeweler—who she refused to name but advised people to “Google”—with the new information, describing him as “a little stressed out.” The designer offered to use the stone to create a necklace before he confessed that “[Randall] knew exactly what he was buying. He knew the diamond he was getting.”

“It just was like, ‘Wow, there’s not one piece of the five years I was with this person that has been truthful and honest,’ ” she continued.

Lala shared that she plans to ditch the dirty diamond, as she works to get past the broken engagement.

Lala moved into her own apartment with her 9-month-old daughter, after the breakup. The couple called off their engagement in October after dating for five years. They welcomed their daughter, Ocean, in March.

Lala noted that the news of the low-grade diamond was so shocking yet so predictable that it made her “laugh hysterically” adding that — “there’s not one piece of my five years with this person that has been truthful and honest.”

“The only truth I feel that existed in my relationship was me and my daughter, Ocean. That is where the truth ended,” she added. “That is a hard pill to f–king swallow.”