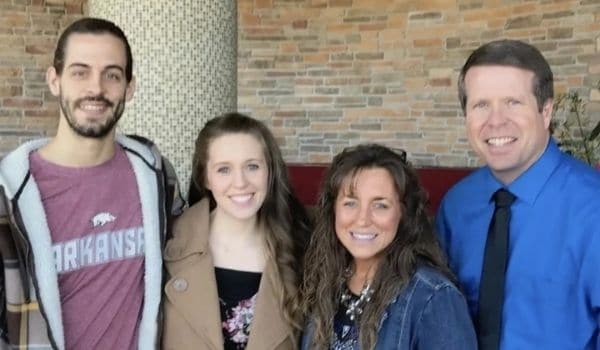 Derick Dillard slammed his estranged father-in-law, Jim Bob Duggar, on Tuesday, blasting the former TLC star as manipulative, deceitful, and abusive. The father of two labeled Duggar a “sellout” in a scathing Facebook response underneath a story about Duggar’s run for a seat in the Arkansas Senate.

“It’s sad that this isn’t an isolated incident. I used to have much respect for Jim Bob, as my father-in-law, and I wanted to give him the benefit of the doubt for years,” Dillard wrote.

“Unfortunately, it’s only become clearer to us over time just how deep this man’s manipulation and deceit will go for his own gain, at the expense of others,” Dillard said.

Dillard, who wed Duggar’s daughter, Jill Duggar, in 2014, added— “He has lied to my wife and I numerous times.”

Dillard also accused his father-in-law of being “defensive and verbally abusive” behind closed doors.

“Contrary to his campaign, he does not believe in freedom, but his manipulation has resulted in what is akin to human trafficking. When confronted privately, he is not humble, but he is defensive and verbally abusive,” he wrote.

“When he says he cannot be bought, the truth is that he has a history of being a sellout to anything that he can personally profit from, and he will justify it however he wants to continue his personal agenda,” the former “19 Kids and Counting” star alleged.

Dillard and Jill share two sons, Israel, 6, and Samuel, 4. Dillard concluded his comment by advising citizens to not vote for his father-in-law, noting that since he “continues to lie to his best friends and his own family,” he will also lie to constituents.

Dillard’s rebuke comes after a federal jury in Fayetteville, Arkansas found Jim Bob’s eldest son, Josh Duggar, guilty on two counts of downloading and possessing child pornography, on December 9. Some of the images included children under the age of 12, according to prosecutors. Investigators described the materials as “the worst of the worst” they had ever seen, during the trial.

Duggar, 33, “knowingly received” child pornography between the dates of May 14-16, 2009, according to the grand jury indictment, filed by the U.S. District Court in the Western District of Arkansas.

Duggar’s lawyers, Justin Gelfand, Ian Murphy, and Travis Story, told TMZ of the trial — ”We appreciate the jury’s lengthy deliberations, we respect the jury’s verdict, and we intend to appeal.”

Duggar was taken into custody and booked into the Washington County Detention Center, where he will await his sentencing, potentially up to four months.

Jim Bob and his wife, Michelle, released a statement shortly after the verdict.

“In the days ahead, we will do all we can to surround our daughter-in-law Anna and their children with love and support,” the Duggars said in part of the statement. “As parents, we will never stop praying for Joshua, and loving him, as we do all of our children,” the former TLC couple wrote.

They added—“In each of life’s circumstances, we place our trust in God. He is our source of strength and refuge. Thank you for your prayers.”