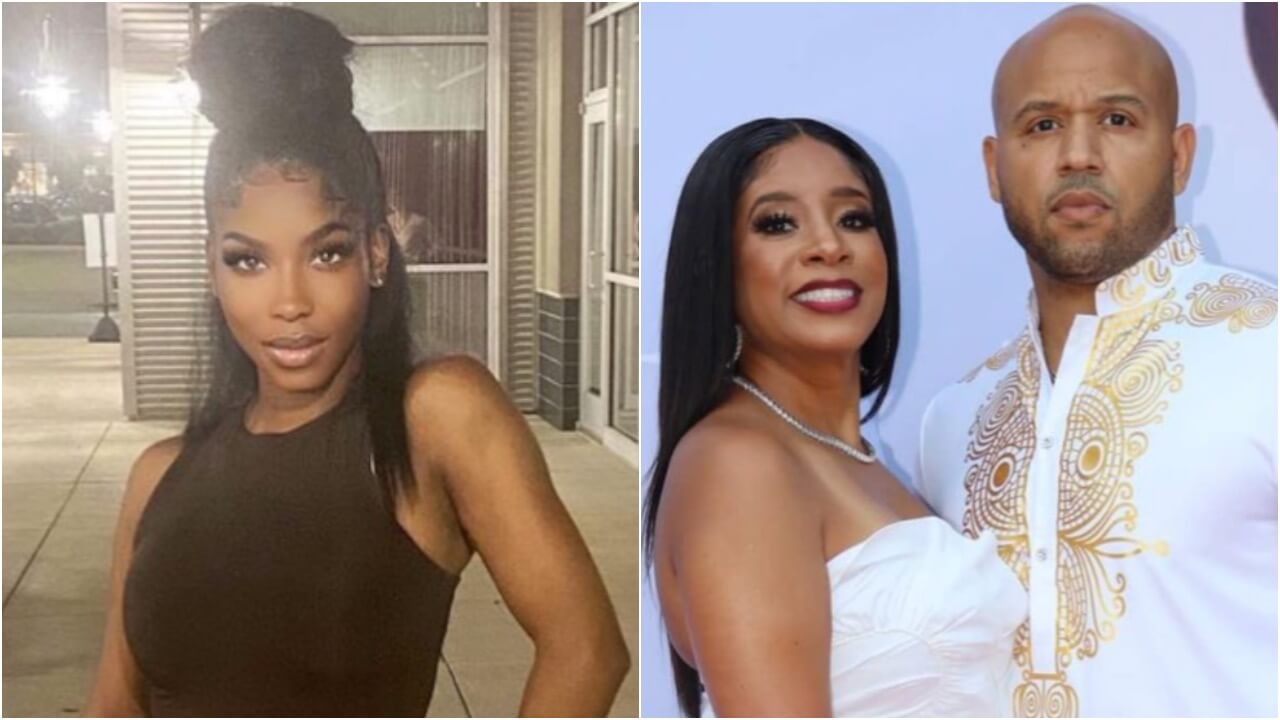 Arionne Curry, the former mistress of “Love and Marriage Huntsville” star, Martell Holt, is speaking out as her history with Martell continues to be a hot topic among cast members. Martell’s longtime relationship with Arionne eventually ended his marriage with Melody Holt, and now Arionne is firing off cheating allegations about other married men on the cast.

Arionne recently took to her Instagram Stories to allege that she witnessed Maurice Scott cheating on his wife, Kimmi, back in 2015. Maurice denied that he crossed paths with Arionne while on a guys trip to Atlanta with Martell, during the recently aired reunion series. Arionne now alleges that she saw Maurice cheating on his wife during that trip.

Arionne hinted that Marsau Scott also behaved badly but added that she was keeping quiet for now, because he spoke truth on the show.

The most recent episode of the series featured reunion host, Carlos King, asking the men on the cast how long they had known about Martell’s affair with Arionne. Fans know that Arionne eventually got pregnant, before the couple split. Arionne did not appreciate being the topic of discussion and lashed out on social media after the episode. Marsau Scott confirmed that he did see Arionne during the 2015 getaway, claiming that she “showed up out of nowhere.” Marsau’s brother, Maurice, not only denied seeing Arionne, but denied seeing her with Martell, despite her alleged presence at a nightclub with the group.

“When you say we all went out, I didn’t go out with you and her,” Marsau said.

Arionne is claiming that she was around the three men during their night out and even snapped a photo of the trio at the club. She claims to have witnessed Maurice cheating after taking the photo, a pic Marsau recently posted on Instagram. She added that she joined the men the next day for brunch at Rays on The River.

“This is the trip when Maurice was f**king with this linebacker looking b****, the next morning we went to Rays on the river for brunch. They allll lie so much and gotta mention me to stay relevant. FACTS,” Arionne said on her IG Story.

“I WAS HERE I BOUT TOOK THE PICTURE I DIDN’T JUST SHOW UP I WAS INVITED AND COULDN’T, BELIEVE THE LINEBACKER, MAURICE WAS SEXING. I IMMEDIATELY WENT UPSTAIRS AND ASKED MARTELL WHAT’S KIMMI LOOK LIKE BECAUSE I COULDN’T BELIEVE MY EYES,” she added.

Arionne also tossed some shade at Marsau’s wife, Latisha, writing—“I’ll spare you tonight Marsau. You came correct a lil bit but tell yo wife watch her mouth before I hurt her feelings.”

Maurice seemingly responded with a vague denial to Arionne’s claims on his own IG Story, on Monday.

“Don’t type me to death! Name names! You don’t know me and I definitely don’t know you!” he wrote.