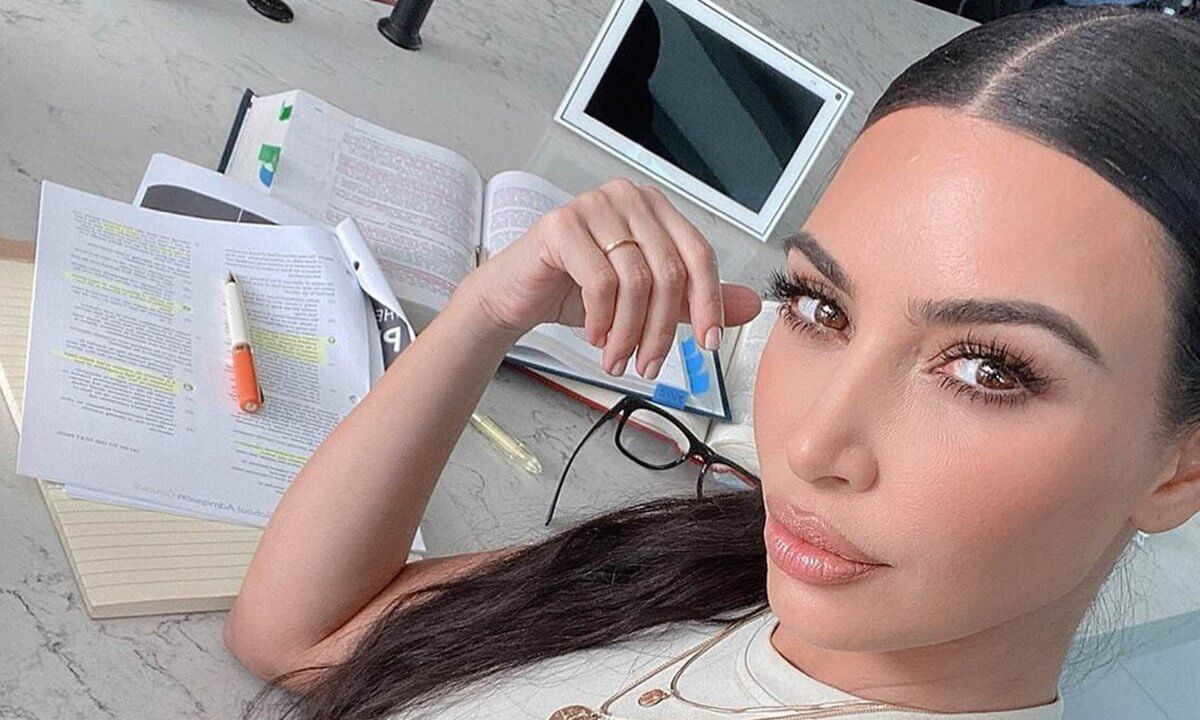 Kim Kardashian is one step closer to becoming a lawyer. The former “Keeping Up With the Kardashians” star announced on Monday that she had finally passed the California baby bar exam. The reality star took to Instagram to share the exciting news.

“OMFGGGG I PASSED THE BABY BAR EXAM!!!!” Kim wrote alongside a snap of herself looking into a mirror, rocking an electric blue Balenciaga catsuit.

“I am really proud of the woman looking back today in the reflection,” she added.

The mom of four has been transparent about failing to pass the exam numerous times.

“For anyone who doesn’t know my law school journey,” she wrote. “Know this wasn’t easy or handed to me. I failed this exam 3 times in 2 years, but I got back up each time and studied harder and tried again until I did it!!! (I did have COVID on the 3rd try w a 104 fever but I’m not making excuses).

The baby bar exam is one of two required tests one must pass to become a lawyer in California. KUWTK viewers followed Kim’s journey into law school and watched her study for the challenging exam.

“In California, the way I’m studying law you need to take 2 bar exams,” Kim explained in her social media post. “This was just the first one but with the harder pass rate. I was told by top lawyers that this was a close to impossible journey and harder than the traditional law school route, but it was my only option, and it feels so, so, sooooo good to be here and on my way to achieving my goals.”

Kim thanked CNN host, Van Jones, who nudged her to go to law school, and her law school prep team.

“A big thank you to @vanjones68 who talked me into going to law school in the first place before introducing me to @jessicajackson and @edyhaney who have brought me along to watch their every move in the courtroom. I respect them so much and appreciate you both for letting me tag along and ask all of the little questions along the way.”

The Skims founder wrapped her triumphant message by giving a shout-out to her late father and former successful L.A. attorney, Robert Kardashian Sr.

“Bottom line is don’t ever give up even when you are holding on by a thread,” she concluded her celebratory message. “You can do it!!!!! Set your mind to it and get it done because it feels soooooo good once you get to the other side!”

Related Items:#KUWTK, featured, Keeping Up With The Kardashians, Kim Kardashian
Kanye West Says He ’Needs To Be Home’ With Kim And Their Kids During Thanksgiving Visit To Skid Row!
Kim Kardashian’s Business Manager Murdered ‘Sadistically’ By Boyfriend And Found Dead In Trunk Of Car!
Comments
To Top
Loading Comments...