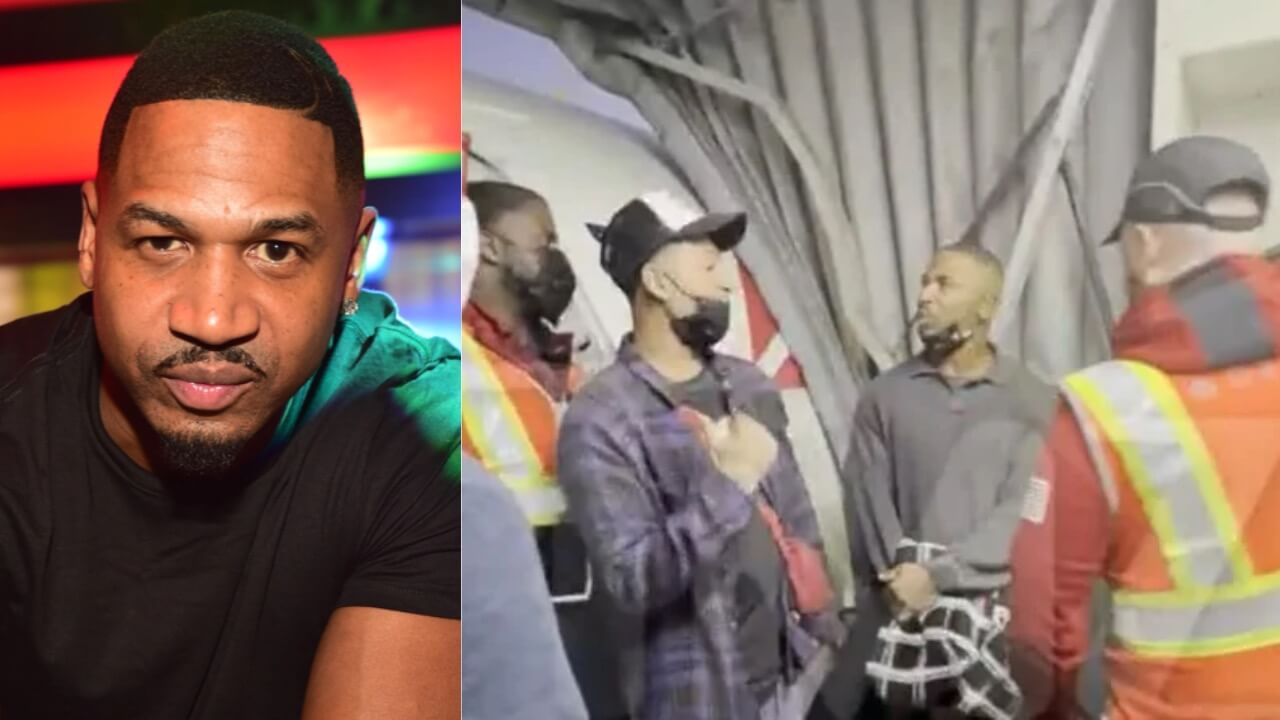 Stevie J was booted off a Delta flight destined for Atlanta on Friday—and was met by the cops when he and his travel partner deplaned at LAX. TMZ got to the bottom of the airport drama after a source dished that Stevie’s buddy overstepped when he carried an alcoholic beverage past the gate, after being told to discard the drink by a Delta employee. He reportedly tossed the drink but it was seemingly too late, as the Delta team apparently forced the duo’s exit for disobeying their demand. TMZ obtained a video of the pair walking off the plane, where a man is heard explaining that the issue had been resolved and asking why they were being kicked off the flight.

The Love & Hip Hop star was reportedly angered by the turn of events and was captured on video in a heated conversation with a gate attendant. The producer threatened to sue the airline, during the exchange. Delta confirmed that an incident caused the Atlanta-bound flight to be slightly delayed because of two passengers exiting the plane.

The outlet posted an update a couple of hours later after Stevie J told his side of the story.

He confirmed that he and his son were holding drinks ahead of the boarding process and were told to get rid of them before walking on the plane. Stevie explained that they did so, but not before finishing the beverages. The gate agent did not appreciate the move and reportedly created the ruckus. The music producer clarified that no drinks were brought onto the plane and that they ultimately obeyed the Delta team’s orders. He said that the treatment was unacceptable and that he thinks a racial element played a part in the messy confrontation. He added that he plans to consult a lawyer. The duo booked another flight to Atlanta and made it in time for Stevie’s daughter’s birthday. The pair is reportedly not banned from flying on future Delta flights.

Stevie has been making headlines in recent weeks, as his divorce from his estranged wife, Faith Evans, continues to unfold.

The record producer and the R&B artist’s marriage hit the rocks last month, after being married for three years. The pair do not have children together, but both have children from previous relationships. Stevie filed for divorce in November.

Stevie recently asked the judge presiding over the divorce proceedings to force Faith to pay spousal support. Stevie also asked the judge to “terminate the court’s ability to award support to [Faith Evans]” and requested that Faith cover all legal fees.

The R&B singer fired back in response, filed on December 3rd. She demanded that the court deny Stevie’s request and asked to be awarded “all property acquired prior to marriage, by gift, inheritance, or devise, and after the date of separation.”

A judge has yet to rule on the spousal support dispute.