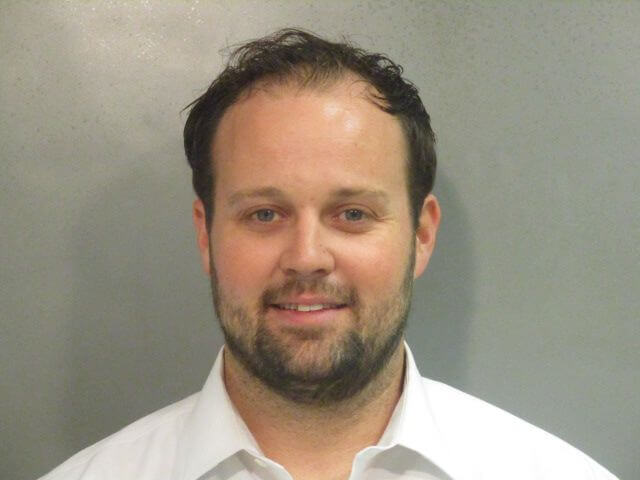 A federal jury in Fayetteville, Arkansas found “19 Kids and Counting” star, Josh Duggar, guilty on two counts of downloading and possessing child pornography, on Thursday. Some of the images included children under the age of 12, according to prosecutors. Investigators described the materials as “the worst of the worst” they had ever seen, during the trial.

Duggar, 33, “knowingly received” child pornography between the dates of May 14-16, 2009, according to the grand jury indictment, filed by the U.S. District Court in the Western District of Arkansas.

Duggar’s lawyers, Justin Gelfand, Ian Murphy, and Travis Story, told TMZ of the trial—”We appreciate the jury’s lengthy deliberations, we respect the jury’s verdict, and we intend to appeal.”

Duggar was taken into custody and booked into the Washington County Detention Center, where he will await his sentencing, potentially up to four months.

“Mr. Duggar 100 percent has been compliant awaiting trial,” Judge Timothy L. Brooks, the judge who presided over the case, explained. “I appreciate that, and I wanted to acknowledge that; however, because of the guilty offenses, he must be detained regardless of flight risk, so there will be a mandatory detention. The marshalls will set that up.”

Federal agents raided Duggar’s office inside a car dealership on November 19, where they seized his computer and other electronic devices. He was arrested on Thursday, April 29, and charged with receiving and possessing material depicting the sexual abuse of children. A Department of Homeland Security official stated that Josh possessed over 200 images of nude minors and material pertaining to child sexual abuse. The material reportedly revealed children as young as five years old.

The trial lasted two weeks and included testimonies from multiple witnesses and digital forensic analysts. One family friend, Bobye Holt, tearfully testified that Duggar admitted to molesting a five-year-old girl when he was a teenager.

Duggar shares seven children with his wife, Anna Duggar. Anna has stood by her husband, amid a belief in his innocence. She reportedly left the courtroom when prosecutors warned that they were about to reveal sickening images of abused minors. She reportedly rushed out again when it was revealed that her husband had used the family’s Instagram password to gain access to child pornography.

Duggar kept his head down throughout the trial. The “Counting On” alum was “teary-eyed but not crying” after being convicted on both counts, per a report by The Sun. Anna was reportedly “completely stoic” and was comforted by her father-in-law, Jim Bob Duggar. Duggar’s last words to his wife were that he loved her, according to the report.

The former TLC personality faces up to 20 years in prison and fines up to $250k on each count.