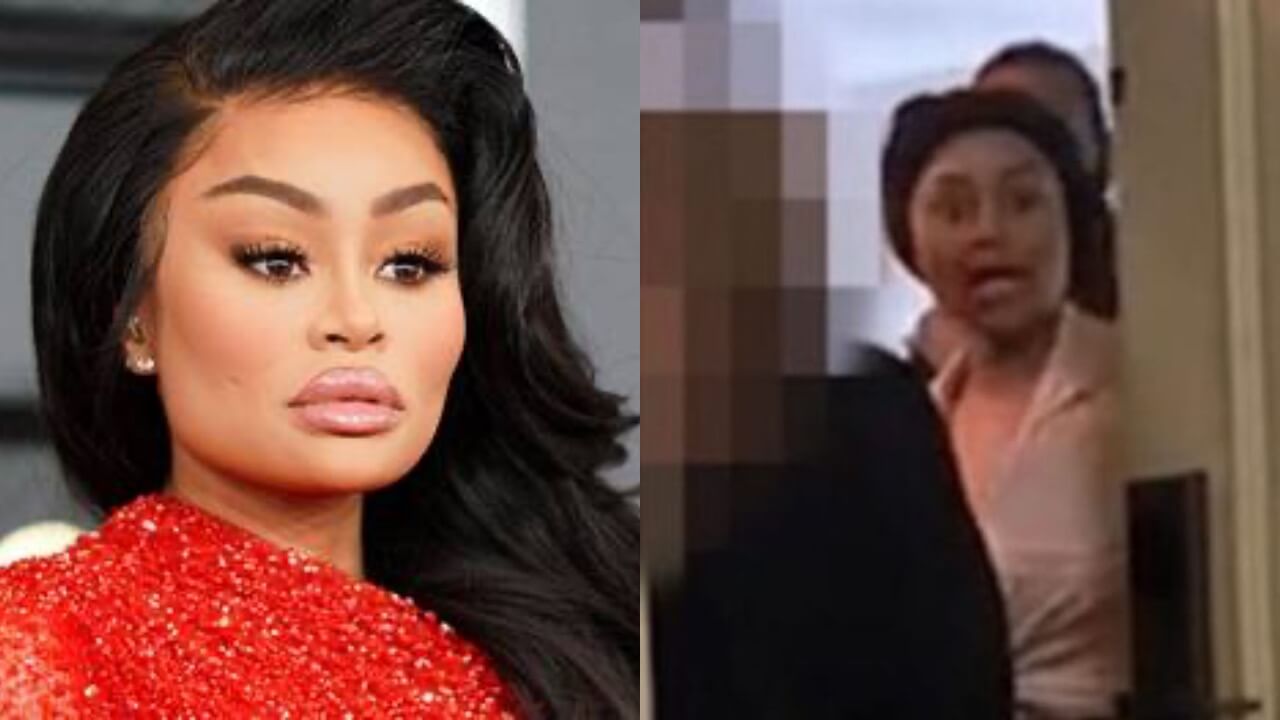 Police have launched an investigation after Blac Chyna was accused of holding a woman “hostage” inside a hotel room during a “drug-fueled” party, last month. The Sun has obtained a video that shows a young woman leaving a room at the Sacramento Sheraton Grand after being allegedly held against her will.

The dramatic incident was captured by Ron Knighton, a friend of the woman, who told the outlet that they had been invited to Chyna’s hotel suite after attending an event at the 3M Event Center.

“Everyone was enjoying themselves; the drinks were flowing and the energy in the suite was real good,” Ron said.

“Suddenly out of nowhere Chyna just yelled at my friend to ‘shut the f*** up’ or she’d beat both our a**es,” Ron claimed.

“The vibe immediately changed so at that point we thought it was best to leave – but when I went to walk out she shut the door behind me and kept my friend in the room,” he added.

Ron had been reportedly waiting in the hallway for about 20 minutes when another group of Chyna’s friends approached the hotel suite and knocked on the door. Ron’s footage captures Chyna unlocking and opening the door. Ron yells at his friend to come out before she exits from behind Chyna and runs down the hallway crying. Chyna can be heard asking the pair to stay before Ron yells— “We aren’t staying anywhere- we are leaving! You crazy?”

“It’s not your fault. She’s high on cocaine and crazy,” Ron claims in the video.

“It was really strange because the evening actually started really well,” Ron told The Sun, adding that Chyna “wouldn’t let her leave even though my friend was crying and shouting – she was being a total bully.”

Watch the crazy incident below!

Ron added that his friend called the police, after the incident. The Sacramento Police Department confirmed that they were alerted to a disturbance on November 27, at 3 am.

“A dispute between two parties occurred, and the incident was resolved at the scene by the individuals involved. No injuries were reported,” a spokesperson confirmed. “The department is actively investigating the circumstances surrounding the incident and the investigation remains active.”

Chyna issued a swift denial, through her lawyer.

“This story is false. This latest false accusation of criminal conduct is just the most recent in a long line of false accusations against Blac Chyna,” Lynne Ciani told Radar Online.

“We are very thankful that video evidence has allowed us to disprove past false allegations of “assault & battery” by her then-fiancé Rob Kardashian, a false accusation of “assault with a deadly weapon”, and now this false charge. The video being circulated on social media shows that Blac Chyna did not hold anyone against their will,” the lawyer continued.

“We are hopeful that one day people will stop falsely accusing Blac Chyna of criminal conduct. Until that day, we will continue to disprove these false allegations to law enforcement and in the courtroom,” she added.