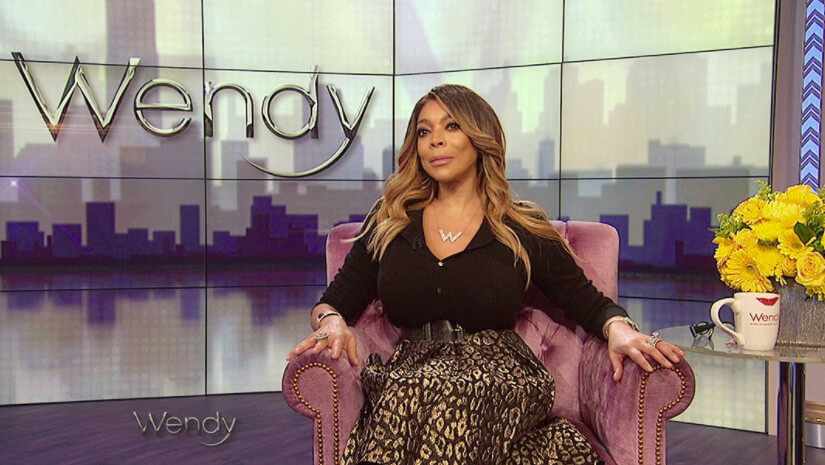 Wendy Williams will not be back in action until at least February. “The Wendy Williams Show” announced on Wednesday that the show will continue on with guest hosts through the month of January, after the series returns from a holiday break.

Fat Joe and Remy Ma will take over daytime hosting duties during the first week of January and Michael Rapaport will return for the second week. Comedians, Kym Whitley, and Finesse Mitchell will host for week three before Sherri Shepherd returns to take over the show until February.

A source described Wendy’s possible return to her purple chair a “lame duck” comeback, in a comment to Page Six.

“Even if she did come back, she’d be a lame duck because her show isn’t renewed beyond this season,” an insider told the outlet.

The show’s update comes amid rumors that allege that Wendy’s return looks bleak as she continues to battle ongoing health problems.

As reported—the daytime host appeared to be in good spirits when she was spotted leaving a Miami wellness center earlier this month. “The Shade Room” shared a clip of Wendy leaving the facility while being steadied by her driver. The 57-year-old chat show host brushed off a question about the potential cancellation of her show while walking barefoot to her SUV. Wendy replied “thank you!” when the reporter wished her well and commented—“everyone does hope you feel better.”

“Wendy is doing fabulous,” she added, speaking about herself as she entered her vehicle. She promised her fans “much more Wendy stuff” before ending her comments.

Sherri Shepherd and Leah Remini were reportedly in the top spots for Wendy’s permanent replacement, but it appears that Leah has not yet been invited to fill in after the show’s holiday hiatus.

Leah, who is reportedly a favorite among producers, did not seemingly make the cut alongside the former “View” host.

“The company execs are obsessed with Leah. That’s why they are bringing her back for 2 more weeks to host,” a source told Radar Online last month, about the actress. “Her ratings were huge and the entire staff loved working with her. She made it so easy and fun.”

Producers reportedly believed that Leah “could be the one to replace Wendy for good,” making their move to bring back only Sherri an unexpected twist.

“No-one expected ratings to go up 32% without Wendy. The fill-in hosts were just supposed to keep the show’s lights on until Wendy was well enough to return. It was assumed that without Wendy, the audience would not watch, but the has not been the case. In fact, when Sherri Shepherd took over, she not only retained all of Wendy’s fans but also brought in a whole new audience, too. This is why the search has changed from finding a temporary replacement to a full-time one,” a source told Radar.