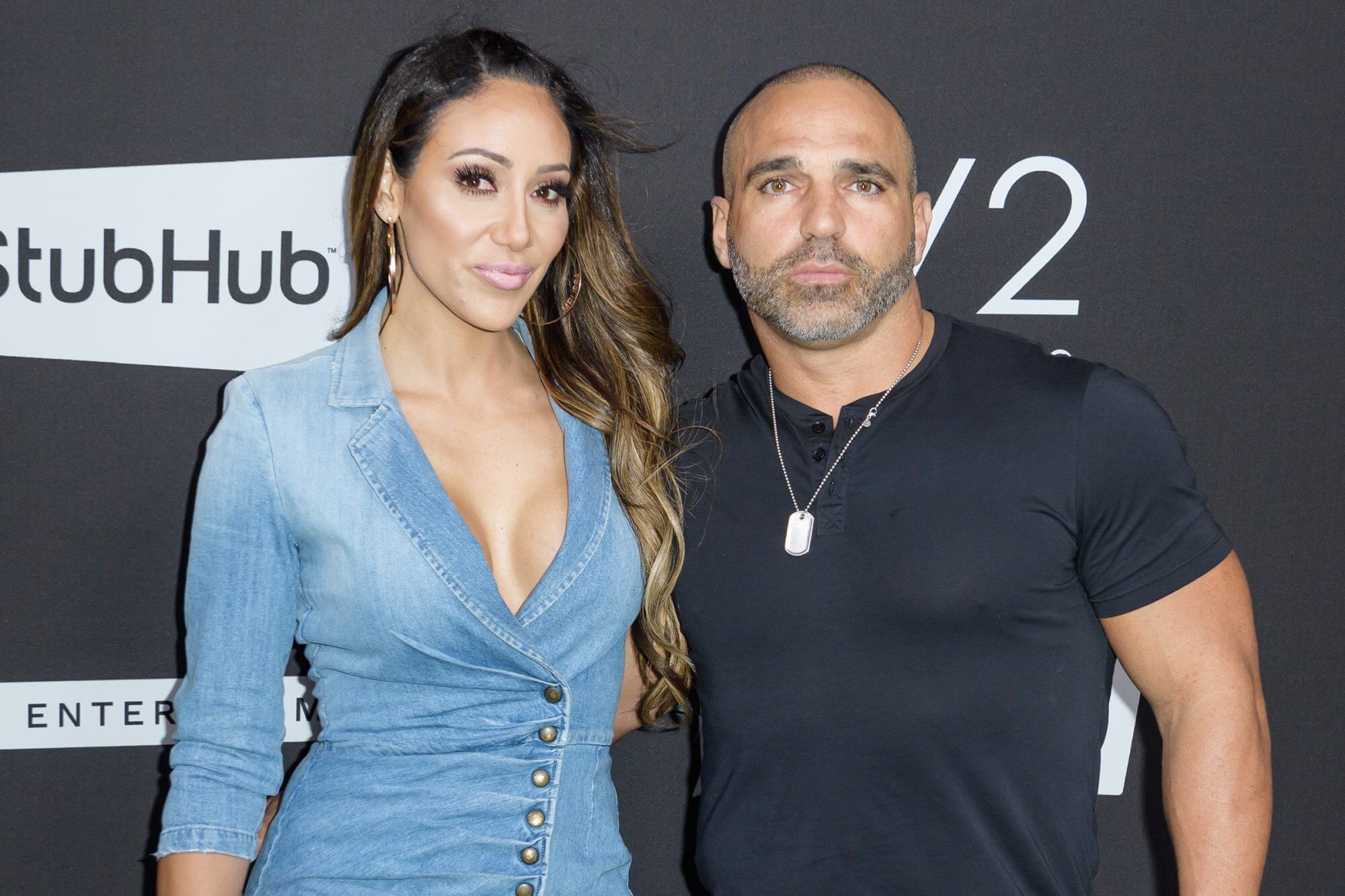 Joe Gorga was yanked offstage by his wife, “Real Housewives of New Jersey” star, Melissa Gorga, after recently bombing a stand-up comedy routine in New York. The Bravo personality attempted to tell an amusing anecdote during an appearance at Governor’s Comedy Club in Long Island, but was barely coherent, prompting his wife to come to his rescue.

Joe began by repeatedly asking the audience “Are you guys ready? And “We all gotta be f–king ready,” without delivering any punchline. One of Joe’s friends tried to shut him down, but Joe refused to leave the stage until his wife intervened. The audience encouraged Joe to continue, despite sensing that things were not on track.

Joe’s manager, Mike Martocci, blamed his client’s lackluster performance on a combination of cold medicine and booze, writing in a statement to TMZ—”Joe was sick that day. He had a cold. He took Sudafed and then had a couple of Scotches. It just hit him when he went on stage. We came back the next night and he made a joke about it.”

The RHONJ star has been traveling across the country over the past month, in his first stand-up comedy tour.

“This was not my typical show,” Joe’s manager told Page Six, via a statement. “As I share my many life lessons in my stand-up routine, now I can add this one – don’t mix alcohol with Sudafed.”

“This was not a common occurrence for me – I wasn’t feeling well and didn’t want to let my fans down,” the statement continued. “I had been taking Sudafed and had a couple of scotches before I went on stage, as I normally do. Unfortunately, my body did not react well to the mix.”

Joe said in the statement that his wife had never seen him “like this,” which is why she came on stage to give him the hook.

“I have directly responded to my fans who were there and reached out to me. I started my comedy tour to share my stories and to make people laugh,” the statement concluded. “As I continue my tour, I look forward to providing people with the authentic, fun, and raw Joe Gorga they deserve.”

“I don’t know what they gave you backstage, babe, but I got a feeling…,” Melissa told her husband, before stopping him from taking another sip of his drink.

“I swear to you, usually, he cracks us up; He has a routine that makes us all laugh in tears every night — that I promise you,” she told the audience, who cheered and laughed as Melissa led him off the stage.

Watch the awkward moment below!

A source dished to TMZ that the crowd actually turned on Joe after he started cursing at them, but calmed down after Melissa delivered her message.

Joe launched his tour on October 27, at Carolines on Broadway. Several RHONJ cast members were in the crowd to cheer him on, including his sister, Teresa Giudice, and her fiancé, Luis Ruelas.