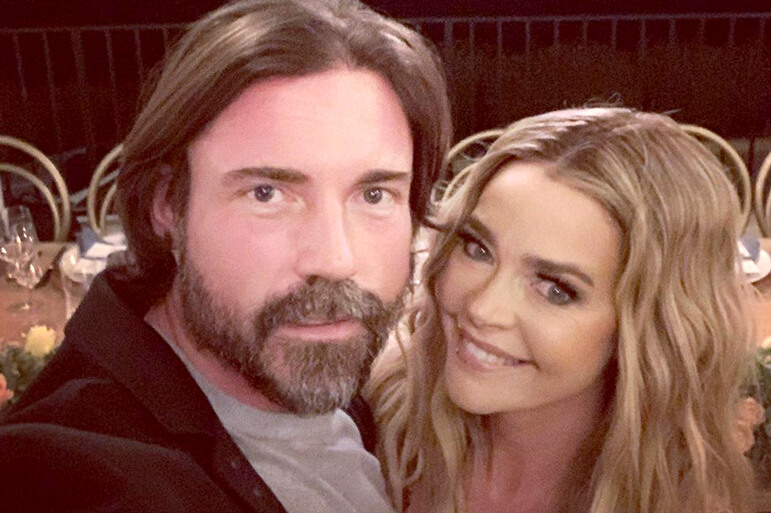 Denise Richards has reached a settlement with her former landlords, who accused the “Real Housewives of Beverly Hills” alum of trashing their rental property. Denise and her husband, Aaron Phypers, were set to face off in court against Anthony Ellrod and Christopher Masterson, on Monday. Denise was planning to take the stand in the civil trial and testify before a jury.

The plaintiffs and the actress were able to hash out a deal, ending the case before the trial date.

As reported in June—Ellrod and Masterson sued Denise and her husband, Aaron Phypers, in January 2020 after accusing the couple of trashing their Calabasas rental home. The former RHOBH couple leased the Los Angeles property in 2018, months ahead of their September wedding. Denise reportedly agreed that the only animals allowed on the property were to be two pot-bellied pigs and three dogs. The Bravo star also agreed to “properly use, operate, and safeguard the property, keeping it clean and sanitary, would pay for all damage to the property caused by tenants or pets.”

The landlord alleged that the couple violated multiple terms of their lease by bringing additional pets on the property. They claimed that the reality star and her husband allowed two pot-bellied pigs, three dogs, and two ponies on the property, and left the home in shambles.

“During their seven-month tenancy the defendants trashed the house and destroyed the landscaping, resulting in over $100,000 in damage,” the lawsuit read.

The landlords asked for $113K to cover repairs.

Denise and Aaron alleged that the home was already in need of repair when they signed the lease agreement. They denied all accusations of wrongdoing and claimed that the landlords pursued the suit because they were having trouble selling the property. She noted that the home sold in 2019 for $1.9 million.

The former Bravo star alleged that the landlords did not make improvements to the home before selling the property. She denied that there were ponies brought on the property and claimed that she received permission for the other animals. The mom of three also revealed that she offered to settle the case for $33,500 but that her offer was rejected.

Denise stated in court documents that she left the home in great shape and violated no part of the rental agreement. The actress paid $56k upfront plus a $10k security deposit. She alleged that the landlords not only kept the deposit but did not provide an itemized list to back up their decision.

Denise and Aaron filed a countersuit against the two men, accusing the landlords of leaking private information in the lawsuit filing.

Both suits have been settled, but the details and terms have been kept under wraps.