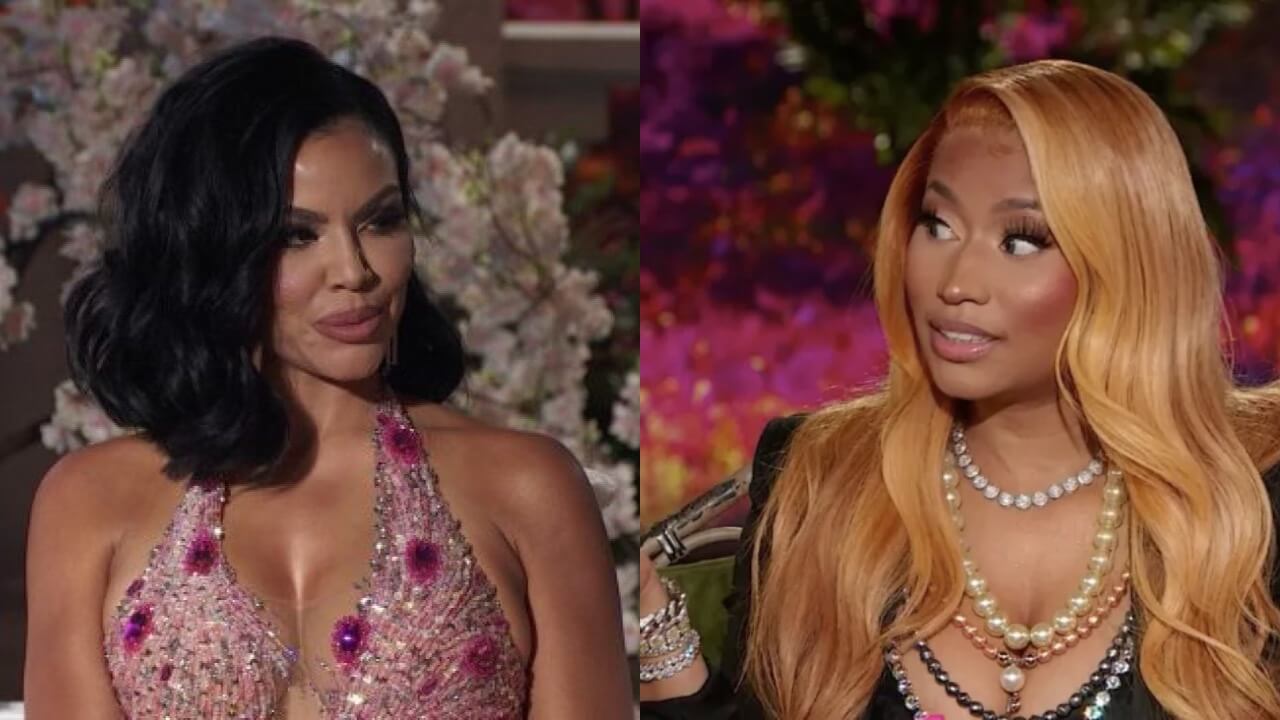 Nicki Minaj’s Real Housewives of Potomac post-reunion social media comments are not sitting well with Mia Thornton. The rapper has been chatty on Twitter since her spicy reunion appearance, and while most of the ladies have given kudos to Nicki, her latest commentary on Mia has not gone over well with the Bravo rookie.

Nicki tweeted—“Next Day Thoughts #RHOP. I got in Mia a** (pauz) about things I rlly wish made the show. I asked a cpl hours of questions and only about half hour of it (with commercials) could rlly be used due to time.”

“On top of that, Wendy cut me off when I had a rlly spicy point to make,” the singer added.

Mia quoted the tweet and wrote—“Typical female. Meanwhile, I’ve said NOTHING but positive things about this girl in ALL of my press interviews. Bay-bee. No one can get into my *** Play the tape back. #rhop #queendom.”

Nicki shared a new installment of “Next Day Thoughts” which referenced Mia.

She tweeted—“Next Day Thoughts #RHOP. Mia & Robyn r the friend that’s gon amp a btch like me up all day by just sittin there, lookin cute & laughin… I’ll keep goin just to keep making them laugh. Plus I know when I tag them in they gon roast TF outta you too.”

Mia responded—“Let me be nice. I just don’t like it when peeps be making statements that aren’t true. I don’t play those games, I don’t care who you are. #RHOP.”

Chris took to the platform as Sunday’s episode aired, calling out the rapper’s take on his wife’s singing career. Nicki tweeted about how she came up with the questions before the feud heated up.

Nicki tweeted—“I forgot to tell you guys, all of the questions were mine with the exception of 2. The Eddie/booty model question & if Giselle/Robyn shared a bed in the hotel question were courtesy of the producer phone call I did w/Bravo.”

Nicki added that she “loved the producers, our calls were hilarious.”

Chris, who was apparently irritated because Nicki forced Candiace to sing, came out during a commercial break to confront the mega-famous guest host. Andy Cohen tried to encourage Chris, but his effort fell flat.

“I don’t need to do nothing but support my wife,” Chris responded.

Chris then fired a shot at the show while responding to a fan, writing that the show was “low budget at its FINEST. They just don’t know.”

The reality star wrote—“‘You’re an artist. Sing!’ Lol. You’re a heaux, but we don’t ask you to — Nevermind.”