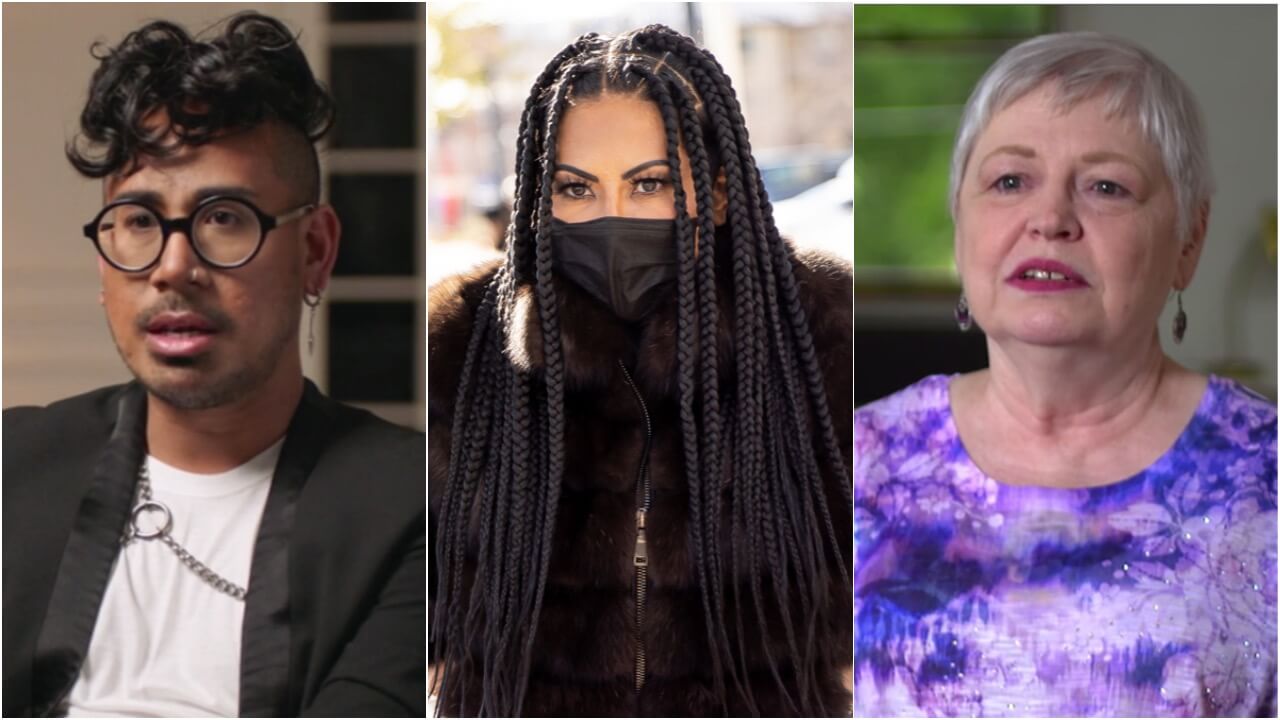 Hulu documentary, “The Housewife & the Shah Shocker” premiered on Monday, and featured interviews from two alleged victims and the agents investigating Jen Shah and her assistant, Stuart Smith. Legal experts and ABC correspondent, Aaron Katersky, also appear in the special.

The Real Housewives of Salt Lake City star was arrested in March and charged with one count of conspiracy to commit wire fraud and one count of conspiracy to commit money laundering in connection to a telemarketing scheme. Jen is one of six suspects, one of which is her assistant, Stuart Smith. The reality star was accused of selling “lead lists” and hawking supposedly fake business opportunities to vulnerable targets.

Jen and Stuart both pleaded not guilty in April, but Stuart changed his plea earlier this month, pleading guilty to conspiracy to commit wire fraud, money laundering, and obstruction of justice.

“Eight months after the arrest, he pleaded guilty to charges of conspiracy and obstruction, admitting that he hid money and defrauded elderly people,” Katersky said. “And he didn’t say who he conspired with but everybody knows his association with Jen Shah. Together, the charges to which he pleaded guilty carry a maximum of 70 years in prison, to be sentenced in March of 2022.”

The documentary points out that Jen claimed that she spends $50k a month on her RHOSLC casting tape. The figure is questioned in the special, as her husband, Sharrief Shah, is employed as an assistant basketball coach.

Designer, Koa Johnson, alleged that the reality star’s fur coats, jewelry, and Porsche are all on loan or borrowed.

Video surfaced of Jen screaming at her employees, including Johnson, earlier this year. Johnson, who claimed in March that he was left “traumatized” by the experience, continued to speak out in the documentary.

“Every scene, she’s, like, screaming, and in real life, there are moments where she’s always screaming. She’s actually worse off-screen,” he alleged. “She did say in a couple of her interviews that she’s the Wizard of Oz. The woman behind the curtain. I don’t think she’s the wizard, I think she’s the Wicked Witch of the West.”

Penny Pucket claimed that she invested $97 on a program designed to aid her in marketing a baby blanket company, but ended up with a $29k debt. A company called Ecommerce contacted Pucket to “coach her” while allegedly manipulating her into signing on to more services.

“Penny clicked an ad for a work at home business. And we can assume her name wound up on a lead list,” Katersky claimed. “And that meant it was open season on her because she was seen as being susceptible to salespeople getting her to buy more stuff.”

Marie Walker was allegedly “inundated with calls from telemarketing companies” after clicking on an offer amid an effort to start an online beauty business. The preschool teacher spent $1,000 on “a social media boost package” from Mastery Pro, a company allegedly operated by Jen and Stuart.

“In January 2021, I started having a lot of trouble with the website. I was trying to reach the marketing coach, the website builders and I couldn’t reach anybody,” Walker claimed. “There was no website, nothing. … I contacted all my credit card companies, my bank, I’d contacted the police department, made reports. I contacted the FTC. I put in a total of about $18,000. I did get back some on credit cards, about $8,000, but the rest is lost.”

Stuart confessed to “misleading customers” earlier this month, and told the court that Mystery Pro was created “to hide actual ownership of the corporation.” The documentary claimed that the company raked in at least $5 million.