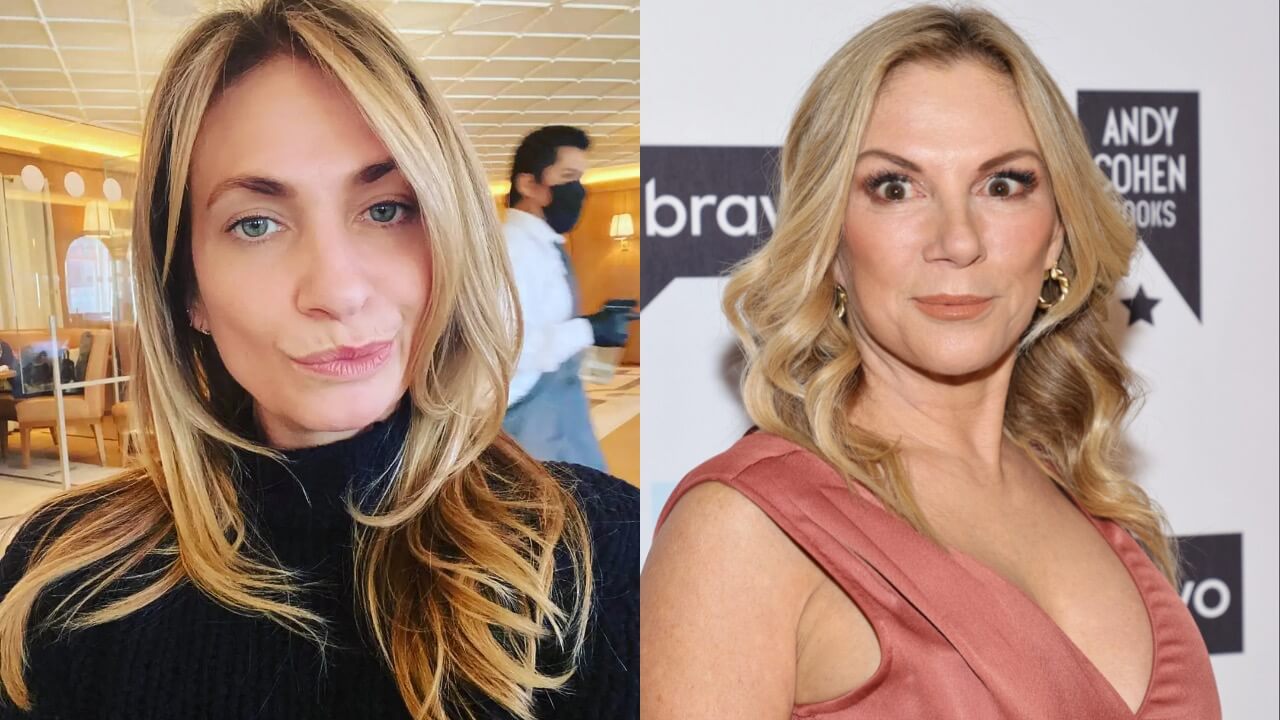 Heather Thomson slammed the network that made her famous and put her former co-star, Ramona Singer, back in the hot seat in a recent interview with the New York Post.

Heather, 51, explained why she initially agreed to appear on the Bravo series, before ripping the network “machine” for rewarding bad behavior. She also claimed that she witnessed Ramona making an alleged racist comment that reportedly led to the cancellation of the RHONY reunion series.

Ramona, 64, supposedly said in reference to Eboni K. Williams, the show’s first black cast member—“This is why we shouldn’t have black people on the show” after Luann de Lesseps booted the newbie from her Hamptons home. Ramona has denied the claim and was cleared after an internal investigation was launched.

“I was there and I heard Ramona say that and I freaked out,” Heather told The Post. “Bravo said there was an investigation. To my knowledge, they’ve never offered or required unconscious bias or sensitivity training to the cast or producers on the show ever. I was never asked. Do they know and care about the effects [the show] has? It’s nonsense. They are not interested in people, they are interested in money.”

Heather quipped—“What do you think?” when asked if she thought that Ramona had issues with people of color.

Heather claimed in the new tell-all book “Not All Diamonds and Rosé: The Inside Story of The Real Housewives from the People Who Lived It” that former co-star, Sonja Morgan, allowed men “put lit cigarettes in her vagina” for fun. Sonja denied the claim before video footage surfaced exposing Sonja and “Million Dollar Listing L.A.” agent, Josh Flagg, referencing such an episode.

“I wasn’t telling a secret,” Heather clarified. “It was this thing they were into for a while. I was not dropping tea in that book. I was talking about something that was public knowledge.”

Josh recently appeared on the “Juicy Scoop” podcast and declared that “Heather [Thomson] is full of s–t.”

Heather explained that she had heard that Josh and Sonja were collaborating on a “dark cabaret” show, and was later surprised when she and her husband, Jonathan Schindler, bumped into the duo at the Boom Boom Room at Manhattan’s Standard Hotel, in 2014.

“I saw them together and I saw that she had been drinking … and I was keeping an eye on her,” Heather said, in the interview. “I was like, ‘Wait, where is Sonja?’”

She found Josh and Sonja on the rooftop deck. “They were about to show [another man] the trick that they do,” she said about the cigarette.

“Yeah, we’ll show you. We make it smoke,” the duo allegedly told Heather, when asked what they were doing.

Heather persuaded Sonja to leave with her, after telling her “This guy [Flagg] is not your friend.”

Heather also revealed that she spoke to producers about her concern over Sonja’s drinking habits.

“I absolutely talked to production when I had concerns that it was getting out of hand and it was dangerous,” Heather said. “It was difficult to work with and witness, and I got no response, really.”

“It was completely staged and totally fake,” Heather claimed. “It was a ring that Ramona was wearing. And she took it off and gave it to Harry to pretend that it was his … it was oneupmanship.”

“That was more important to the show … [than Luann’s heartbreak]. And I was incensed by it,” she added. “The authenticity is missing. The women were self-producing, and many storylines were forced and contrived. Fake storylines with a ring that was pulled off of somebody’s finger two seconds before. Borrowed to make this fake engagement,” she added.

Heather called herself “a fool” for coming back as a “friend” of the cast, for Season 13.

“I went back saying, ‘No judgment. I want to have a clean slate.’ But I’m the one that’s the fool,” she said.

“There was some [camaraderie] when I [first joined the cast]. And when I came back … there was no camaraderie. It was …. everybody out for themselves,” Heather explained. “I only filmed for one weekend. It was at Ramona’s house in the Hamptons. They put me in the basement. I was by myself and I was ambushed … They held me in the car for two hours while the other women got dressed and ready for the party.”

Heather said that a storyline had been crafted “about me and my [‘In My Heart’] podcast. That I had talked behind the women’s back or something like that, which was just completely untrue.”

Heather weighed in on women being “sucked into” the Bravo machine, commenting—

“Generally speaking, the women that join the show are not self-absorbed, catty, horrible people. They’re birds in gilded cages. They go in there with the right intention, but then you get sucked into this system of what the viewers want,” Heather said. “These women are part of a machine that has awarded them and fed them for outrageous behavior. It’s a career. It’s their check. And they don’t have other jobs outside of it. And so you become a product of the environment of what the fan is looking for.”

The former Bravo star wrapped her thoughts by promising future silence about her RHONY experience.

“After this, I will never talk about ‘Housewives’ again, period,” Heather said. “That chapter is closed in my life — everybody knows what they need to know and I’m moving on. Good luck and goodbye.”