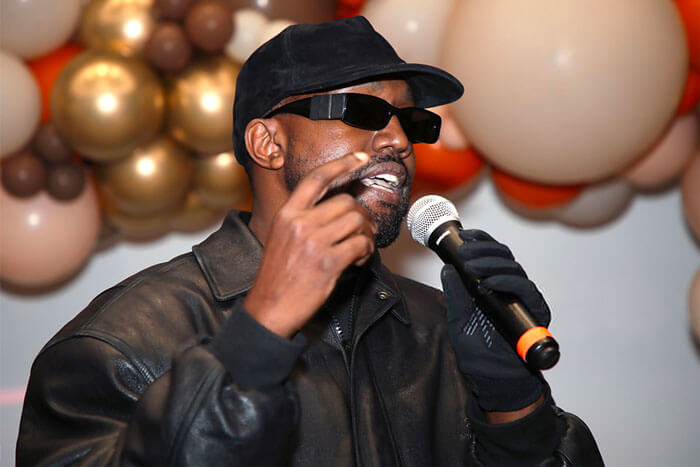 Kanye West’s speech during a Thanksgiving visit to Skid Row took a turn when the rapper launched into a rant about how God wanted him back with his ex, Kim Kardashian, despite her public romance with Pete Davidson.

Kanye, 44, went on to slam E! and Hulu, the networks behind Kim’s former reality show, “Keeping Up With the Kardashians,” and her family’s upcoming reality TV show.

Kanye’s visit to Skid Row involved a meeting with the CEO and president of LA Mission, a Los Angeles nonprofit organization that helps battle homelessness.

Kanye, seemingly aware that his talk may have been coming across as confusing, added—“I’m trying to express this in the most sane way, the most calm way possible, but I need to be back home.”

A snitch at the gathering told Page Six that the artist spoke about other things aside from his family circumstances.

“He had never been there and wanted to see everything going on. He talked about saving the world and how he had all these ideas to work with LA Mission,” the source said.

However, Kanye appeared compelled to speak out about his broken marriage.

Kim filed for divorce from Kanye in February after a seven year marriage. The ex-couple shares four children together—North, 8, Saint, 5, Chicago, 3, and Psalm, 2. Kanye has dated model, Venetria, but a source close to the Kardashian clan told Page Six that the family is concerned about how Kanye is taking Kim’s romance with Davidson.

“He can’t be taking this well,” the insider said.

Kanye said that he wanted to stay in the marriage during an October interview.