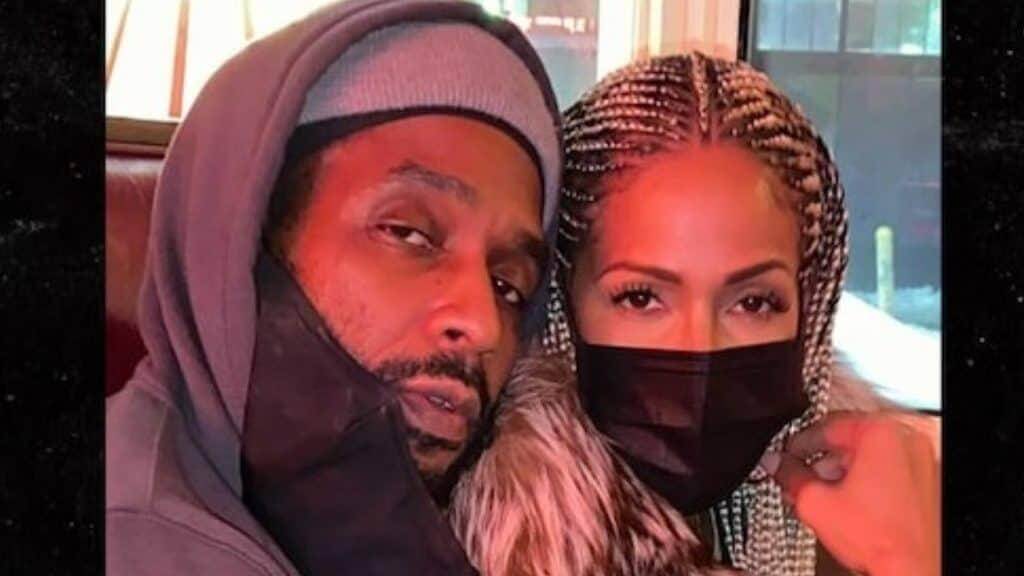 It looks like there’s trouble in paradise for returning Real Housewives of Atlanta star, Shereé Whitfield, and her recently sprung boyfriend, Tyrone Gilliams. TMZ is reporting that Shereé has not communicated with Tyrone, who is currently under home confinement, since the November 6 incident— which began to unfold a few hours before a scheduled meeting.

Shereé reportedly told Tyrone that she was leaving New York and coming  to Philadelphia for a visit. Things seemingly went sideways between the couple when Shereé informed Tyrone that she would be bringing along a RHOA camera crew to document the meeting. The outlet reports that Shereé was hoping to film a scene in a restaurant, but the plan was shut down due to Tyrone’s home confinement status. A trip to a restaurant could have landed Tyrone back behind bars, so he passed, citing the dicey optics that came with the filming opportunity.

Producers reportedly told Tyrone’s attorneys that they would have the footage edited to make it appear that Tyrone had stood up Shereé. A photo of the returning RHOA alum later circulated on the internet, revealing Shereé sitting alone inside a Philadelphia eatery. Perceptive fans noticed the  camera crew and the two menus on the table and assumed that Tyrone was part of the picture.

Shereé‘s relationship with Tyrone was supposed to take center stage amid her Bravo comeback, but that storyline appears to have been sidelined. TMZ reports that the duo has not spoken since, and no apology has been offered from either side.

Tyrone, 55, was released from the slammer and transferred to a Philadelphia halfway house, in February 2021. It was reported at the time that the couple was already planning their wedding.

“Shereé and Tyrone are soul mates, they knew when he got out that the two would marry,” an insider claimed, at the time.

Tyrone was convicted of wire fraud after being accused of stealing more than $5 million from investors. He was sentenced to 10 years in prison, in 2013. He will face three years of supervised release upon his release from the halfway house. He was also ordered to pay $5 million in restitution and to forfeit $5 million, according to FBI records.

Tyrone, a former baseball player, attended Penn State University. He stole millions by running a Ponzi scheme, and used the funds to support a lavish lifestyle. He purchased expensive cars and jewelry, and threw extravagant parties. He even hired celebrities to host the bashes with the money stolen from investors.

In September, Shereé hinted that she was prepping to be camera ready, as rumors swirled about of her reported return to the Atlanta franchise.

Shereé posted unedited footage of a non-invasive procedure on social media, noting that there was nothing wrong with “getting a little tweak here and there.”

Shereé was an original cast member until departing the franchise after Season 4. She returned as a friend in Season 8 and as a full-time cast member the following year. She exited the show in 2010.