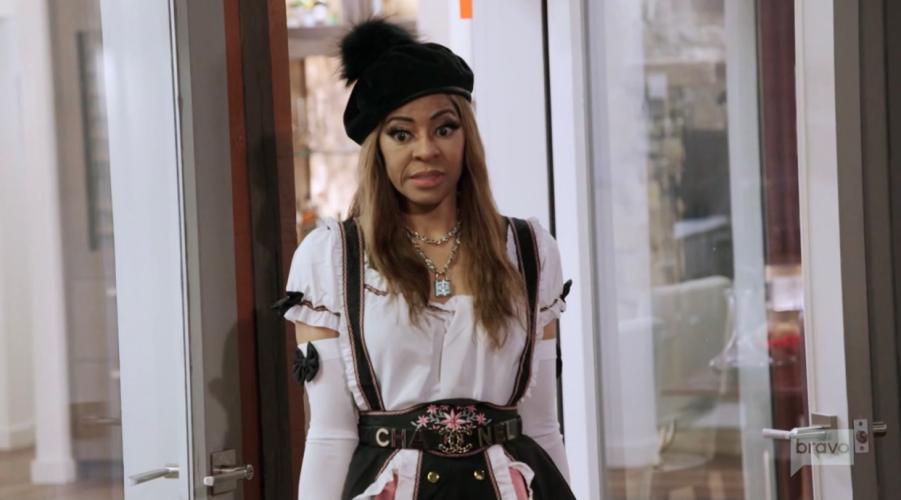 Last week on The Real Housewives of Salt Lake City, the ladies are still in Vail, reeling from what they have heard so far about Jen Shah and First Assistant Stuart’s arrest. Lisa Barlow broke down after the ladies started talking around the dinner table about how they felt. The ladies are speculating about whether Jen has another man, now, given what Lisa has said. Lisa feels betrayed and says she feels like Jen “has a double life.” Lisa recounts what happened immediately after the photoshoot. Jen seemed to forgive her for bringing up “the incident” with her designer assistant, but then, in the car leaving the photoshoot, Jen puts Lisa on blast.

Lisa, Heather Gay, and Whitney Rose all claim to have had weird texts going back to their trip to Vegas last season. These texts come at odd times when Jen is upset about something. Lisa said that one word in the text, “bcuz,” stood out to her as odd. The only person Lisa knows who texts “bcuz” is Jen. Meredith Marks admits to hiring a private investigator when this happened. Whitney, Jennie Nguyen, and Mary Cosby look shocked. Meredith says that her son was being threatened, and the private investigator told her, “It was extraordinarily likely it was coming from Jen.”

Meredith amps it up one more level by asking, “Who here wants to be friends with Jennifer Shah moving forward?” Jennie is uncomfortable that they are bashing Jen without her being there. Heather says that Jen is her friend, and she will help her. Heather is ride or die for her friends and says she would visit Jen in prison. Lisa thinks she’s been a good friend to Jen, but turns to Heather and says, “at what point is it being a good friend or just being, like, f-ing stupid?”

Meredith wants to know why no one is talking about “the hundreds of lives she [Jen] has ruined by her actions, and I’m supposed to feel bad for her?” Heather thinks that if Jen is ever going to be a better person, it might happen after everything that defined her is stripped away. Mary chimes in with, “I’ve never seen potential in Jen. I’ve never seen good in Jen.” Whitney thinks they are owed the truth from Jen. And Mary challenges Whitney to call her right up, right then in that moment. Heather calls Jen and her voicemail box is full. And Meredith announces that she is done. Meredith says, “I do not want her in my presence. I don’t want her in my store. I don’t want her in my home. And I don’t want her around my family.” And Meredith goes on to say, “If you want to invite Jen, do not invite me.”

The next morning in Vail, as Jennie is checking in with her husband, Mary wanders in with some kind of Jimmie Hendrix, stars and stripes, outfit. Whitney is cooking eggs, and Mary asks for Whitney to cook her one. Then, when Mary reappears, dressed for the day, she puts the egg in the microwave because she “didn’t see Whitney wash her hands. That’s the only way to kill the germs.”

Jennie, Heather, and Whitney head off to go dog sledding. Meredith takes her opportunity to ask Lisa about what happened at the party with Mary’s former parishioner, Cameron. Lisa says that she thinks Cameron felt extremely close to Mary and trusted her. Meredith is wondering what Lisa is not saying. Meredith wants to go straight to Mary to tell her what she’s hearing. Lisa wants Meredith to keep her confidence about Cameron (too late, national tv).

Jennie, Heather, and Whitney take turns driving the dog teams and riding on the sleds (pondering if they can get a DUI driving the dogs) while Lisa, Meredith, and Mary go shopping and ice skating. A crowd is forming around the public, outdoor ice rink. On the bus ride back from dog sledding, Heather says that Lisa is more upset about herself during the hunt for Jen and the subsequent bus ride from Salt Lake City to Vail. They theorize about what Lisa may or may not know. Jennie has known Lisa a long time and attempts to defend her by saying that Lisa wants all the facts before she says something.

Back at the Vail house, there is another food spread set up, so Team Dog Sled sits to eat outside. Heather tells the ladies that she has a sister in Colorado and was estranged from her. Heather feels like she can rebuild her relationship with her sister, now that she is changing her superior judgmental past. Heather is hoping to meet with her sister and get to know her better.

Back in Salt Lake City, Jen is meeting with her attorney, Clayton. As he explains the charges what the court process is now that she’s been indicted. Jen says in her production interview, “What I have been accused of is absolutely the complete opposite of anything I would ever do in my life. If I have any fault, it is because I am too giving, and I help too many people. The attorney says the next thing is waiting for the paperwork on the $1 million dollar home recognizance bond. They discuss how they have two weeks to come up with $250,000 to secure the bond. The attorney says, property or assets, and Jen says, “the cash.”

Jen says she’s heading home to her sick husband. Jen recounts the phone call she received outside of Beauty Lab while the ladies were waiting to go to Vail. Someone using Coach Sharrieff Shah Sr.’s phone called Jen and told her to pick up their son, Omar Shah, and go to the hospital. Then Jen glazes over being stopped on the side of the road and the rest of the Coach Shah story and jumps straight to victim mode… saying she came from nothing, she’s worked so hard, she’s helped so many people, and her husband and sons are affected by this.

The ladies at the Vail house are dressed in Swedish outfits and gather outside to take shots from an ice sculpture. Mary is freezing and wants to hover inside. She thinks that trips like this are “torture.” The ladies are fawning over cheese, and Whitney brings out the shot ski to try to get the Vail party started. Mary finds it exhausting to keep up with Whitney’s need for attention. They grill their food on the table and then gather outside for desserts. Meredith demonstrates how she makes a super small dietetic smore. Heather thinks it’s for “fat girls who like to camp.”

Mary tries to excuse herself from desserts. She says, “I don’t want to be Debbie Downer” after being Debbie Downer for the entire time. Whitney takes this opportunity, when fully loaded, to talk to Debbie Downer. Mary is closing her eyes while Whitney is talking. After some words back-and-forth, Mary says, “I’m not doing you tonight, girl. Bye” Mary thinks it’s a waste of time to talk to drunk Whitney.

After Mary leaves, Whitney goes on to say, “I know there’s a lot out there about her, and I have protected her from it.” Whitney says that she’s protected Mary’s image as people have asked more and more questions. Lisa keeps trying to skirt around the issue of Cameron, but Lisa wants to keep his confidence. Jennie recognizes how frustrated the ladies are when Lisa throws out hints and leaves them hanging.

Heather draws a parallel about the group turning a blind eye to the red flags with Jen, and Heather doesn’t want to be blindsided again by another friend. Meredith tells the ladies that she talked to Mary earlier that day. Meredith told her that Mary said it was common in all faiths for people to have negative things to say. Lisa jumps right in to say that Cameron has had “extreme religious trauma” as a member of Mary’s church. Meredith calls B.S. on Lisa’s abstract use of “extreme religious trauma.”

Next time, more rumors and accusations arise about Mary, but Mary wants to know why the group didn’t have these conversations about Jen.

Related Items:featured, Heather Gay, Jen Shah, Lisa Barlow, Mary Cosby, Meredith Marks, Real Housewives of Salt Lake City, RHOSLC, Whitney Rose
One Of Jen Shah’s Alleged Victim Speaks Out In New Documentary Trailer: ‘Would You Do This To Your Mother?’
Jen Shah Stands Firm On The Claim That She Fled The Cast Trip Because Husband Sharrieff Was Hospitalized!
Comments
To Top
Loading Comments...