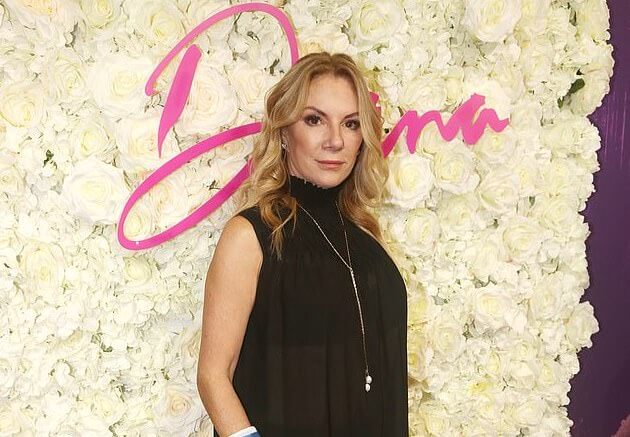 An eyewitness dished to Page Six that the Bravo star entered the Longacre Theatre and plunked down in the first row, drink in hand. She then reportedly treated the Broadway venue like a bar when she placed her drink on the stage. Ramona reluctantly obliged after a stunned usher told her to remove her drink, before putting it back down on the stage.

Broadway patrons are required to wear masks inside theaters, but Ramona appeared to shrug off the rule. The reality star was snapped maskless by gossip columnist, Rob Shuter, while sitting next to an usher holding up a sign that read—“MASK UP.” Ramona rolled her eyes, according to Shuter, before putting her mask on. The writer noted that Ramona’s drink did not have a straw, which enables theatergoers to sip while wearing masks. This allowed the RHONY personality an excuse to pull down her mask every time she wanted to sip her drink.

The “Real Housewives Ultimate Girls Trip” star continued her brash behavior when she did not return until after the first song in the second act, after leaving the theater during intermission. The reality star’s entrance likely caused an obnoxious distraction due to her front row seat.

The outlet reached out to the reality star and Ramona’s rep stated that she had “adhered to all of the theater rules” during her night on the town.

“Ramona only took off her mask when she took a sip of her drink, which was allowed,” the rep said. “Numerous attendees had their drinks on the stage 30 minutes prior to the play starting, and once the announcement was made that drinks were not allowed on the ledge of the stage, everyone immediately removed.”

The snitch insisted that Ramona and her friend were the only two people putting their drinks on the stage.

“Ramona loved the play and thought it was an amazing night,” the Bravo star’s rep added.

Ramona has not been shy about sharing how she feels about masking and other COVID protocols. Earlier this month, she cosigned a video on social media that compared vaccine mandates to Nazi tactics.

Ramona’s boorish Broadway behavior was exposed after the reality star was slammed for repeatedly calling Real Housewives of Atlanta star, Kenya Moore, by the name of Kenya’s co-star, Porsha Williams, on the Bravo crossover series. Porsha is not part of the RHUGT cast.

The show features several iconic Bravo stars across multiple franchises vacationing in a tropical paradise. The first few episodes have been released and Ramona is already getting blowback for confusing one Black woman for another.

Ramona declared in her defense—”I don’t really know Kenya! I only know Porsha. I haven’t really watched the show this season.”

The first three episodes of “The Real Housewives Ultimate Girls Trip” are now streaming on Peacock.

Related Items:featured, Ramona Singer, Real Housewives of New York, RHONY
Andy Cohen Confirms ‘RHONY’ Is On Pause As Reports Say The Show Will NOT Be Returning in 2022!
Comments
To Top
Loading Comments...