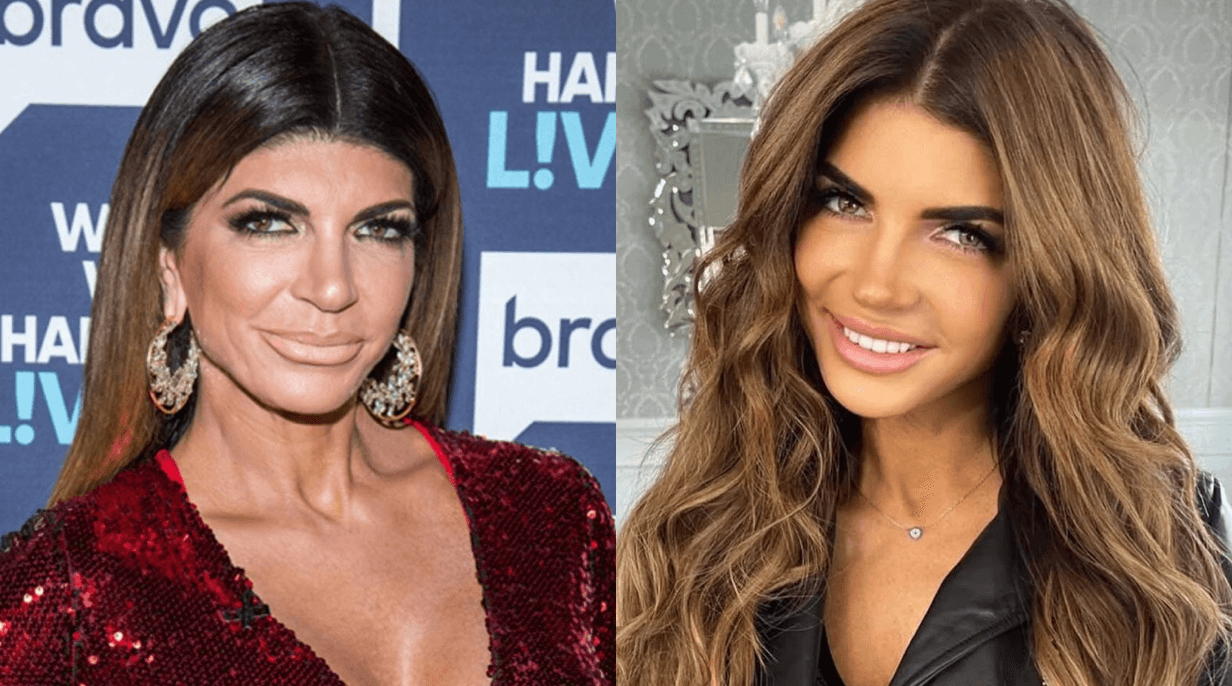 Teresa Giudice turned heads on Instagram after she confessed to tweaking her face with a nose job. The Real Housewives of New Jersey star recently posted a selfie, via her Instagram Stories, to promote Orca Martini glasses. Teresa is smiling with a plumped-up pout in the snap.

The Bravo star’s social media share comes after she admitted to a nose job shortly after her daughter, Gia Giudice, had the procedure. Teresa has not yet copped to getting lip fillers—but that isn’t stopping fans from calling her out.

Fans sounded off after she posted a selfie to promote an upcoming “Watch What Happens Live” appearance.

“The lips are starting to look weird…” another added.

Other fans gushed over the RHONJ veteran’s new look.

Another chimed in that the reality star was “aging backwards.”

Teresa was recently hit with pregnancy rumors after posting a pic that featured her fiancé, Luis Ruelas, resting his hand on her belly. The Bravo personality was also slammed for choosing a “tacky” black and white outfit for an engagement celebration.

Teresa recently spoke to Entertainment Tonight and addressed critics who have accused her fiancé of using her for fame.

“I’m not about ever hurting someone or tearing them down or anything like that,” she added.

Teresa claimed that the idea that Luis hopes to score time in the Bravo spotlight is not accurate.

“And listen, I know people make all these judgements and say all these things on social media regarding him. Like he wants to be on TV,” she said.

“He so does not want to be on TV. It’s so not his thing. “If anything, he’s supporting me, but it’s really not his thing,” Teresa added.

“And the craziest things that they say, like he planned to meet me that day,” the reality star continued. “No, he didn’t even know who I was, and he’s never been at the Jersey Shore, that was his first time. And it’s crazy.”

The mom of four admitted that she had work done to her nose while giving a speech at the New Jersey Ultimate Women’s Expo.

“I don’t know if anybody knows, but I did get the tip of my nose done and I was so nervous about getting it,” she explained. “So I guess I got a nose job – the tip of it – and I used Dr. Tobias in Englewood, [New Jersey]. He was amazing…After I got it done, I didn’t feel [any] pain whatsoever.”

She added that Luis was on board with his future bride going under the knife.