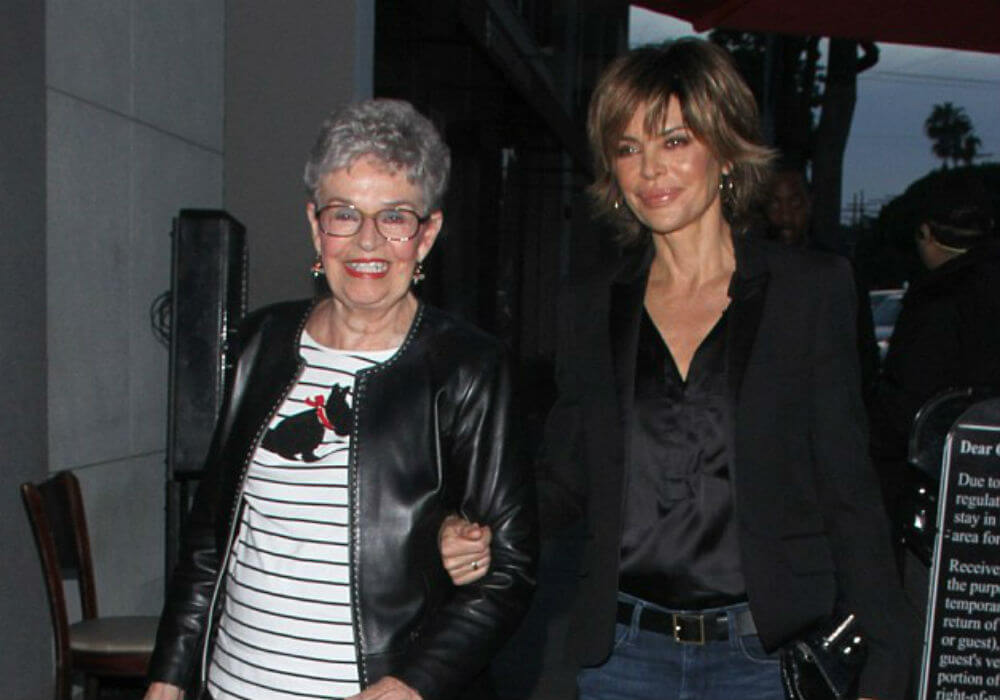 The Real Housewives of Beverly Hills star shared the sad news on Instagram, alongside a photo of her mother on her wedding day.

Rinna’s daughter, Amelia Gray Hamlin, shared a series of photos of Lois over the years in a loving tribute to her late grandmother.

“My guardian angel for the rest of time,” Amelia, 20, wrote on Instagram. “I love you so much my Lolo… you were and will always be much more than a grandma to me.. you were my best friend. My strength. My rock. My everything.”

Amelia added a sentiment about her grandmother joining her late husband, Frank Rinna, who died in January 2016.

“and just like that.. you’re back with Frank,” the model added. “I know they’re having a party for you.. and you are dancing your way through heaven… you’ll never be gone… ‘I did it my way..’ ‘Me too.’”

Rinna announced that her beloved mom had suffered a stroke, last Thursday.

Amelia and Delilah each sent heartfelt messages to their grandmother.

“I have no words. I love you forever nana FaceTiming you today and laughing then crying with you was one of the hardest things I’ve had to do,” Delilah added.

Rinna continued to share emotional updates as her mother “transitioned.”

“Nobody tells you how to do this. You know, there’s not a handbook. There’s never a way to be ready to let go,” the Bravo star said in a tearful video, shortly after sharing the news about her mom’s stroke.

Lois has made occasional appearances on the Bravo show alongside her daughter. She suffered a previous stroke in 2013.

“My Mom had a devastating stroke 6 years ago and had to learn how to walk and talk again months of rehabilitation she is one of the lucky ones,” Rinna shared on Twitter in May 2019.

The reality star reunited with her mother in December 2020 after spending most of the year apart, due to the COVID-19 pandemic. Rinna told her fans that Lois was “doing great” at the time.