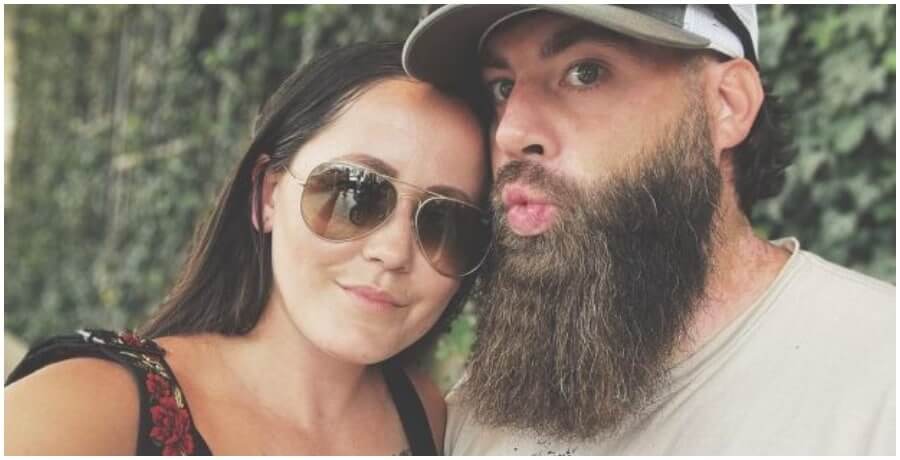 Jenelle Evans’ husband, David Eason, was arrested on Friday for “driving while impaired” and “possession of an open container,” in North Carolina.

The husband of the former Teen Mom 2 personality was arrested on November 12 and locked up in a Columbus County jail around 10:30 pm. He posted a $750 bond through a bondsman around 2:40 am, according to the NY Post.

David, 33, who was axed from the MTV show for posting homophobic comments on social media, was also charged for driving with a revoked license. A court date has been set for February 16. Jenelle claimed that her husband’s license was revoked because David failed to pay an old seatbelt ticket.

In April 2019, fans of the MTV show were horrified to learn that David had killed the family’s French Bulldog, after the animal bit the couple’s daughter, Ensley. The duo temporarily lost custody of their children and Jenelle was fired from Teen Mom 2, after starring in the reality series for almost a decade.

The former reality star announced that she had split from David in October 2019, after 2 years of marriage. Jenelle moved to Nashville after filing a restraining order, accusing her husband of multiple alleged incidents of abuse. The couple reconciled only a few months later.

Jenelle Evans and David Eason tied the knot on Sept. 23, 2017, after welcoming their daughter, Ensley, on Jan. 24, 2017. Jenelle shares a son, Kaiser, 7, with her ex, Nathan Griffith. Jenelle has been working to regain custody of her eldest child, Jace, who has lived with Jenelle’s mother for most of his life.

In June 2020, David was arrested after threatening a friend of Jenelle’s—stating that he would blow his “f**king brains out.”

David was charged with assault with a deadly weapon and communicating threats, according to an arrest warrant obtained by The Sun.

David Eason “unlawfully and willfully did assault” James Spivey “with a deadly weapon, a Springfield handgun, by hitting [the alleged victim] in the back of the neck and on his back with the handgun,” the warrant alleged.

Celebernation reported that Jenelle brought two friends to the family home to pick up some belongings, after arguing with Eason during the week. Things went sideways when Eason began fighting with one of Jenelle’s male friends. He allegedly hit the friend with a gun, which prompted Jenelle and her friends to report the incident to the cops. Police arrested David after documenting Spivey’s injuries.

The couple had been fighting on social media ahead of the incident, with David accusing Jenelle of deserting him for her “drug addict” friend.

Police told TMZ that they did not snap a new mugshot of David after his latest arrest, because his looks haven’t changed.