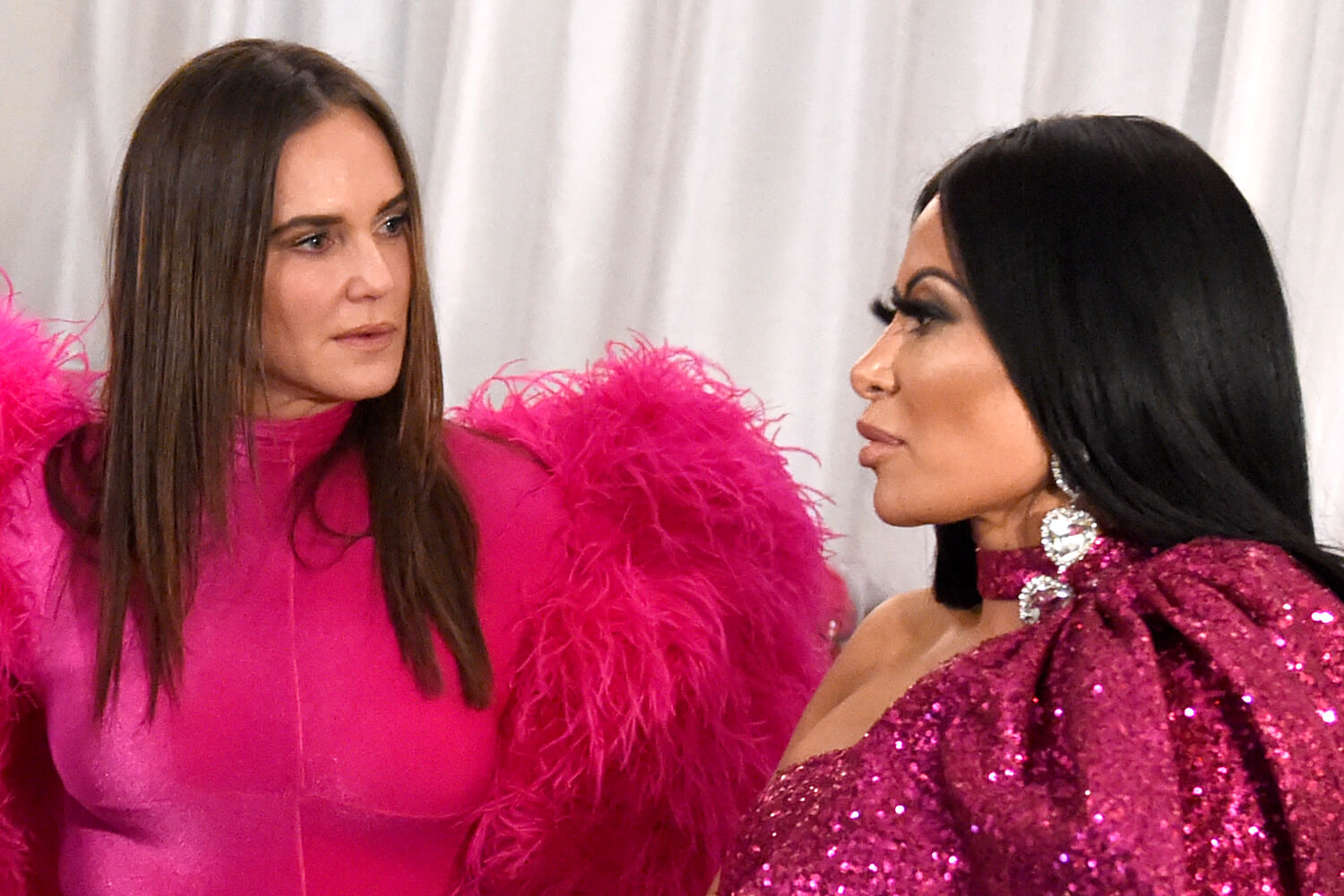 Jen Shah has denied claims dished by her co-star, Meredith Marks, on Sunday night’s episode of The Real Housewives of Salt Lake City.

Bravo featured federal agents arresting the 47-year-old reality star on Sunday’s episode, on conspiracy to commit wire fraud and money laundering charges. Jen’s assistant, Stuart Smith, was also arrested for his alleged involvement in a long-running nationwide telemarketing scheme designed to defraud the elderly and the vulnerable. They both pleaded not guilty, after being arrested in March.

The ladies were stunned by what had gone down ahead of a cast trip to Vail, Colorado—except Meredith. She informed her co-stars that the arrest did not surprise her before dropping two shocking allegations about Jen.

The first claim involved Jen supposedly being “red-flagged” at Louis Vuitton for always paying for items in cash. Meredith also accused one of Jen’s “Shah Squad” assistants of stealing merchandise from her store.

The accusations were aired months after an anonymous source spilled to Deuxmoi, a celebrity gossip Instagram account, that a Bravo “Housewife” had been “placed on Louis Vuitton’s Do Not Sell list for two years minimum because she was caught buying/reselling loads of merchandise.” The tipster specified that the “Housewife” was “not East coast and NOT OC,” and “loves to show off her closet.”

A Twitter user unearthed the rumor after the episode aired, writing—”Woah that blind item about a Housewife and Louis Vuitton was about Jen? Interesting… Everyone thought it was about Dorit [Kemsley]…”

Jen responded to the insinuation writing—”Oh please…this is not about me.”

Jen also denied that her employee swiped a small handbag from her cast mate’s Park City store last fall. Surveillance footage appeared to confirm Meredith’s allegation. Meredith claimed that Jen and her group came to the shop while she and her family were out of town. Meredith’s store manager later alerted her that a snakeskin clutch was missing after Jen and her crew left the store.

“[My manager told me], ‘There is a green clutch that I know was here. Her friends were holding it, and it is gone,” Meredith told her castmates. “So I said to my manager, ‘Send her a text and just gently say, ‘Did you borrow it?’ And within 30 seconds, my manager’s phone is ringing, and on the other end is [redacted]. And [redacted] says, ‘I’ll bring the bag back tomorrow.’”

Bravo ran footage of the alleged theft and the returned clutch, during the scene.

“Jen did not walk out with a bag,” Meredith later clarified in a confessional spot. “But what really didn’t sit well with me is she kept someone who she knew did take something out of my store in her employment. That’s not my friend.”

Jen fired back at a Twitter user who dissed the cast for broadcasting her “business.”

“They not telling my business…only lies,” Jen said.

“Jen, they had you on tape walking out w the snake skin clutch, sis!” one user pointed out, to which Jen responded—”No they didn’t. That’s not accurate AT ALL WHATSOEVER.”

Jen retweeted a fan who wrote—”Meredith doesn’t like when someone talks about her or her family but she has NO problem running her mouth about everyone else,” adding—”Where’s the LIE???”

“Sweetie it is on camera! The gig is up, you are not only a fraud but a pathological liar!” another person said.

What is on camera??” Jen asked. “Is this like when my vagina was supposedly on camera (but it never was)? Asking for a friend.”