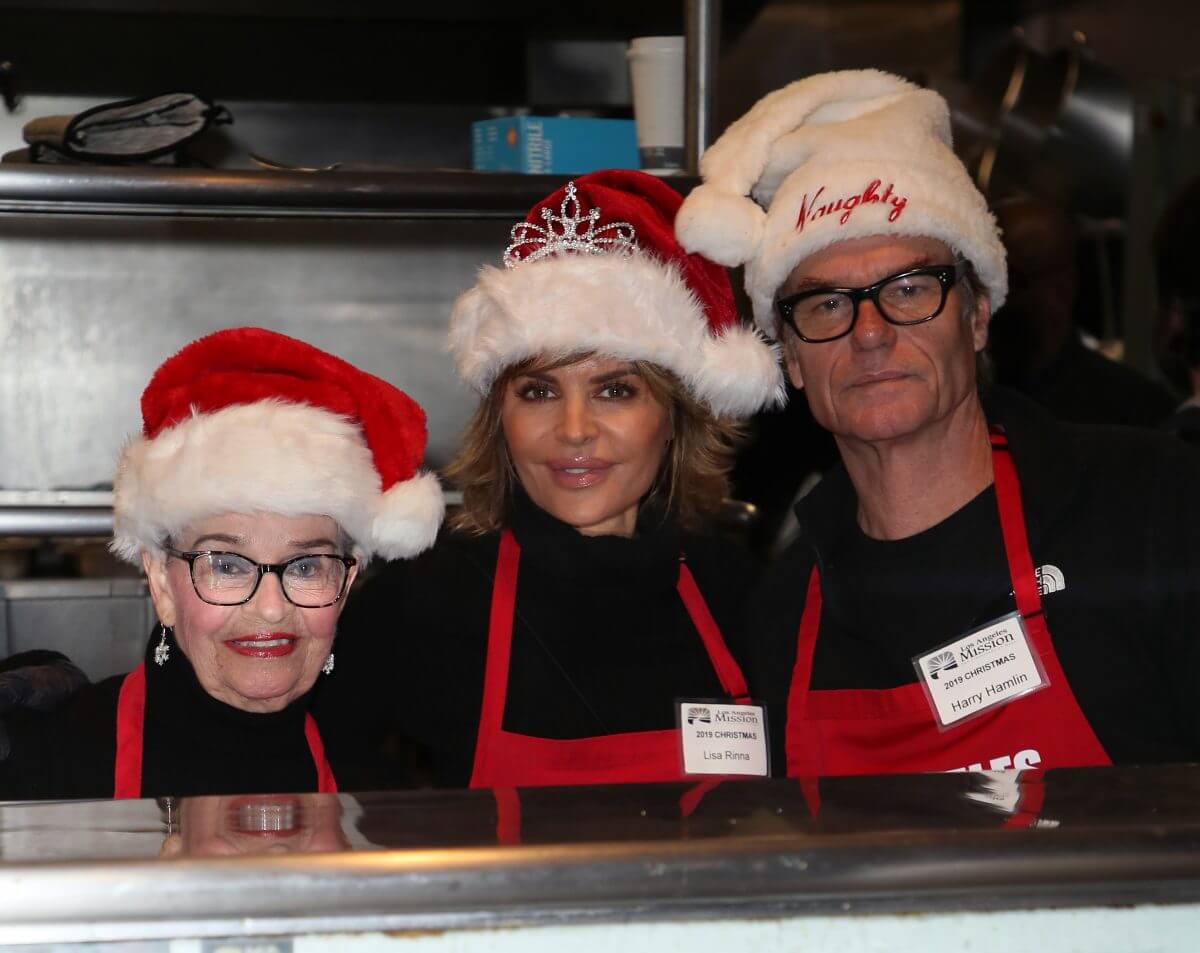 Real Housewives of Beverly Hills star, Lisa Rinna, has revealed that her beloved mother, Lois Rinna, 93, has had a stroke.

“I have no words. I love you forever nana FaceTiming you today and laughing then crying with you was one of the hardest things I’ve had to do,” Delilah added.

Rinna’s RHOBH castmates chimed in on the post, sending well-wishes, love, and prayers.

“Love you Lisa. We all love Lois so much. Please give her a kiss for us. Sending love & prayers,” Kyle Richards wrote.

“we love you Rinna and Lois! You are all in our prayers,”  RHOBH alum, Teddi Mellencamp said.

“Love you both so much,” Dorit Kemsley added.

Lois has made occasional appearances on the Bravo show alongside her daughter. She suffered a previous stroke in 2013.

“My Mom had a devastating stroke 6 years ago and had to learn how to walk and talk again months of rehabilitation she is one of the lucky ones,” Rinna shared on Twitter in May 2019.

Rinna reunited with her mother in December 2020 after spending most of the year apart, due to the COVID-19 pandemic. Rinna told her fans that Lois was “doing great” at the time.

Rinna’s sad update comes as she deals with an ongoing lawsuit that accuses the actress of swiping paparazzi snaps of herself and sharing them with her social media followers. A judge issued a July trial start date, earlier this month. The trial is expected to last about two to three days, and Rinna will likely appear in person at the courthouse.

Legal documents allege that the Bravo star posted at least eight photos that she supposedly pilfered from the paps. Backgrid claims that the reality star infringed on copyrighted material and that the company owns the photos posted on the Bravo star’s account.

The company added that Rinna‘s “significant” Instagram traffic translated to “substantial ill-gotten commercial advantage and brand awareness as a direct consequence of their infringing actions.”