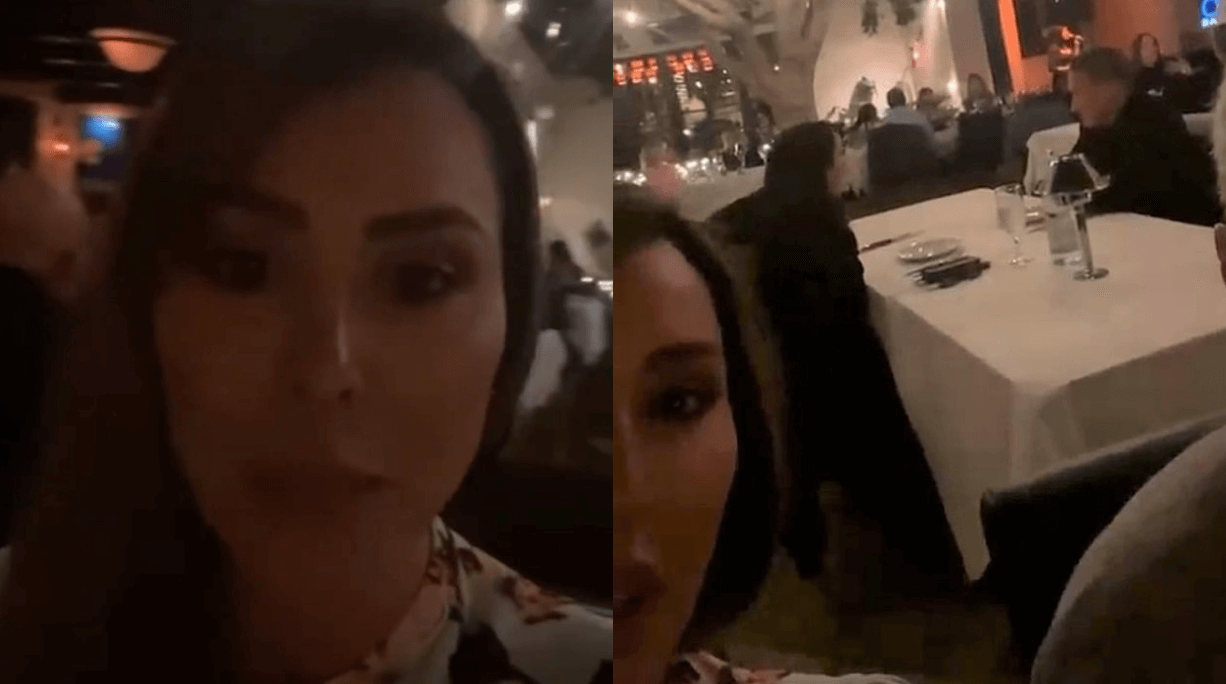 Kelly Dodd crossed paths with her former Real Housewives of Orange County co-star, Heather Dubrow, and her husband, Dr. Terry Dubrow, at a local restaurant on Wednesday night—and used the opportunity to call the duo “f**k faces” on social media.

“Dumb and dumber right there, f**k faces,” the former Bravo star declared in a video series posted to her Instagram Stories.

Kelly and her party, who were celebrating friend, Marianne Rabold’s birthday, and the Dubrows were seated at adjacent tables. The former Bravo star labeled them “losers” with “no friends” and alleged that the couple was threatening her and her husband, Rick Leventhal, with a lawsuit.

“Should I ask these assholes why they’re suing me?” Kelly asked. “Terry and Heather. Why are they suing me? I think [Rick] might ask why they put a cease and desist on us.”

Kelly, 46, compared Heather, 52, to cartoon character, Coraline, and Terry, 63, to “The Andy Griffith Show” character, Gomer Pyle. Heather and Terry ignored the couple during the encounter and did not acknowledge Kelly’s social media videos.

Heather did post a couple selfie, captioning the snap “Wrap party for 2!!!!” The RHOC star was giving a shout-out to the E! Series, “The Seven Year Stitch.”

Page Six reports that Kelly, who was axed from the Bravo cast after Season 15, and Rick have allegedly received two cease and desist letters from Heather and Terry.

In June, Kelly publicly alleged that the Dubrow’s teenage son, Nick, had infected her with COVID-19. Kelly apologized for her comments in a video posted to her Instagram Story, after seemingly receiving a cease and desist from the Dubrows.

“I got this letter from an attorney for the Dubrow family reminding me I made a statement that may sound like truth, when in fact it was a joke, and for that, I am offering my sincere apology,” Kelly said in the video.

The Dubrows allegedly threatened to sue Kelly over her statements, calling them false and defamatory.

A source told Page Six that the Dubrows allegedly fired off a second letter after Kelly spoke about Heather during the debut episode of “Rick and Kelly Unmasked,” a podcast she does alongside the former Fox News correspondent.

“That letter was a joke,” Heather told the outlet, via a statement. “The lawyer said, ‘We are aware you have actively continued to disparage the Dubrow family in public forums, most recently on your new podcast, calling Heather Dubrow a pretentious bitch, falsely alleging she got demoted from the Real Housewives of Orange County and inviting her to sue [you].’”

“I have a real problem with Heather Dubrow commenting on seasons that, I didn’t film with her for four years, and she’s commenting on bull crap,” Kelly recently commented in a since-deleted October Instagram video.

Heather denied the rumor that she was behind Kelly getting fired from the Bravo reality show. Bravo announced that they were cutting ties with the controversial reality star and bringing Heather back to the RHOC cast, in June.

The Real Housewives of Orange County is currently in production.