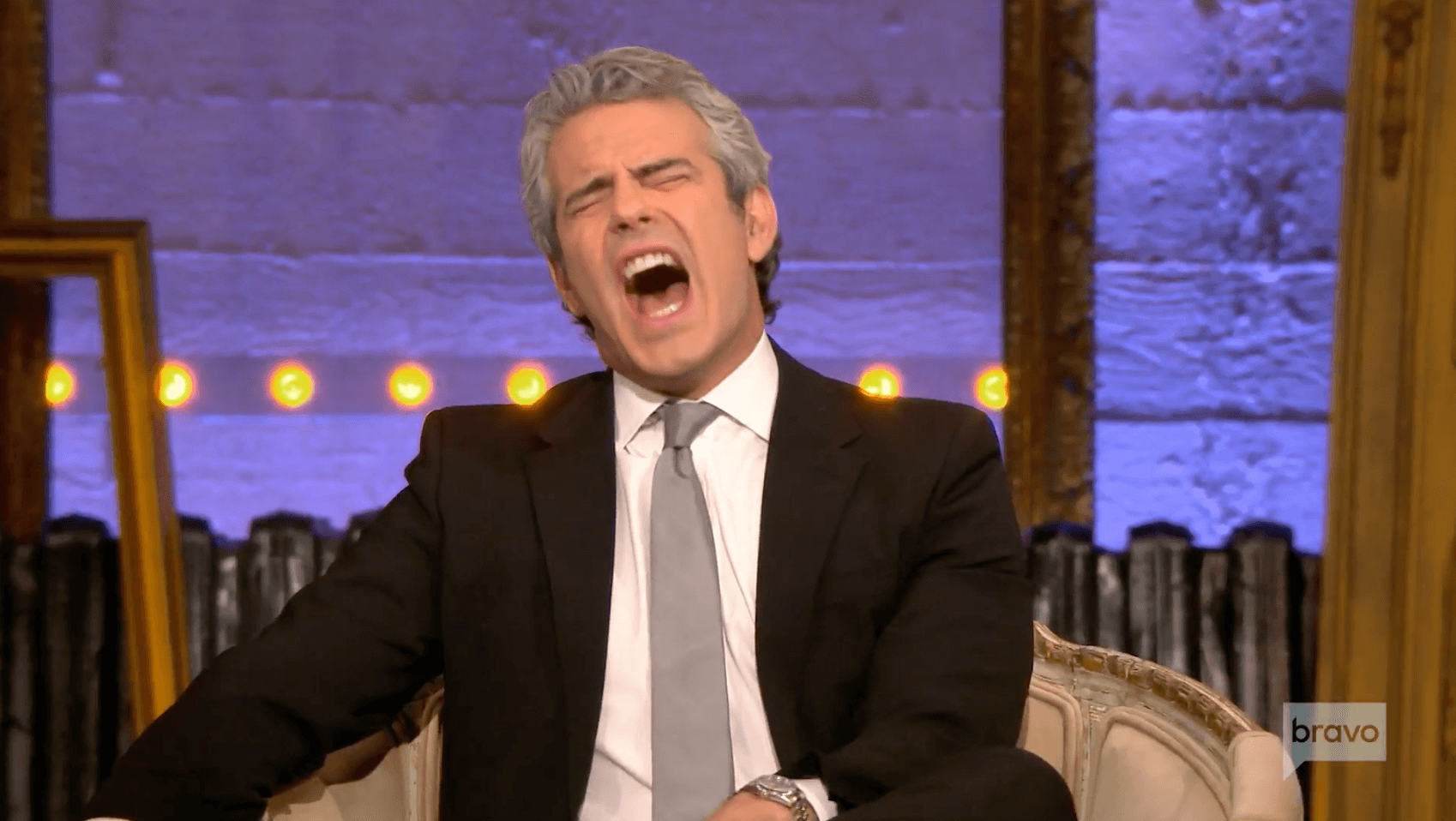 Andy Cohen’s late-night chat show, “Watch What Happens Live,” could be headed for cancellation, according to rumors circulating about the Bravo executive. Cohen is most known for hosting the “Real Housewives” reunion specials and the weeknight talk show.

Online chatter combined with a circulating petition could point to incoming trouble for the Bravo boss. A TikTok user, “The Kempire,” alleged that the late-night show’s ratings are in the dumpster and might lead to a surprise cancellation.

“Bravo is seriously considering ending the late-night talk show because of its failing ratings. And if you follow the Bravo ratings as I do then, you know I’ve been reporting multiple weeks that the ratings for watch what happens live suck,” he says, in a shared video.

The social media chatter remains unconfirmed, but a circulating online petition to remove Andy Cohen is only gaining steam. The petition is titled, “NBC/Universal To Replace Andy Cohen,” and the effort has raked in thousands of signatures.

The campaign alleges that Cohen has displayed unacceptable behavior towards guests and Bravo “Housewives.” The petition states—

“Andy Cohen has been the face of Bravo for well over a decade. Lately, the host of “The Real Housewives” reunions and “Watch What Happens: Live” is becoming toxic to watch. He displays narcissistic, pompous, and rude behavior on reunion episodes, and has come under fire for allegations of favoritism, racism, and sexism. Andy Cohen needs to be replaced with someone who is fair, nice, easy to get along with, and honest. Some former stars of the Bravo network have called for the removal of Andy Cohen, and as a long-time fan, I agree with them.”

The statement pushes Bravo to consider replacing Cohen as the “face of the Bravo network.”

“For 2021, NBC Universal and Bravo must replace Andy Cohen as the face of the Bravo network. The fans want and deserve a host that they can relate to. Andy Cohen is toxic, annoying, unfair toward certain guests, and rude. Suggested replacements include Mario Lopez, Jeff Lewis, and Jerry O’Connell. With these picks, the network would see a broader audience, higher ratings, and more revenue. To NBC Universal and Bravo, let the change begin NOW!”

Real Housewives of Potomac star, Candiace Dillard, put Cohen on blast in Dave Quinn’s tell-all book, “Not All Diamonds and Rosé: The Inside Story of The Real Housewives from the People Who Lived It,” which hit the market last month. Candiace dissed  Cohen for not communicating with her after her physical altercation with Monique Samuels, which was featured during Season 5.

“I even reached out to Andy’s assistant and asked for him to call me. Nothing. That’s f**ked up. I know he has well over a hundred Housewives, all texting and calling him all the time. But how many of them were physically attacked on camera by their costar? The fact that he couldn’t even schedule ten minutes to reach out to me? You don’t give a f**k. You are making money off of our backs and feeding your son with it, and you just don’t give a f**k about us and you can’t tell me that you do. And when I saw him, I did say it to his face,” the RHOP star said, in the book.