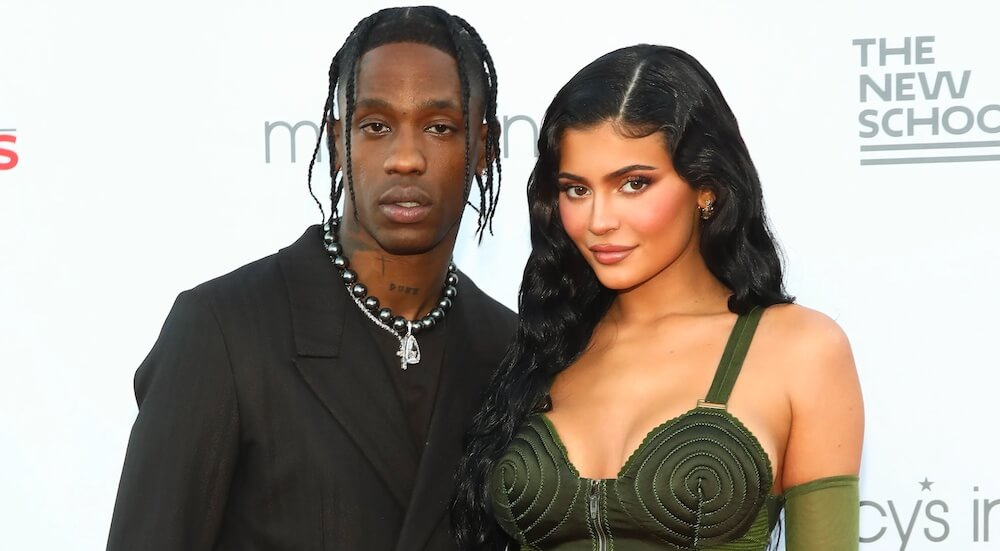 Kylie Jenner’s boyfriend, Travis Scott, has been axed from the Kardashian clan’s new reality show, in the wake of the Astroworld Festival tragedy.

“Cameras have been rolling for months. They have filmed Kourtney’s engagement and Kim’s flirting with Pete Davidson as well as Kylie’s big pregnancy announcement, however after the disaster at the concert, where Kylie and Kendall were both backstage, footage of Travis is being edited out of the show,” sources told Radar Online.

“The investigation is going to go on for a long time with no one knowing the outcome. This is the last thing the Kardashians want to be talking about when they return to TV,” the insiders added.

Kim Kardashian took to her Instagram Story to sound off about the disturbing events that went down Friday night.

“Absolutely heartbroken for the lives who were lost and anyone who was hurt at Astroworld,” Kim wrote, updating her IG Story. “Just like all of you, our family is in shock by the tragedy.”

“We are keeping all of the victims, families and loved ones impacted in our prayers for healing — as well as Travis who we know cares so much about his fans and is truly devastated,” Kim added.

A tipster explained that producers were walking back a major storyline that was set to feature Kylie’s second pregnancy with the 30-year-old rapper.

“In light of the disaster the Kardashian will not be delaying their show, however, big changes will be made. Kylie’s second baby with Travis was going to be a major storyline, but now that storyline will be pulled back,” an insider explained. “The entire family has been sucked into this disaster now.”

Travis has been hit by over 15 lawsuits and counting. Event organizers and the musician are being blamed for not putting proper security and emergency staff in place ahead of the event.

Travis offered to pay for all funeral expenses for the eight people who died at the concert. Hundreds of people were injured.

“These are the first of many steps Travis plans on taking as a part of his personal vow to assist those affected throughout their grieving and recovery process,” his rep said.

The musician continues to be hit by brutal social media backlash, despite his financial offer.

A Kardashian spokesperson denied that Travis was cut out of the new Hulu series.

“This story is absolutely false. Travis has actually not yet been filmed,” the rep said.

The family began filming the show in September. Kim teased that production had kicked off when she posted an Instagram Story snap of a microphone pack captioned—“Day 1.”

A source confirmed to People last month that she show captured Travis Barker’s recent proposal to Kourtney Kardashian for the new series.

“Since this is Kourtney‘s first engagement, it’s of course a big deal,” the source said. “Most of her family was there to celebrate. Two of Travis’ kids were there too. They enjoyed a private, family dinner at the hotel.”

“It was a beautiful celebration,” the insider added. “Everyone is very happy for them.”