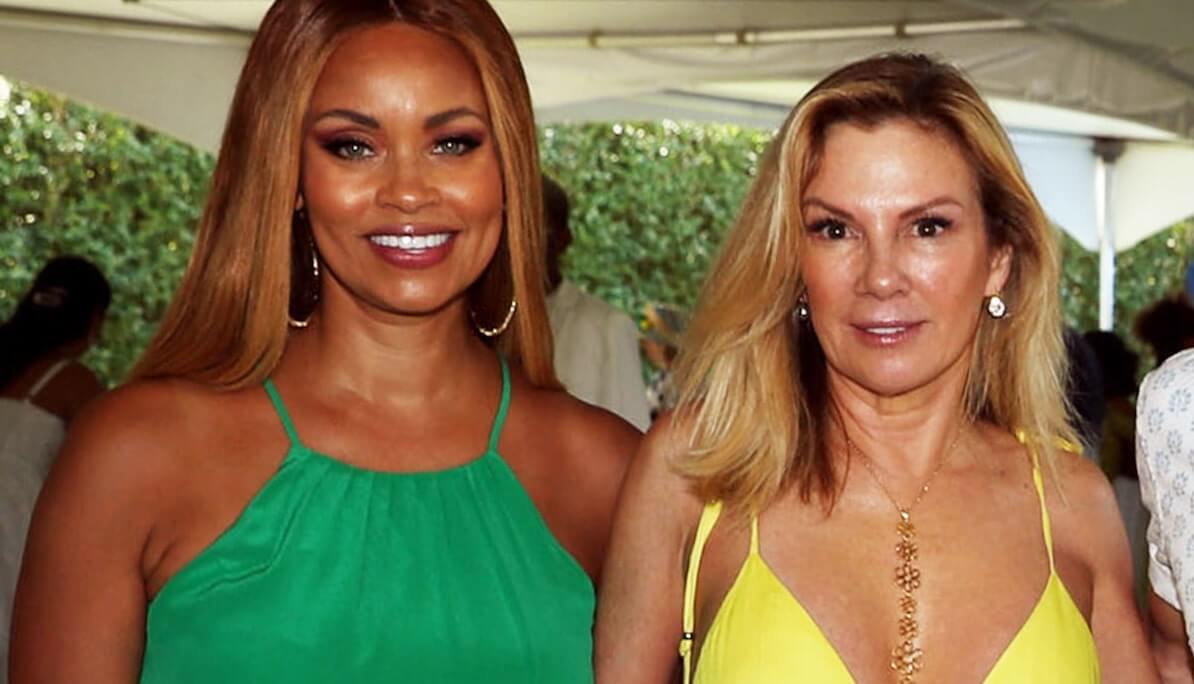 Gizelle shared a family photo on her Instagram Story, which was captured by Bravo’s Daily Dish. The snap featured the reality star alongside Jamal, Grace, and her two other daughters, Angel and Adore. The family celebrated the teen’s special day at dLeña in Washington, D.C.

Fans of the show know that Jamal and Gizelle worked to restore their relationship in 2019 after divorcing in 2009. They split earlier this year after Jamal was hit by accusations of infidelity.

Gizelle spoke about a past interaction with Ramona Singer during an appearance on the “Chanel in the City” podcast, prior to the family outing.

“We had an encounter. We were in the Hamptons. She tried to, like, kick me out of the picture.. It was very weird,” Gizelle told Chanel Omari. “I don’t know her. I don’t care to get to know her. I don’t know what her issues are and quite frankly, it’s not even any of my business. Like, it doesn’t affect me in any way. You know, she is who she is.”

Gizelle clarified that her experiences with other Bravo “Housewives” have been pleasant ones. She shaded the RHONY star as someone who “really doesn’t count.”

“I’ve always gotten a massive amount of love from all the other Housewives on every other franchise except Ramona Singer. But I mean, and she doesn’t really count. We all know what each other does, right? And we’re all in this thing together. And there aren’t many of us,” Gizelle said.

Gizelle quipped that she “didn’t know or care” when asked if Ramona would ever have a come-to-Jesus awakening.

The Bravo star added that all of the ladies across multiple franchises share the “same title.”

“We all are ‘Real Housewives,’” she noted. “Whether you, you know, have gotten fired, whether you were, you know, fired and brought back, you know, whatever the case may be like, we all understand what this is.”

Gizelle addressed the odd encounter with Ramona only weeks after the alleged diss occurred, in August 2019.

“I don’t mind telling people to move out of a picture ’cause I do that all the time,” Gizelle said during an appearance on PEOPLE TV’s Reality Check. “However, she saw me coming and they asked me to take a picture with her and she started running from me! Literally, running from me!”

“I was like, ‘What is wrong with this woman? She’s insane,’” she added.

Gizelle’s comments came after Ramona was accused of “racism” by Eboni Williams, the first black RHONY cast member. Eboni filed a formal complaint against her co-star, alleging that Ramona had commented during production—”This is why we shouldn’t have Black people on the show”—according to a Page Six report.

Sources claim that the Season 13 reunion was canceled due to an investigation into the claim. The outlet reported that Eboni was not satisfied with the probe after Ramona was cleared. Ramona called the accusation a “terrible lie,” and claimed that she “never said that.”

“It’s very disappointing that even after my name was cleared that people still want to slander me,” Ramona said in a statement to the outlet.

The reality star claimed that a confidentiality agreement prevented her from sharing her side of the story. Another tipster told the outlet that the RHONY  cast had participated in some sort of sensitivity training, amid the controversy.