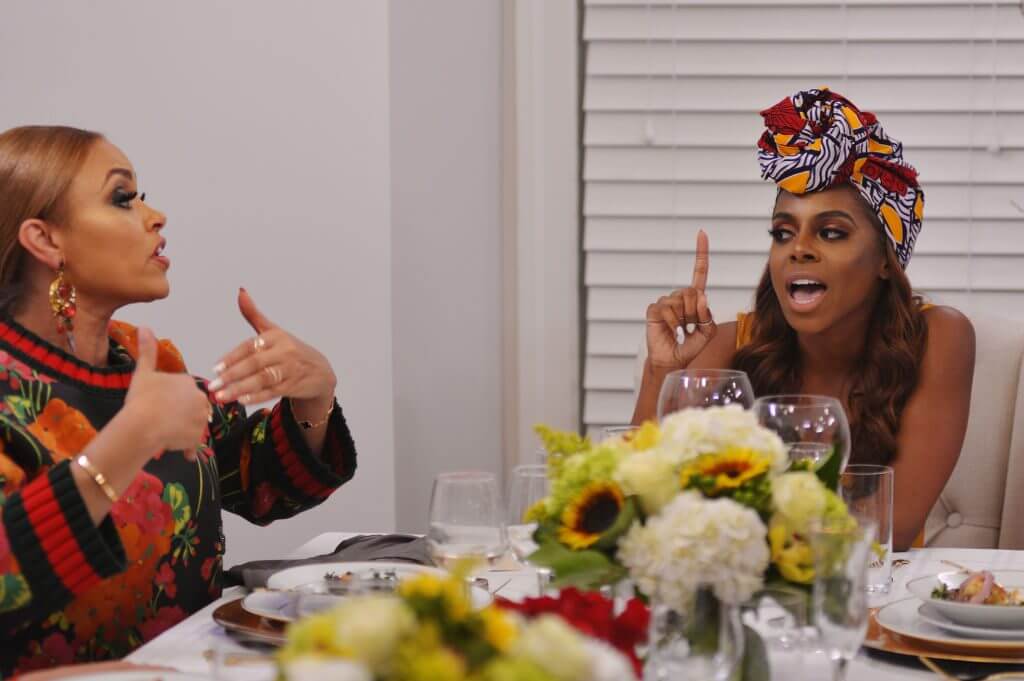 Gizelle Bryant had some choice words to say about her “Real Housewives of Potomac” co-star, Candiace Dillard Bassett, during a recent appearance on “The Real.”

Gizelle was invited to play a game of “Shop, Pop, or Mop” on the chat show, and did not hesitate to fire a shot at Candiace. Gizelle was given three names—Karen Huger, Wendy Osefo, and Candiace—and was asked which of the ladies she would most like to team up with for shopping, drinking, or “mopping.”

Gizelle dissed Candiace’s shopping skills due to an alleged lack of cash.

“I’m popping bottles with Karen cause when she pops bottles she is a lot of fun. I know y’all don’t believe it, but she’s a lot of fun. I’m shopping with Candiace. But we ain’t shopping long. She ain’t got no money,” Gizelle snarked.

It will surprise no one to learn that Gizelle would choose to “mop the floor” with Wendy.

Gizelle sounded off about Candiace after the budding singer came for Mia Thornton’s mother during a cast getaway. Lettuce was tossed between Candiace and Mia, the messy exchange pointing to a lack of growth in Candiace since her messy altercation with Monique Samuels, last season. Gizelle noted that it appeared that Candiace had not learned her lesson from the disturbing winery beat down.

Gizelle and Karen faced off during an August episode of “Bravo’s Chat Room.”

Karen sat in the guest host’s spot alongside Gizelle and Porsha Williams and sparred with her co-star over the dished cheating rumors surrounding Dr. Wendy Osefo’s husband, Eddie Osefo.

“Anyone who continually comes after one of the girls’ husbands or their marriage has gotta be prepared to pay the piper,” Karen said. “Wendy ripped her a new seat…”

“No one is going to continually let you come after their families, their husbands,” Karen reiterated.

Gizelle denied being “messy and nasty” before Karen called her out for not speaking to Wendy privately about the infidelity rumors.

“In the next episode, you hear me say that I was wrong for not coming to Wendy,” Gizelle admitted. “I say that, I apologize for that.”

Gizelle raised an eyebrow at Wendy’s sexpot makeover during the August 8 episode, noting that their castmate is not “the Wendy they met.” She then remarked to Ashley Darby that Wendy’s behavior might be a reaction to cheating rumors circulating about her husband. Wendy wasted no time retaliating in real-time, on Twitter.

Karen spoke out the mean girl drama during a recent guest host appearance on “The Real.”