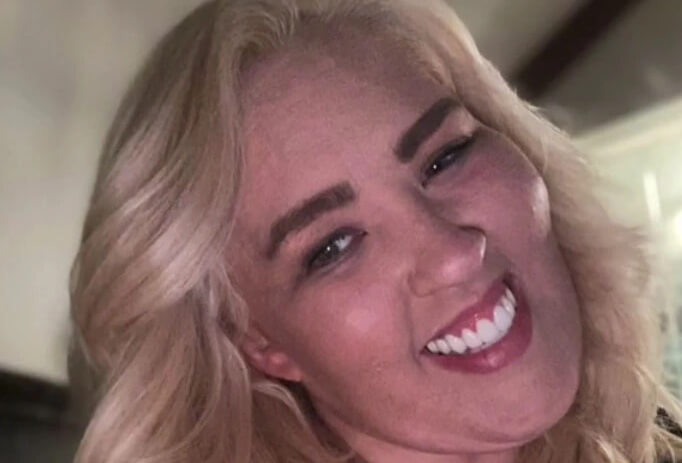 Mama June Shannon unveiled a glamorous makeover in a new TikTok video, as she celebrated being sober for over a year. The “Mama June: Road to Redemption” personality had lost teeth and patches of hair during her lengthy battle with drug addiction.

The reality star showed off a series of her favorite looks in the video share, complete with hair and makeup. June, 42, rocked a sheer white caftan paired with a black shirt in one snap.

“I never want this feeling to never end damn life is amazing each and every day if you know you know,” June captioned the pic.

“So happy for you. I’m glad you found yourself again. Sobriety looks great on you!” another fan said.

June underwent a $55k plastic surgery makeover in November 2020. She had liposuction on her neck and had new veneers fitted to replace teeth that had been destroyed by her past addiction to crack.

June and then-boyfriend, Geno Doak, were arrested in March 2019 on drug charges, which included possession of a controlled substance and drug paraphernalia charges. Geno was sentenced to 16 months, but June dodged jail time in exchange for community service.

“I would say the last year of our addiction, probably a good $900,000,” Mama June said during an interview with Access Hollywood, in March.

June confessed that she had sent her dealer $80k in one single Cash app transaction. She also revealed that she was awaiting a $15k check to pay for one “last high” just before she entered rehab. The payment was late, so she entered the treatment facility.

June was recently seen in Las Vegas with TikTok personality, Jordan McCollum, 24. The Sun snapped the couple exiting a limo at a luxury hotel on the Vegas strip. Jordan previously dished to his followers that he was jetting from Alabama to Atlanta before traveling to Vegas. June communicated with one of Jordan’s family members on social media about their getaway.

June’s daughter, Anna Cardwell, has expressed concern about her mother’s new relationship with Jordan. The social media personality has shared about his own sobriety struggle on TikTok.

“If he starts using again, that’s not healthy for Mama and he’s only 24-years-old. Mama needs to calm down and focus on herself,” Anna told The Sun.

“He doesn’t have a lot of time on him. If he relapses, I hope he at least does it away from her. She’s on probation, and if she fails a drug test at any time she will go back to jail,” she added.