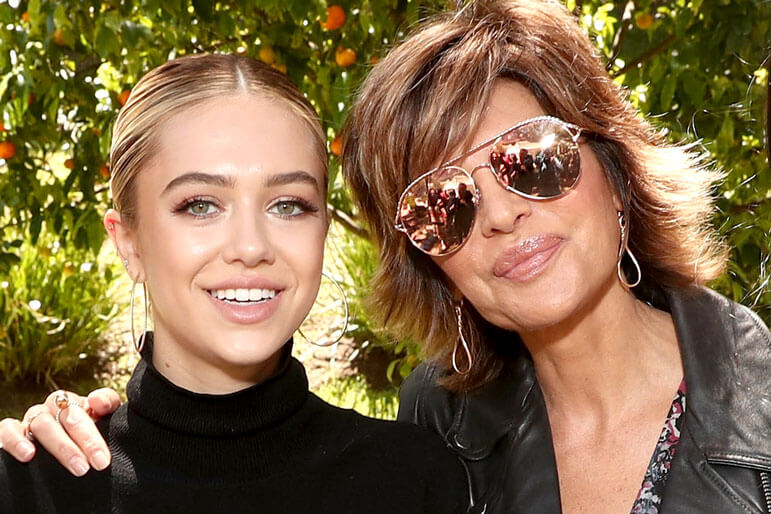 The model claimed that her health started to shift after receiving the second dose of the Moderna COVID-19 vaccine, in February.

“After the second vaccine, I was sick for, like, 36 hours. I felt like my bones were breaking,” she said. “That’s when everything kind of started.”

Delilah believes that the vaccine may have sparked “an autoimmune response in my body… Basically, it flared up and triggered certain autoimmune diseases that I didn’t know I had.”

The 23-year-old, who said that early symptoms resembled a stubborn flu, began having migraines and severe panic attacks, causing her to seek out help from a psychiatrist. The doctor prescribed several medications.

“He overprescribed me with one medication that one of my friends takes like 10 milligrams, and he gave me like 20 milligrams three times a day and then he gave me 3 milligrams of Xanax a day,” Delilah explained. “So my body got dependent on Xanax number one, and number two, I overdosed. I didn’t mean to at all. I overdosed on this one medication called propranolol. I took Benadryl with it and for some reason, I ended up in the hospital.”

“I wasn’t like a drug addict, but my body was dependent on it because of how much the doctor had prescribed me,” the runway star clarified. “This is not all from the vaccine, I think these were underlying things that I think the vaccine may have triggered. I’m not a doctor, but that’s my theory.”

Delilah described feeling “hopeless” and “helpless” before deciding to enter an Arizona treatment facility. She added that “it was really hard at first being there,” but “everything seemed to work” and she “cut down so much” on her Xanax use. The influencer explained that she was forced to leave the treatment center three weeks later, after experiencing seizures “left and right” from brain inflammation. She explained that the episodes made her a “medical risk.”

“I actually just got back yesterday. I’m really sad because I thought this place was gonna be a place to cure me…and it would just be a place I could relax,” Delilah said in the IG share. “But unfortunately, I was a medical risk, so I was politely asked to leave after three weeks of being there. That was really hard for me, because in mind if I’m too sick for this place, I’m too sick for anywhere. How can I get better?”

Delilah concluded her video by asking her followers for their support.

“My family and I are struggling to figure out what to do,” she said. “It’s an invisible illness. I can look perfectly fine and feel perfectly horrible.”

Delilah completed a stint in rehab back in 2019, after suffering from depression during her freshman year in college in New York City.

“I started attracting negative people into my life because my thoughts were so negative. I got trapped in a severely unhealthy relationship that pushed me over the edge. I couldn’t get out of the relationship because I thought I was deserving of it,” Delilah shared on social media, at the time.

“In February I called my mom, packed some bags, and took the soonest flight back to LA. Two weeks later I was admitted into a rehab facility,” she continued. “I knew the way I was living was unhealthy and detrimental to my mental health so I called my mom and told her I needed help. Little did I know that this was going to be the BEST thing that has ever happened to me.”