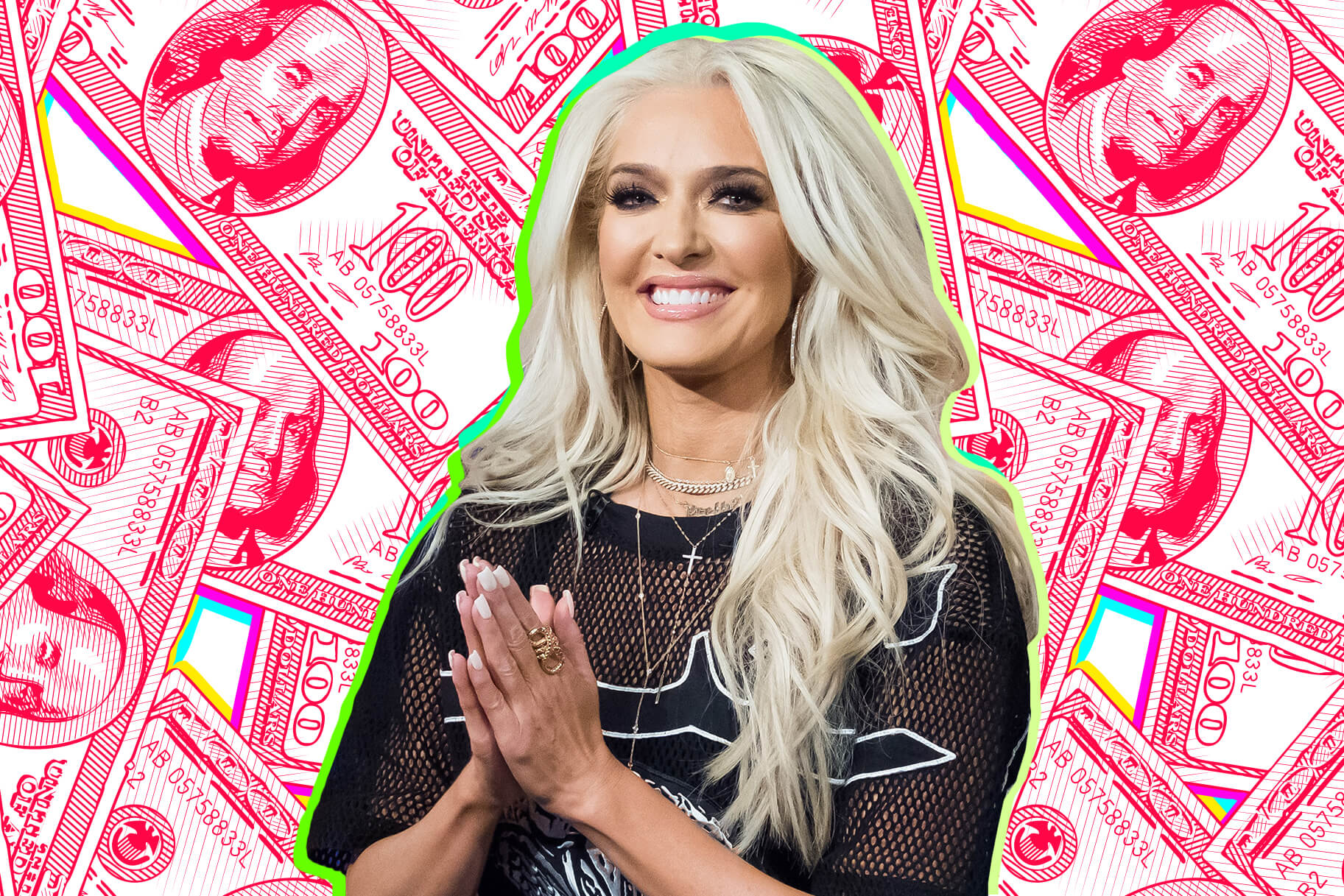 Real Housewives of Beverly Hills star, Erika Jayne, has been put on blast for using song lyrics about money in newly posted photos. Fans of the show know that Erika is embroiled in legal drama after being accused of raking in cash owed to her estranged husband, Tom Girardi’s clients.

Erika posted two snaps of herself posing in a form-fitting black leather dress during an Instagram session, on Saturday.

The first pic showed off the reality star’s glammed-up face, and the second was a head-to-toe shot. The “XXPEN$IVE” singer captioned the posts with lyrics from Lil’ Kim’s hit “It’s All About the Benjamins,” writing—“Dressed in all black like The Omen….”

Fans put the RHOBH star on notice for choosing lyrics from a song about cash.

“Still about those tone deaf Benjamin’s,” one user said.

“Give back the money!” another demanded.

“The omen of theft,” a third user added.

Erika filed for divorce from the now disbarred lawyer in November. The next month the couple was hit by embezzlement accusations, which allege that Tom pilfered millions owed to clients, including family members of victims of a 2018 plane crash. Erika has maintained that she had no knowledge of Tom’s shady legal maneuvers. A lawyer hired to investigate the Bravo star later alleged that Erika was aware that $20 million had been funneled into her company from Tom’s firm, Girardi Keese. Erika has also been accused of hiding bank statements to avoid accountability.

The legal firestorm is being discussed on the currently airing RHOBH reunion series. Bravo host, Andy Cohen, puts Erika in the hot seat when he asks if she has been in communication with her estranged ex.

“Did you ask if he stole from these people?” Andy pressed.

“It doesn’t even matter what he says because he’s incompetent. So I’m left holding the f**king bag,” the RHOBH responds.

Erika denies that the disgraced lawyer transferred “$20M and more” into her business account.

“Can somebody please back me the f**k up on what I’m saying?” she demands.

Erika became angry during the most recently aired episode of the series after Andy called her out for expressing “no sympathy” for victims connected to Tom’s fraud case.

“I loved my husband, now he’s allegedly defrauding widows, orphans, and burn victims. How the f**k do you think I feel?” she fired back.

“Well, how do you feel?” Andy asked to which Erika responded, “Horrible, and I’ve said that!”

Her co-stars chimed in, pointing out that Erika had “never said that.”