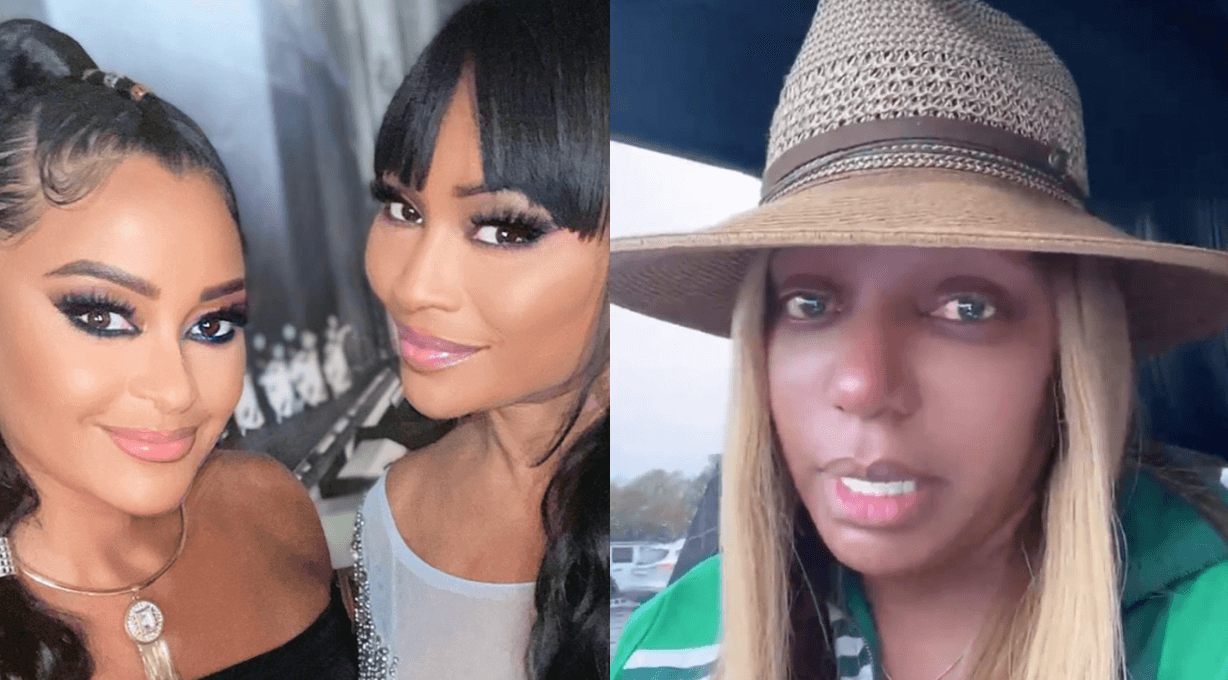 Cynthia Bailey still has love for NeNe Leakes, even after her former Real Housewives of Atlanta co-star put her on blast for not attending her deceased husband, Gregg Leakes’ funeral.

NeNe also offered clarification after delivering the harsh remarks about her former friend, on Wednesday.

“[Cynthia] didn’t even come to the repast. She did come like a week later after everything was done,” NeNe said while co-hosting on “Big Tigger Morning Show” on Wednesday.

“She came by my lounge,” she said of her former castmate. “It’s really hard to explain ‘Housewives.’ It’s almost like a dysfunctional family.”

“I’m really glad, honestly looking back, that I didn’t make it to the actual celebration because I think if I had, I never would have had the moment that I got to have with her just hanging out with her at her lounge and pretty much closing the place down,” Cynthia previously told Page Six.

Cynthia weighed in on NeNe‘s latest diss during a Thursday guest host appearance on E! News’ Daily Pop. The Bravo star shared that she was disappointed to hear NeNe’s comments.

“Let me just say this first: I know that NeNe is still mourning the loss of her husband,” the RHOA alum explained on Oct. 28. “And you can’t tell people how to mourn.”

“However, I do think that—you know, speaking for myself—I came with the best of intentions,” Cynthia continued. “I was not able to make it to Gregg‘s celebration but it was my mission in life to make sure I connected with NeNe once I went back to Atlanta. And I did.”

The model previously shared that an out-of-town commitment kept her from attending the life celebration event. She confirmed that she did call, text, and send flowers to the Leakes clan after Gregg’s death.

Cynthia added that while she hadn’t been close to NeNe in a long time, the women still share a mutual love and respect.

“I’m very clear that we’re not friends any longer,” she added. “But in the spirit of the beloved Gregg Leakes, I wanted to go and sit with my old friend.”

Cynthia also addressed NeNe shading what she considered to be a cheap sympathy gift sent by a group of “Housewives.”

“Actually I was surprised because the first set of flowers I got was a bouquet from like all the Housewives, like they went in together,” NeNe commented on Wednesday. “I’m like, ‘Why do y’all need to go in together and buy some damn flowers? If all y’all work … you can spend your own $200.’ That’s the way I’ve always been.”

“We actually thought that it would be more impactful, you know, as a group to say, ‘Hey, we actually took time to actually come together and try to figure out this whole flower situation,’ because anyone can call 1-800-Flowers and send flowers,” Cynthia explained. “So, I thought she would be like, ‘Oh my god, they went and figured this out.’”

“And be clear, the people that did send those flowers, none of us were in a great place with her,” she added. “But we still wanted to do something because it wasn’t about her. It was about Gregg. It was out of respect for Gregg.”

NeNe posted a video on Thursday, clarifying how “grateful” she was for the outpouring of love and support she received after Gregg’s passing.

“I have nothing negative to say,” NeNe said, reminding her followers that she is regularly pressed to spill inside tea on her former RHOA co-stars.

NeNe confirmed that “everyone” connected to Bravo reached out in support, during the sad time. She added that Cynthia’s behavior “did not bother” her, and shared that several of the ladies sent individual gifts.

“I am grateful for everything,” NeNe reiterated.

“My stalker is consistently speaking of me,” NeNe said.

“Please, I am asking you to leave me alone,” she said, before repeating the request to some seemingly critical followers.