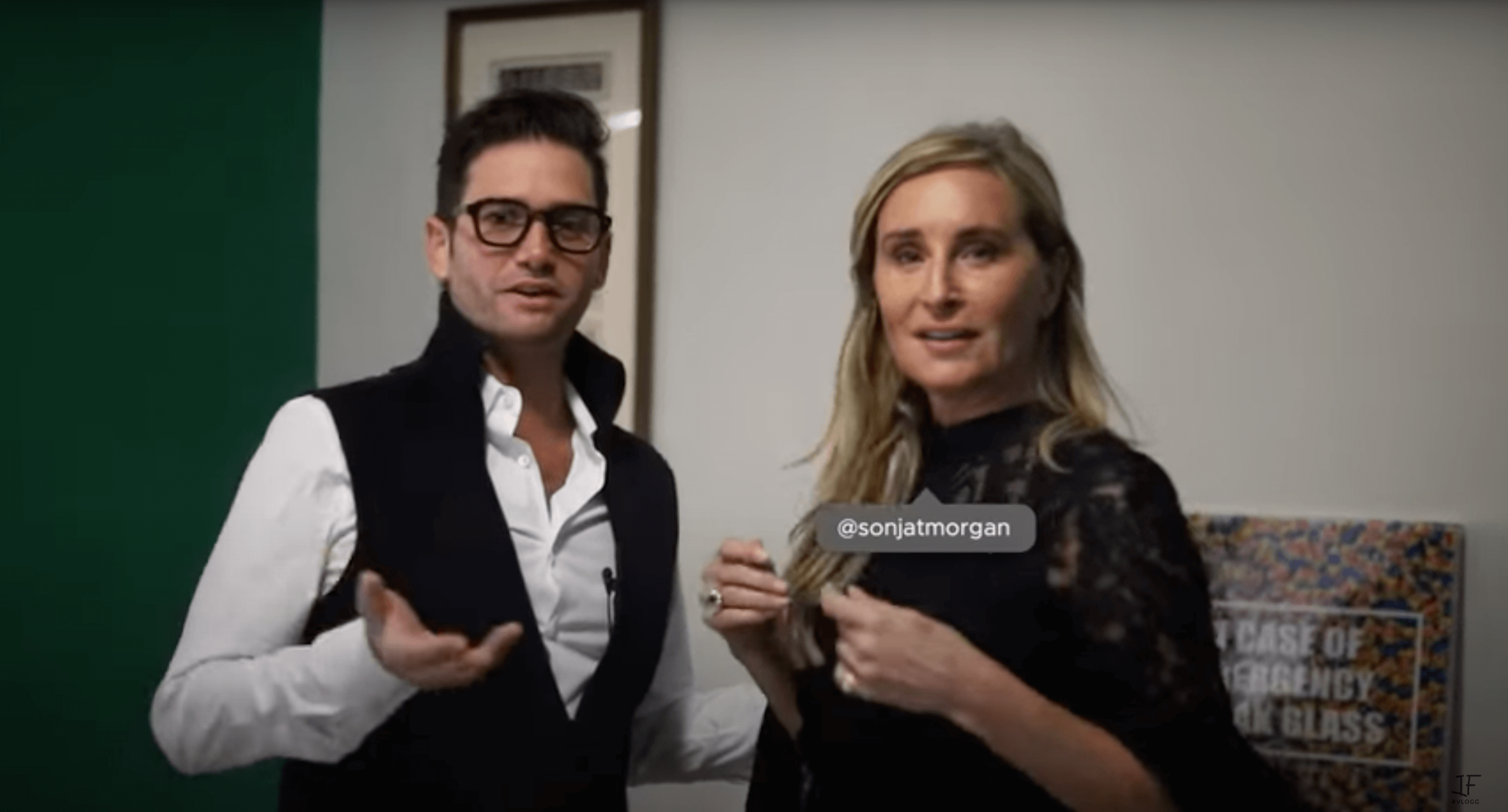 Sonja Morgan is calling her former Real Housewives of New York co-star, Heather Thomson, a liar for alleging that she allowed men to “put lit cigarettes in her vagina”— but a resurfaced YouTube video tells a different story.

Heather Thomson, revealed a shocking detail about the downhill slide of her friendship with former cast mate, Sonja Morgan, in Dave Quinn’s “Housewives” tell-all, “All Diamonds and Rose: The Inside Story of the Real Housewives from the People Who Lived It.”

A popular Bravo fan account shared a screenshot of the Page Six report  about Heather’s claim and Sonja, 57, put the Yummie founder on blast in the comment section.

“This book is really stirring the pot 😂,” Sonja noted in a separate comment.

Sonja alleged that Heather and her hubby, Jonathan Schindler, “wanted a 3 some” in a third comment.

Heather, 51, spoke to Quinn about a turning point incident that went down during Season 7, as the cast was prepping for a trip to Atlantic City.

RHONY viewers will remember Heather becoming upset with Sonja after the Bravo veteran would not allow her and co-star at the time, Kristen Taekman, inside her UES townhouse, during a cold and rainy day.

“That’s actually when I turned on Sonja, because I had literally carried that woman home,” Heather said. “I had scraped her off carpets. I had taken her out of a vestibule where she was letting guys put lit cigarettes in her vagina.”

Heather claimed that she and Kristen were “f–king freezing” as the rain leaked through the walls of Sonja’s entry.

“I was upstairs, and my sister called me to tell me someone we knew had died,” Sonja explained, at the time. “She was supposed to come take care of my daughter [Quincy], but because of this death, she couldn’t. I didn’t have a housekeeper, and I had my daughter there who doesn’t film…anything could go wrong.”

A March YouTube video has been uncovered which appears to corroborate Heather‘s disturbing tale. The video reveals Sonja chatting with “Million Dollar Listing” star, Josh Flagg, about a night out during which the real estate agent  “stuck a cigarette up her [Sonja’s] vagina.” Josh was reminiscing with the designer about old times over cocktails, during a visit to New York City.

“Remember that one time after Townhouse [Bar]? I stuck a Parliament [cigarette] up her vagina once,” Josh, 36, said.

“Oh, God. We woke up the next day, there were so many cigarettes lying around,” Sonja said with a smile.

“I mean literally I stuck a cigarette up her vagina,” Josh recalled.

“I don’t think there’s any truth to that story at all, definitely not,” Leah, 39, told the outlet, on Friday.

“No, and I don’t want to see that,” Luann, 56, said before mouthing the word “horrible,” when asked if she had ever witnessed such a spectacle.